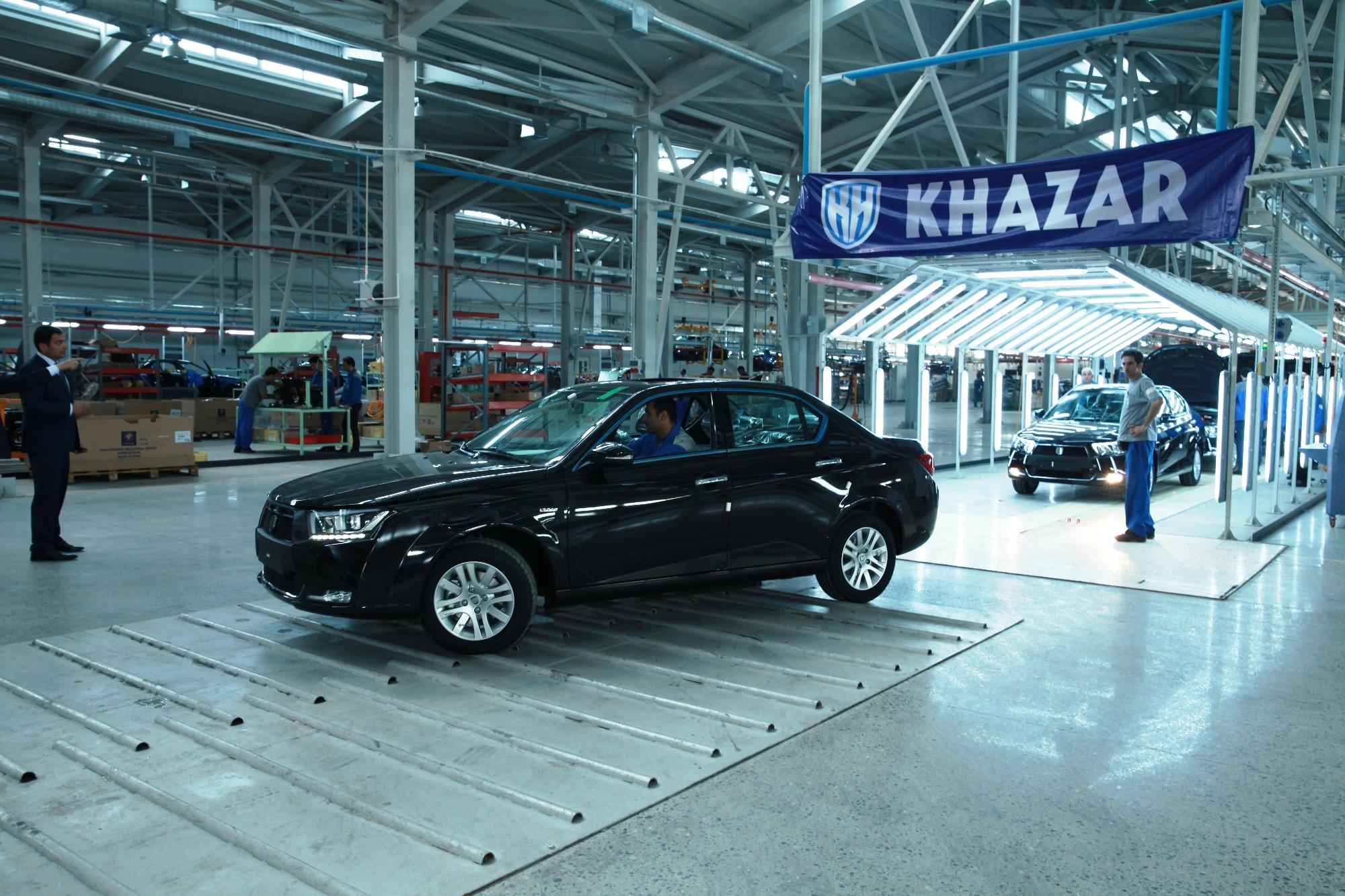 The length and width of the Khazar SD are 4.5 meters and 1.7 meters respectively. The car is equipped with a 1.7-liter gasoline engine of 115 horsepower in line with the Euro-5 gasoline emission standard. / Courtesy

Automobile showrooms in Russia will soon put Azerbaijani cars on the display after the government of Baku announced that the national car manufacturer, Azermash is planning to make inroads into the largest market in the Caspian Sea region.

Bunyad Huseynov, Azerbaijan’s Ambassador to Iran, said in a meeting with the members of the Tabriz Chamber of Commerce on Tuesday that Khazar SD cars, which are manufactured in the Neftchala Industrial Park of Azerbaijan, will soon be exported to Russia. The first batch is expected to include ten automobiles.

Although Huseynov did not give any details about when the exports will be launched, Emin Akhundov, Chairman of the Board at Azermash Company, the manufacturer of Khazar, has earlier said that the company may kick off exports sometime in 2020 after necessary documentation is completed.

“Possibly, the documentation process will finish in 4-5 months,” Akhundov said, according to a report by Banker.az. He added that the process is currently underway.

Azermash has to acquire the Vehicle Type Approval (VTA) document in order to launch exports of Khazar SD automobiles to the 140-million market of Russia. VTA is an official document that gives the right to sell cars within Russia’s borders.

Khazar SD is the Azerbaijani version of Iranian sedan IKCO Dena. The car is assembled at the AzKron car plant that was built jointly by Azermash and Iran’s largest manufacturer, Iran Khodro Company (IKCO) in the Neftchala Industrial Park in Azerbaijan. Azermash invested 75 percent of the overall $14 million to get it started, while IKCO allocated the remaining 25 percent. The facility is able to ultimately churn out 10,000 cars per year. Azermash intends to assemble 6,000 Khazar cars by the end of 2019.

Similar to Dena, Khazar SD is a modernized version of the IKCO Samand model, which was sold in Russia from 2005 to 2009. The base model for Samand is the French Peugeot 405 model of 1987. The length and width of the Khazar SD are 4.5 meters and 1.7 meters respectively, which is slightly longer than the Russian car Lada Vesta. The car is equipped with a 1.7-liter gasoline engine of 115 horsepower in line with the Euro-5 gasoline emission standard.

According to data compiled by the Association of European Businesses (AEB), 157,129 new cars have been sold in Russia in September of this year. In the first nine months of 2019, the overall number of new cars purchased by Russian citizens was slightly more than 1.27 million.

In Azerbaijan, Khazar cars went on sale in July 2018. According to Azermash Director-General Emin Akhundov, the SD model is the most preferred among local customers.