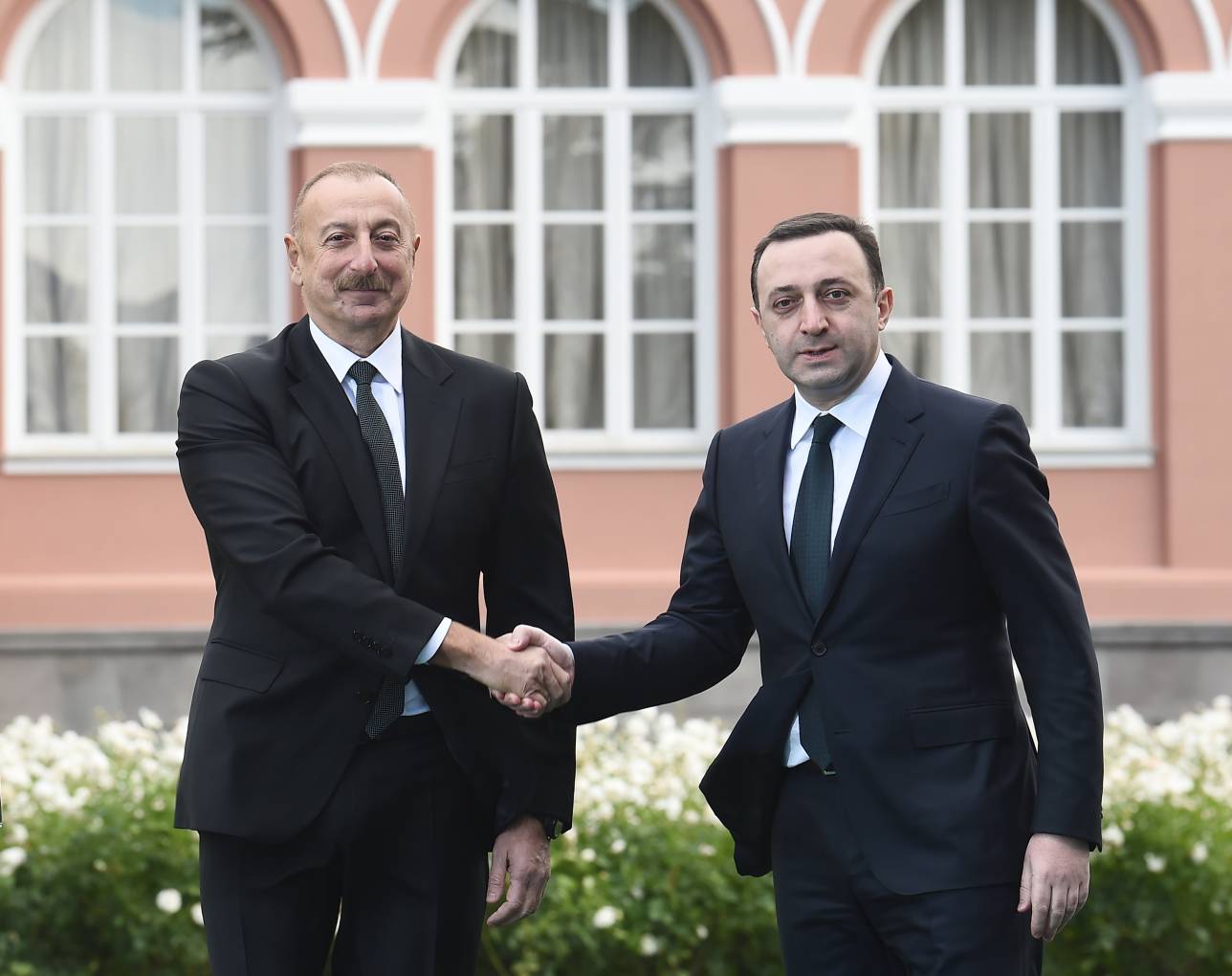 Azerbaijan has prepared an investment package to expand the annual transportation capacity of the Baku-Tbilisi-Kars railway, a vital transport route connecting Europe and China via the territories of Azerbaijan and Georgia.

The statement was made by Azerbaijan's President Ilham Aliyev during his one-day visit to Georgia on Monday.

"I should also say that the volume of cargo transportation between Georgia and Azerbaijan has increased by 75 percent this year," President Aliyev said at the press briefing.

"I want to inform you that we intend to increase the carrying capacity of the Baku-Tbilisi-Kars railway to 5 million tons. For this purpose, Azerbaijan will make additional investment in this project this year and next year. All investment is ready and we have started the process because there is a great need for transport routes across the Caspian Sea through Azerbaijan, Georgia, and neighboring countries."

The 846-kilometer (526-mile) Baku-Tbilisi-Kars (BTK) railway was constructed under an interstate agreement reached by Azerbaijan, Georgia, and Türkiye and launched in 2017.

The BTK will move 17 million tons of cargo per year and 3 million passengers at its height. As of mid-2022, nearly two million tons of cargo have been transported on the route since its launch. The BTK helps cut transit time for goods moving between China and Europe in half, from 25-30 days to just 15 days. Several countries have already expressed interest in using the route for international cargo transportation, including Afghanistan, China, and Kazakhstan.

Meanwhile, Azerbaijan also plans to increase the capacity of the Baku International Sea Trade Port from 15 million to 25 million tons, according to President Aliyev.

"All the instructions have already been given and the funds will be allocated. Therefore, there should be close coordination between Georgia and Azerbaijan in the field of transport. Our joint projects must be completed at the same time," President Aliyev said. "To be a transit country, you must have good relations with your neighbors. Because without good relations with neighbors, no country can become a reliable transit state. Our friendly, brotherly, and partnership relations with Georgia create these opportunities."

The Baku International Sea Trade Port is considered one of the region’s most advanced hubs of its kind with a cutting-edge technical and technological environment and all-inclusive infrastructure opportunities for logistics companies and port users. The largest maritime port in the Caspian Sea has a throughput capacity of up to 15 million tons of cargo, including 100,000 twenty-equivalent units (TEU). The port will ultimately be able to handle 25 million tons of cargo, including 500,000 TEU.

The Baku Port forms a vital part of the Trans-Caspian International Transport Route (TITR), known also as the East-West corridor. The intercontinental route runs from the Chinese Lianyungang seaport to the Chinese-Kazakh border, further through Kazakhstan, the Caspian Sea, Azerbaijan, and Georgia to Europe. Goods from China are transported by railway to the Kazakh seaports of Aktau and Kuryk and further sent to the Port of Baku in Azerbaijan by ships via the Caspian Sea. In Azerbaijan, containers are transported along the Baku-Tbilisi-Kars railway. The route further splits up into two with both leading to Europe — one of them passes through the Turkish cities of Mersin and Istanbul and the Mediterranean Sea, while the other one stretches to the Ukrainian city of Chornomorsk via the Black Sea.