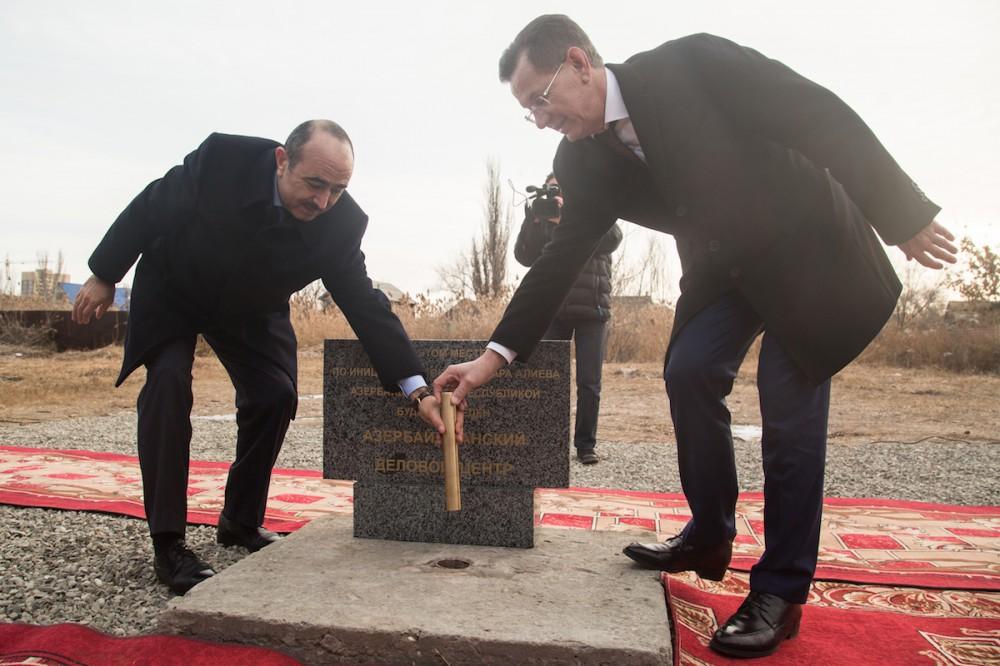 Ali Hasanov, Assistant for Public and Political Affairs to the President of Azerbaijan and Governor of Russia’s Astrakhan region, Alexander Zhilkin, attended a groundbreaking ceremony for the Azerbaijan Business Center in Astrakhan on December 16th.

Hasanov said that the Heydar Aliyev Foundation (HAF) made the opening of the business center possible, which was agreed upon at the Azerbaijan-Russia Interregional Forum held in Baku in November. HAF is a Baku-based organization involved in social and economic issues in Azerbaijan and abroad.

At the groundbreaking ceremony, Zhilkin hailed Azerbaijan-Russia cooperation, adding HAF implemented a number of series of humanitarian projects in Astrakhan.