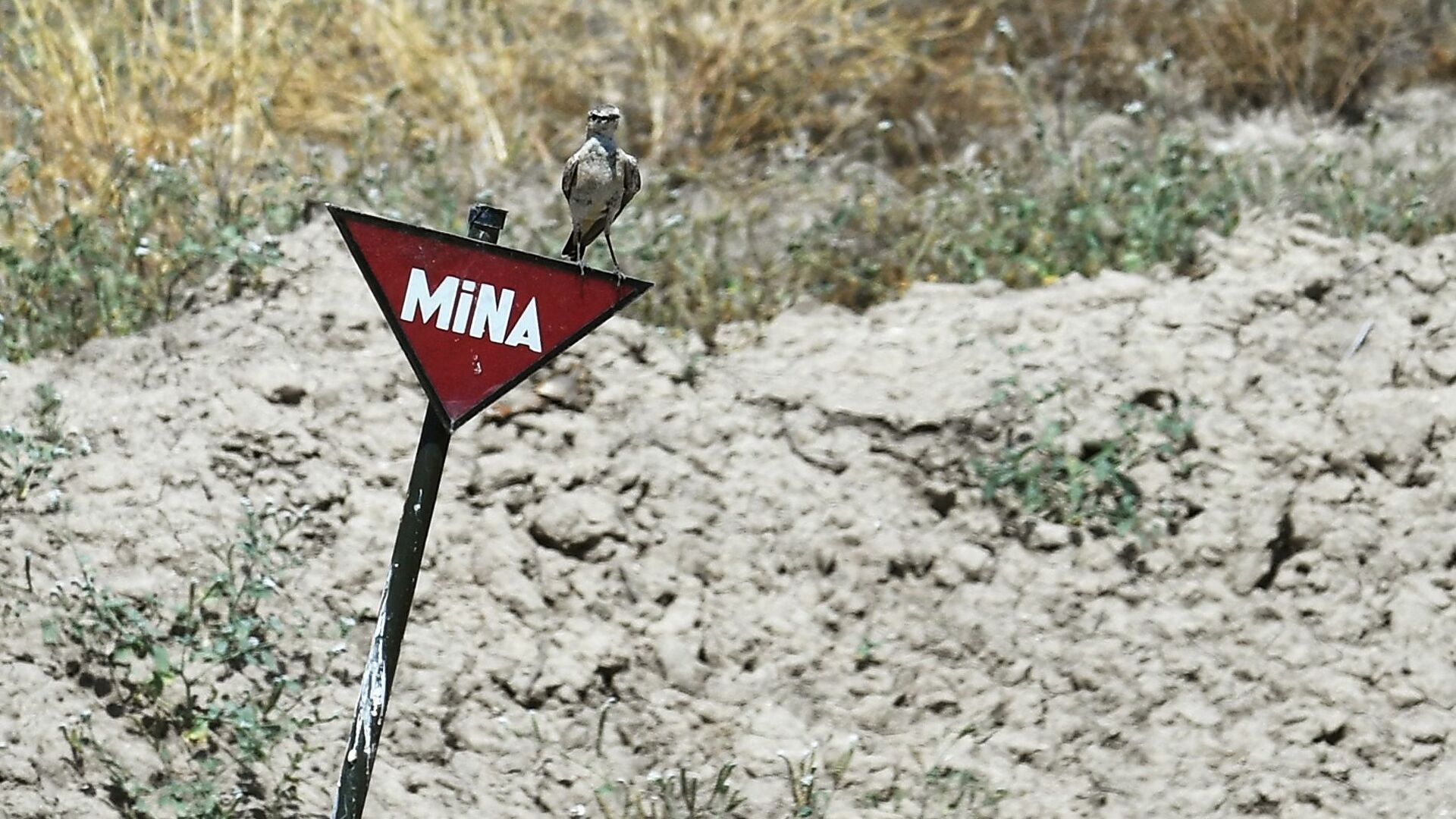 Azerbaijan National Agency for Mine Action (ANAMA) shared the data about year-long clearance activities in the country’s liberated territories, which started in November 2020.

“We have been working based on projects [for mine clearance] submitted by the government, a specialist at the agency told local television.

“Currently, ANAMA participates in various projects such as demining of railways and highways making part of the Zangazur corridor,” he added, referring to a multimodal transport corridor which will connect Azerbaijan's mainland with its Nakhchivan exclave through the territory of modern-day Armenia.

The Karabakh (Garabagh) region, an internationally recognized territory of Azerbaijan, has been mined heavily during its nearly 30-year-long occupation by Armenia since the early 1990s. Armenia kicked off full-blown military aggression against Azerbaijan following the Soviet Union’s dissolution in 1991. The bloody war lasted until a ceasefire in 1994 and saw Armenia occupying 20 percent of Azerbaijan’s internationally recognized territories. Over 30,000 Azerbaijanis were killed, and one million were expelled from those lands in a brutal ethnic cleansing policy carried out by Armenia.

On September 27, 2020, the decades-old conflict between the two countries spiraled after Armenia’s forces deployed in the occupied Azerbaijani lands shelled military positions and civilian settlements of Azerbaijan. During the counter-attack operations that lasted 44 days, Azerbaijani forces liberated over 300 settlements, including the cities of Jabrayil, Fuzuli, Zangilan, Gubadli, and Shusha, from nearly 30-year-long illegal Armenian occupation. The war ended in a tripartite statement signed on November 10, 2020, by Armenia, Azerbaijan, and Russia. Under the statement, Armenia also returned the occupied Aghdam, Kalbajar, and Lachin districts to Azerbaijan.

Azerbaijan National Agency for Mine Action or ANAMA leads the ongoing mine clearance operations in the liberated territories. The agency deployed its specialists and cutting-edge machinery of the Turkish, British, Slovak, and Croatian production there shortly after the hostilities ended in November 2020. Some foreign countries, including France, have announced their plans to provide financial aid to assist mine clearance operations in Azerbaijan. The United Kingdom has allocated half a million pounds for this purpose.

Demining operations, however, have faced many challenges due to Armenia’s refusal to hand over the maps of the areas where the landmines are located.

The Azerbaijani authorities have repeatedly stated that minefields remain one of the main obstacles to reconstruction and humanitarian projects in the liberated territories. Since November 10, 2020, 189 Azerbaijani citizens have been trapped by landmines, of which 36 died. On June 4, 2021, two Azerbaijani journalists and a government official were trapped in a fatal mine explosion in the liberated Kalbajar district.