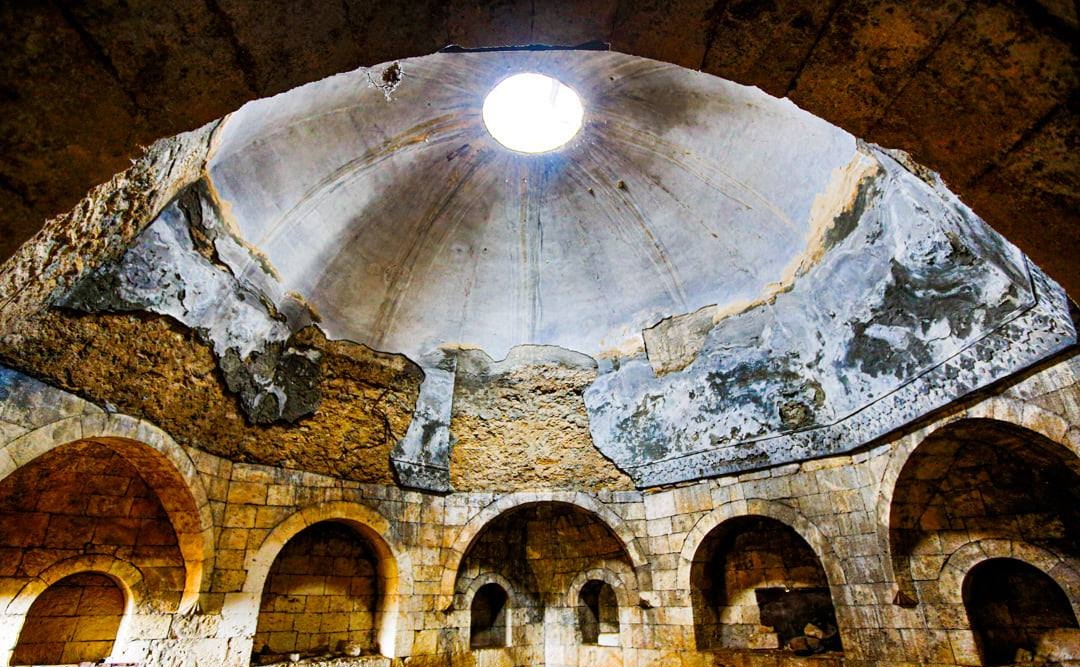 The palace of Azerbaijani Karabakh khanate's (1747-1822) founder, Panahali Khan Javanshir in Aghdam is one of the hundreds of cultural monuments destroyed and looted by Armenia in the once occupied lands of Azerbaijan, January 22, 2021 / Reza Deghati

The Azerbaijani government is considering a smart city concept for new urban planning projects in the Karabakh region. President Ilham Aliyev said technology would be a key element in the rebuilding of territories in the region, which were liberated from Armenian occupation last year.

"Cities and villages to be established in the liberated areas should be based on the concept of a "smart-city" and "smart-village". It would be best if you planned this work now to use the world's most advanced technologies in urban planning and project implementation," President Aliyev said Tuesday in a virtual reception of the country's newly appointed minister of transport, communications and high technologies, President. Az reports.

President Aliyev said the cutting-edge technologies should be brought in every sector outlined in the development plans for the liberated territories, including the construction and infrastructure projects, agricultural activities, energy efficiency and others. The president added that there are ample opportunities to transform the liberated areas into a green energy zone since the region has vast water resources, wind and solar energy potential.

The Azerbaijani government's development plans for the Karabakh region follows its liberation from the occupation of Armenia in a counter-attack operation codenamed "Iron Fist". The war between the two countries erupted on September 27 after a blatant violation of the ceasefire by Armenia. The Azerbaijani army took retaliatory measures to push back the assault. The non-stop exchange of fire turned the clashes into an all-out war, which was the largest since the ceasefire came into effect in 1994.

The 44-day war ended in a tripartite ceasefire statement signed by Armenia, Azerbaijan and Russia. By this time, Azerbaijani forces liberated more than 300 settlements, including the cities of Jabrayil, Fuzuli, Zangilan, Gubadli and Shusha. Armenia returned the occupied Aghdam, Kalbajar, and Lachin districts to Azerbaijan by December 1 as part of the obligations it took under the ceasefire deal.

Azerbaijan's victory paved the way for the legal involvement of various interested parties in the development of once occupied and devastated lands. A major state-run restoration and reconstruction campaign in the liberated areas got support and interest from Turkey, Great Britain, Italy, Hungary, Japan, Israel, Iran and others. A leading GOSB techno-park of Turkey is expected to team up with the Azerbaijani counterparts to create a joint high technologies park in the region, which will be dedicated to research and the production of high-tech devices. The British ambassador to Baku, James Sharp, confirmed discussions about the creation of smart cities in the Karabakh region with the Azerbaijani government officials.