Azerbaijan Makes It to Eurovision 2019 Finals 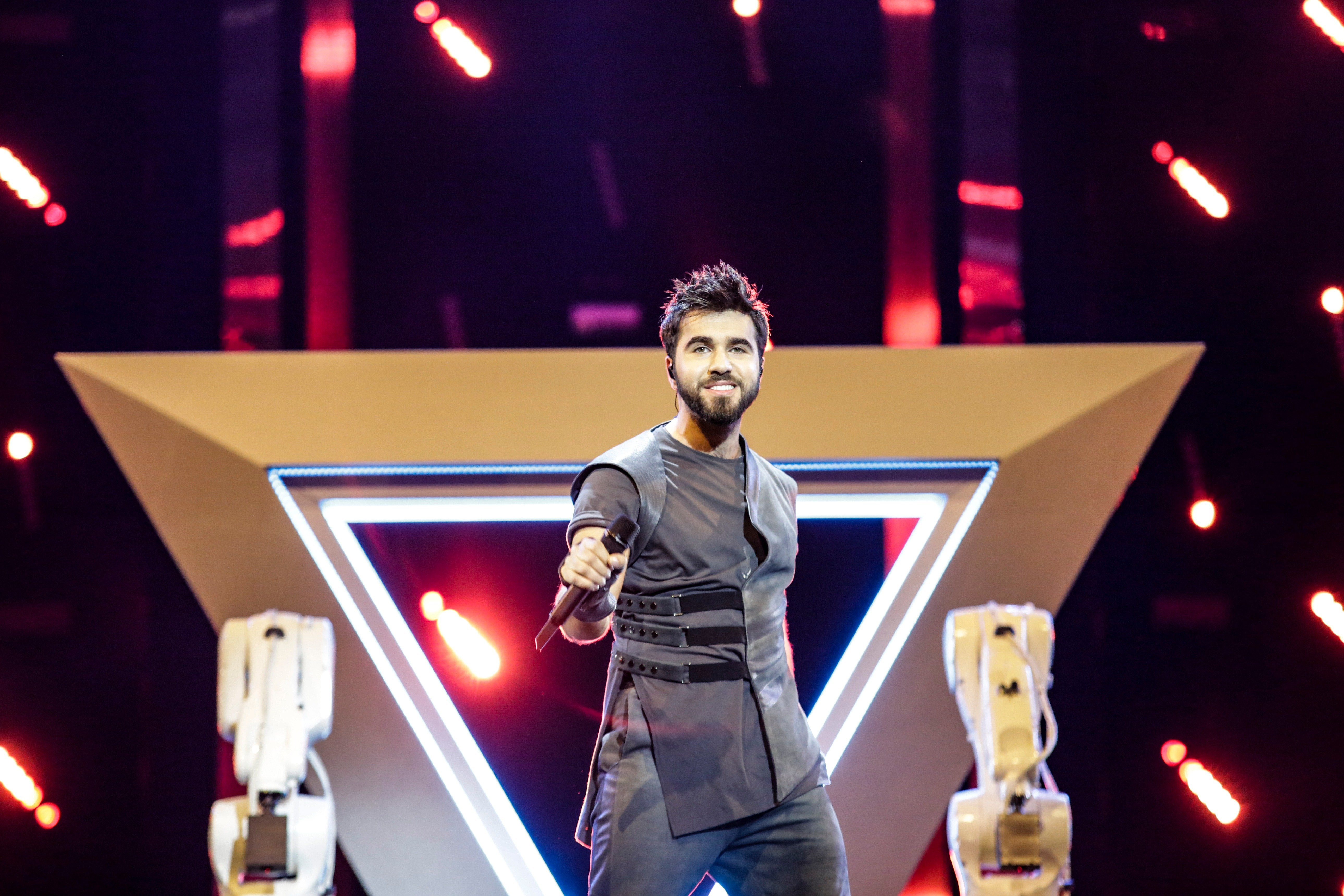 Azerbaijani singer Chingiz Mustafayev secured a place in the final of the 2019 Eurovision Song Contest with his hit song “Truth,” after 18 countries faced off in the second semi-final on May 16.

Chingiz, who won Azerbaijan’s Pop Idol at the age of 13, impressed the audience with help from two laser-pointing robot arms that helped him heal his broken heart.

“The idea is that my heart is broken and I need to replace it with a bionic one. Some robot helps me literally get rid of it and forget about my ex. I realize that only accepting the truth and leaving my toxic love behind can heal me,” the Azerbaijani singer explained long before his Thursday’s semi-final.

The 28-year old Chingiz will again perform his song during the grand final show that is scheduled for May 18.

“I’m not sure about the surprises, but it will be better than in the semi-final,” he told journalists after being asked if there will be any surprises in his final performance.

Azerbaijan made its debut in the Eurovision Song Contest in 2008 and has managed to make it to the final round every year since then, except for 2018 when the country’s representative failed to qualify.

In 2011, the duo Elnur and Nigar, also known as Ell & Nikki, won the contest with 221 points. This year Azerbaijan has a chance of scooping the Eurovision champion title once again, according to Betfair, the world’s largest online betting exchange, which listed Azerbaijan’s odds of winning at 12/1.

At the same time, Betfair’s number-one favorite is Duncan Laurence from the Netherlands with his song “Arcade.”

“Russia at 9/1 and Italy and Azerbaijan both at 12/1 round out the top five in the betting, but the Netherlands definitely look the ones to beat,” Betfair spokesperson Katie Baylis said, according to reports in the British newspaper Express.

Meanwhile, Russia’s representative Sergey Lazarev is no stranger to Eurovision. He participated in the 2016 contest, finishing third with his performance of “You Are the Only One.” This year, the 36-year old singer from Moscow will perform a new song called “Scream” with meteors, lightning, and thunderstorms swirling on the stage behind him.

“I’m so happy to be back here and feel all these great emotions that I missed so much. Of course, I was nervous in 2016, I was nervous tonight, but the feeling I got was so amazing, and the crowd and the audience support was incredible, so thanks for that. Now I only hope for the best,” Lazarev said at a press conference that took place at Expo Tel Aviv following Thursday’s semi-final.

Earlier this week, in the first semi-final, Greece, Belarus, Serbia, Cyprus, Estonia, Czech Republic, Australia, Iceland, San Marino and Slovenia made it through to the final. Those automatically bypassing semifinals are the “Big Five” – France, Germany, Spain, Italy, the United Kingdom – and Israel as the host country.

Music lovers were taken by surprise after the organizers of the annual contest confirmed that Madonna will perform on Saturday night. The Queen of Pop will sing two songs in Tel Aviv including her 1989 hit “Like A Prayer,” with a 35-strong choir.