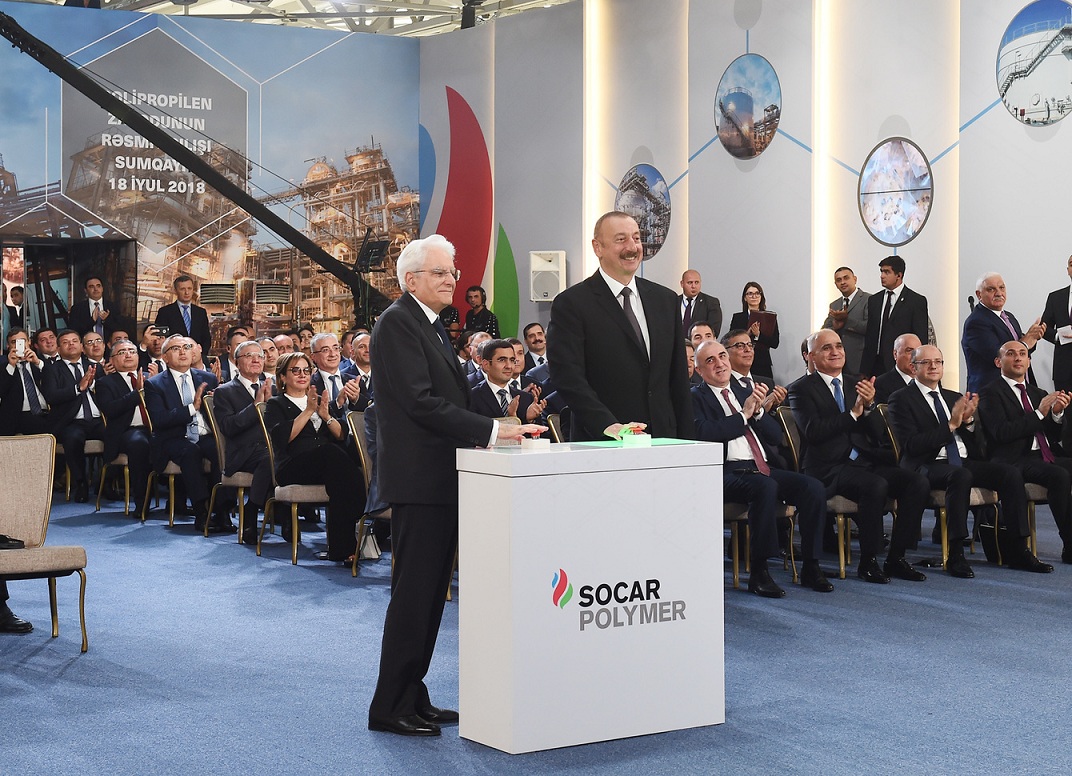 The long-anticipated launch of a polypropylene factory in Azerbaijan, the one and only of its kind in the country, took place during Italian President Sergio Mattarella’s first visit to the Caspian country on July 18.

“Today is a very remarkable day in our country's life,” President Aliyev said in the opening ceremony referring to the new chemical plant’s going online.

The factory is co-sponsored by Azerbaijan’s state-run energy conglomerate SOCAR and was built by the leading engineering and construction company Maire Tecnimont, headquartered in Milan. The new enterprise, located at the Sumgait Chemical Industrial Park, is an integral part of the SOCAR Polymer, the first large-scale international petrochemical industry project of Azerbaijan. 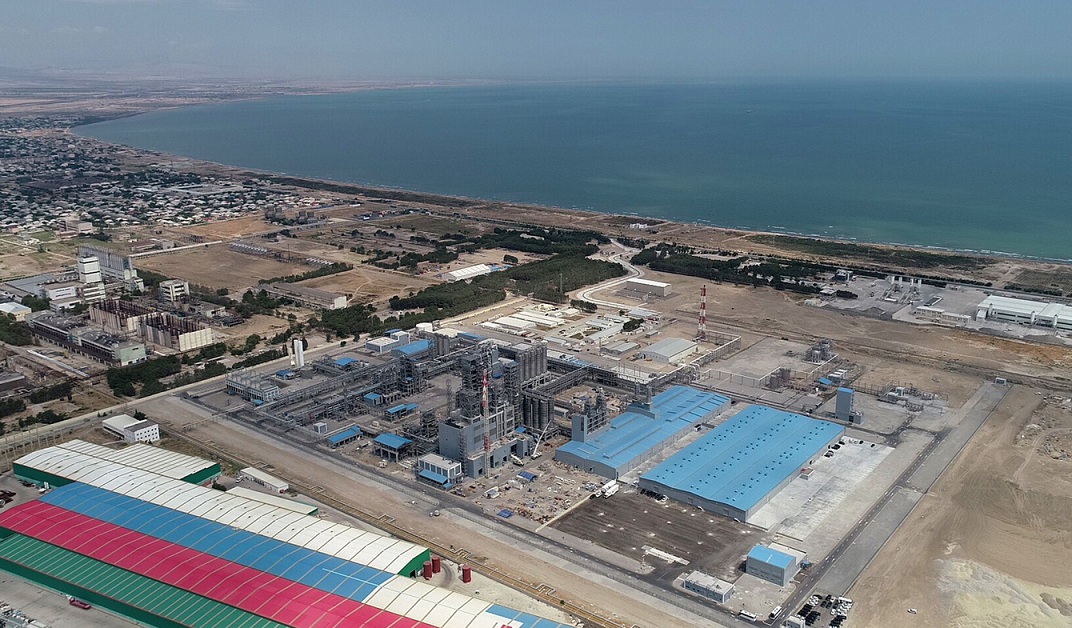 SOCAR Polymer project was established on July 16, 2013. Two production facilities consisting of polypropylene and high-density polyethylene plants comprise the project. With a respective production capacity of 184,000 and 120,000 ton per year, both facilities are identified as the pillars of Azerbaijan’s non-oil industry. SOCAR Polymer plants came with a price tag of about $816 million.

Preliminary estimates show that SOCAR Polymer plants will increase Azerbaijan’s export revenues within the non-oil sectors by 19 percent, and the gross domestic product of the Absheron economic region by 15 percent.

The new polypropylene factory will churn out 184,000 tons of 19 different polypropylene products per year. Sixty trucks loaded with the finished products will leave the factory each day for supplying raw materials to farmers. The plant will also strengthen Azerbaijan’s petrochemical export potential with 70 percent of the overall production supplied to foreign markets.

Polypropylene is the primary material used in the production of packaging materials, textiles, stationery, automotive parts, electronic and electrical appliances, and many other types of consumer goods and assemblies. Polypropylene is said to be "ecologically clean" and is considered to be one of the most important plastic products that can safely be used in food packaging and in all industries related to the medical industry.

Polypropylene is a white-colored solid synthetic thermoplastic non-polar polymer belonging to the class of polyolefins. This is the second most important standard plastic after polyethylene applied in most diverse applications ranging from packaging to household appliances, clothes, and vehicles. Global consumption of polypropylene in 2007 reached 45 million tons and experts predicted the volume to grow by 85 million tons in 2017. The latest report by Ceresena, a leading market research company, estimated the demand for this type of plastics to grow by, on average, 3 percent per year, until 2024.

The polyethylene plant will come online by the end of this year, and begin manufacturing 120,000 tons of product. This will mainly replace Azerbaijan’s current reliance on high-density polyethylene imports with domestic production, while at the same time stimulate the country's export potential.

“Considering a multiplication effect of such projects on the economy, [implementation of the SOCAR Polymer project] will result in opening numerous small and medium enterprises, as well as a huge number of new workplaces [in Azerbaijan],” SOCAR’s President Rovnag Abdullayev said at the opening ceremony of the plant on Wednesday.