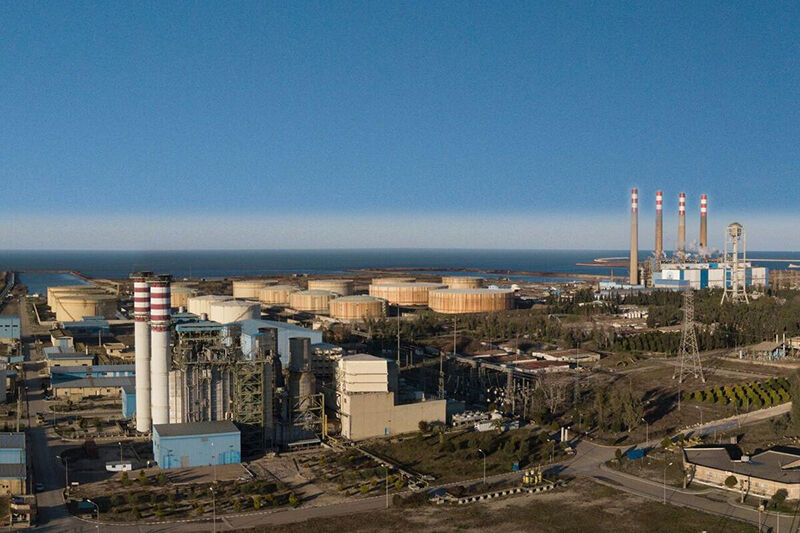 Iran, Russia and Azerbaijan signed an agreement on the joint development of a feasibility study for a project to connect the energy systems of the three countries, on August 12, 2019. / IRNA news agency

Russia, Iran and Azerbaijan have signed an agreement on a joint feasibility study to connect power systems of the three Caspian littoral states.

“On August 12, Russia, Azerbaijan and Iran signed an agreement on joint development of a feasibility study of a project to create the North-South power corridor between the power systems of the three countries”, RIA Novosti quoted a statement issued by Russia’s energy system dispatcher.

The feasibility study is expected to encompass the technical and economic aspects of the conditions for connecting the power systems and explore the possibilities for electric power transmission.

The idea of linking to each other’s grids has been in the works for years.

In 2015, Iran and Azerbaijan signed a memorandum on the exchange of electricity. The two neighbors can exchange a total capacity of 700 megawatts. Iran’s capacity to export electricity to neighboring countries is almost 2,000 megawatts with the bulk going to Afghanistan, Pakistan and Iraq.

"At present, Azerbaijan has increased electricity generation, so the North-South energy corridor is its opportunity to increase non-oil exports,” Ibrahimov said. “Both Iran and Russia need additional energy transportation in the winter seasons, so network synchronization and the transfer of excess energy from Azerbaijan to neighboring countries will have a positive effect both in trade and in economic terms.”

“The North-South project will provide our countries with timely supply of electricity in case of such a need,” he added.

Meanwhile, at the Caspian Economic Forum held in Avaza, Turkmenistan on August 12, Russia and Iran expressed opposition to the construction of the Trans-Caspian Gas Pipeline through the Caspian Sea due to ecology concerns.

The West has long encouraged prospective trans-Caspian pipelines as part of its efforts to diversify energy sources for Europe, while Russia and Iran have watched the plans with unease. More energy exports from the Caspian would compete with energy shipments from Russia, which has sought to expand the sales of its oil and gas to European markets.

"The construction of a gas pipeline from the east to the west of the Caspian Sea could cause severe damage to the region’s ecology,” Behruz Namdari, an official of Iran's National Gas Company said. “Iran is opposed to its construction."

He added that Iran was offering its neighbors opportunities to use its infrastructure, including gas pipelines and terminals, to supply gas to world markets.

The consortium’s proposal would see it laying 300 km (186 mi.) of pipeline, design and build gas treatment plants and compressor stations and all kinds of other essential infrastructure. No estimate has been provided as to what all this would cost, however.

Turkmenistan would like to see its gas transited through the Trans-Caspian Gas Pipeline flow westward to European markets via Azerbaijan, which is the basis for the Southern Gas Corridor. However, Iran is trying to attract Turkmenistan into its gas network – a move that would allow Tehran to charge a transit fee for energy exported outside the country.