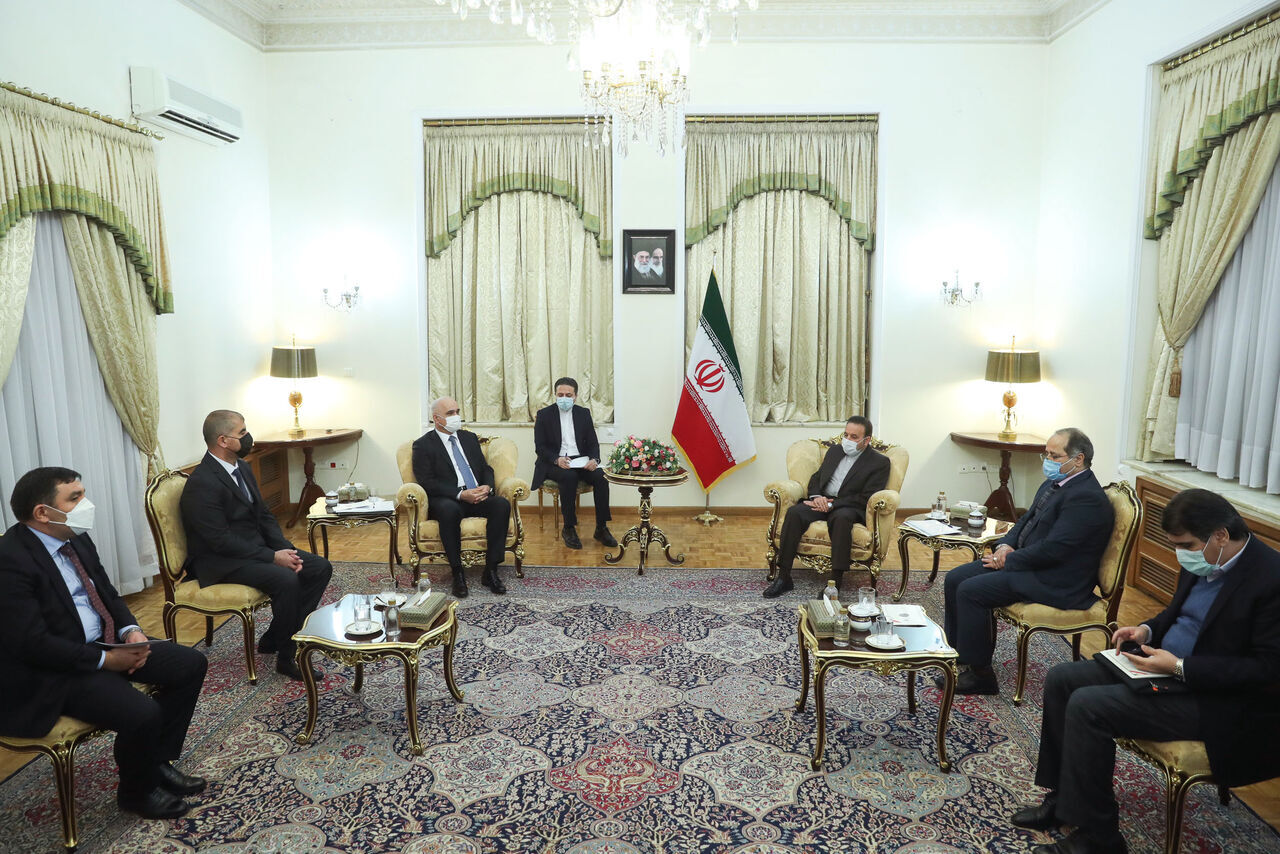 Azerbaijani and Iranian ministers have agreed to build a hydroelectric power plant at the Khudafarin Dam, which was recently liberated from Armenia's occupation during the Second Nagorno-Karabakh War.

"An agreement was signed between the government of Iran and the Republic of Azerbaijan four years ago to complete the dam and it was approved by Iranian Parliament as well," Iranian Reza Aradakanian said on the sidelines of a cabinet session on December 23, adding Iran had some disagreements with the Republic of Azerbaijan over the financial calculations of the Khudafarin Dam power plant.

"Yesterday [22 December], we agreed with the Azerbaijan Deputy Prime Minister Shahin Mustafayev on this issue and we will immediately start building hydroelectric power plants at the Khodaafarin Dam," he was quoted as saying by the Islamic Republic News Agency.

The Iranian minister said that the executive operations of the Khudafarin Dam on the Araz River on the country's border with Azerbaijan, started about 20 years ago, adding that "this dam is important and can regulate about 1.6bn cubic meters of water throughout the year."

In addition to irrigating agricultural land, two hydropower plants with a total capacity of 280 MW can generate electricity.

The Khudafarin Dam (also spelled as Khoda-Afarin Dam) - an earth-fill embankment dam on the Araz River - is located 8 kilometers (5.0 mi) west of Khomarlu in the East Azerbaijan Province, Iran and 14 kilometers (8.7 mi) southwest of Soltanlı in Jabrayil District, Azerbaijan. Armenia occupied the area in 1993, during the First Nagorno-Karabakh War, but on 18 October 2020, the Azerbaijani forces retook control of the dam.

On December 22, Iranian Energy Minister Reza Ardakanian said at a joint press conference with Azerbaijani Deputy Prime Minister Shahin Mustafayev that the synchronization program of the electricity network of Iran and the Russian Federation is on the agenda through the Republic of Azerbaijan, and all three countries have agreed on this issue.

In this regard, Mustafayev also said Azerbaijan cooperates with Iran to synchronize Iran, Azerbaijan and Russia's electricity networks, and the necessary infrastructure has been provided.

After a meeting with Azerbaijani Deputy Prime Minister Shahin Mustafayev on December 22, Head of Iran's Presidential Office Mahmoud Vaezi told reporters that Iran considers its border with Azerbaijan border of peace, friendship and brotherhood. Vaezi said that economic and trade relations between the two countries were not severed even for a day during the outbreak of coronavirus, adding that the two countries should do their best to accelerate the implementation of joint projects such as the construction of railways, dams and power plants in order to pave the way for the expansion of interactions and relations.

The latest outbreak of war in Azerbaijan's Karabakh region started on September 27 after Armenia's forces deployed in the occupied Azerbaijani lands shelled military positions and civilian settlements of Azerbaijan. Non-stop artillery attacks prompted counter-offensive measures by the Azerbaijani forces. As a result, the Azerbaijani army liberated over 300 settlements, including five cities, from Armenia's occupation. Hostilities ended on November 10 after a trilateral ceasefire agreement was signed by Azerbaijan, Armenia and Russia. Under the deal, Armenia returned the occupied districts of Aghdam, Kalbajar and Lachin to Azerbaijan by December 1.

Armenia and Azerbaijan were locked into a decades-old conflict over the Nagorno-Karabakh (Daghlig Garabagh) region, which is an internationally recognized territory of Azerbaijan. Following the Soviet Union’s dissolution in 1991, Armenia launched a military campaign against Azerbaijan that lasted until a ceasefire deal was reached in 1994. Armenia occupied 20 percent of Azerbaijan’s internationally recognized territories including the Nagorno-Karabakh region and seven surrounding districts. Over 30,000 ethnic Azerbaijanis were killed and one million were expelled from those lands in a brutal ethnic cleansing policy conducted by Armenia.