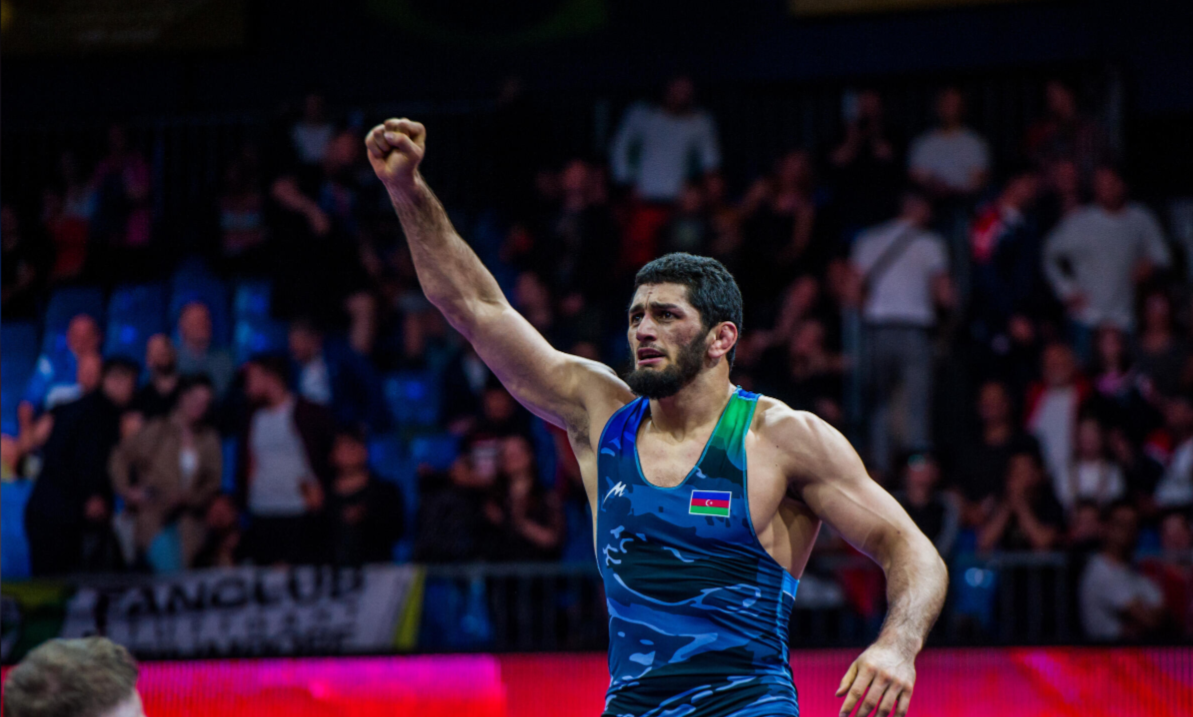 Magomedkhan Magomedovitch won the gold medal for the country in the 97 kg category. Aliabbas Rzazade, Haji Aliyev, Ashraf Ashurov, and Abubakr Abakarov claimed the silver medals in the 57kg, 65kg, 79kg, and 86kg categories, respectively. Turan Bayramov and Osman Nurmagomedov took the bronze prize in the 74kg and 92kg classes.

The Azerbaijani wrestlers ultimately scored 159 points to crown the European Championships, which brought together national teams from 28 countries. Turkish and Georgian athletes followed the national team of Azerbaijan in the team rankings of the tournament.

The recent achievement in Budapest clinched the third European gold for the senior men’s freestyle wrestling team of Azerbaijan, which won the same prize in 2009 in Lithuania and 2017 in Serbia.

In the meantime, earlier in March, the country’s national team topped the team rankings in the U-23 European Championship, which took place on March 7-13 in Plovdiv, Bulgaria.

The ongoing 2022 European Championships in Budapest will wrap up on April 3. It also features tournaments in Greco-Roman wrestling and Women’s wrestling.