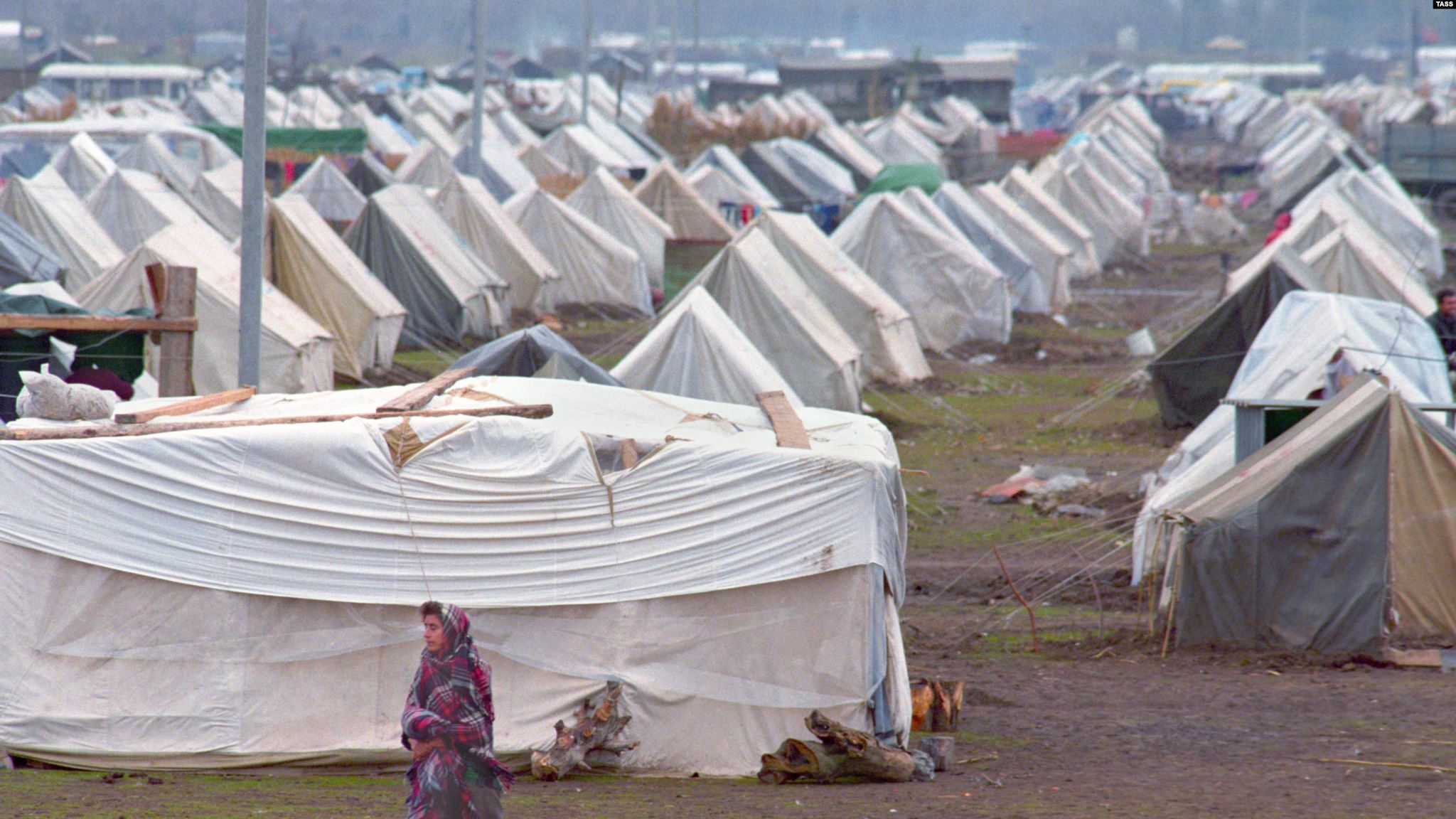 The Azerbaijani government filed on Monday its Memorial in the International Court of Justice (ICJ) to present huge compilations of evidence documenting decades-long injustice committed by Armenia against Azerbaijanis by displacing, killing, and harming them in a state-sponsored ethnic cleansing campaign.

The document explains that the conscious and deliberate policy of ethnic cleansing based on national identity and origin aimed to create an ethnically pure Armenian settlement on Azerbaijan’s territory through destruction, looting, and exploitation of Azerbaijani districts.

The evidence collected by the Azerbaijani side testified to mass destruction of hundreds of thousands of lives, countless families and communities, irreplaceable cultural heritage and the environment preventing all Azerbaijani citizens from returning to their homes in Karabakh region of Azerbaijan.

“To this day, hundreds of thousands of Azerbaijani IDPs still cannot return to their former homes. Entire towns, such as Fuzuli, Aghdam, Jabrayil, Gubadli, Zangilan, Kalbajar were destroyed as part of Armenia’s occupation and “scorched earth” policy when it retreated from the then-occupied territories following the war in 2020. 95% of all buildings located in Azerbaijan’s Karabakh region were razed to the ground since Armenia’s occupation in 1991,” the press release reads, according to Azerbaijan’s Foreign Ministry.

It adds that Armenia remains committed to the same destructive policy even after the war in 2020 by planting landmines in Azerbaijani territories, including civilian settlements and homes, which killed or severely injured 282 Azerbaijanis since the end of the war.

Based on the extensive evidence submitted, the Azerbaijani government has requested that the ICJ declare Armenia as responsible for wholesale violations of human rights of Azerbaijanis, as well as establish the government of Armenia responsible for ethnic cleansing, including through unlawful killing, torture, destruction and dispossession; cultural erasure; the promotion of hatred against Azerbaijanis; failure to promote tolerance of Azerbaijanis among the Armenian population; and state sponsorship of armed hate groups in Armenia.

According to data compiled by the Azerbaijani government, 3,890 Azerbaijani citizens, including 71 children, 267 women, and 326 older adults, went missing during the First Karabakh War between 1991 and 1994. Baku demands assistance from Armenia in investigating the fate of these people, but this request remains unfulfilled.

The remains of at least 40 Azerbaijanis were found in two separate mass graves discovered in the Khojavand district in February and October of last year. Examinations confirmed them to be the servicemen that were captured, tortured, and killed by the Armenian troops.

Earlier, the remains of 12 civilians were found in the Kalbajar district, where the Armenian armed forces committed the Bashlibel mass murder in 1993. In addition, mass graves of the Azerbaijanis were found in the Dashalti village near Shusha city, and the Farrukh height in the Khojaly district.

Cultural vandalism by Armenia was common in the once occupied Azerbaijani territories, and footage depicting mass destruction of the monuments during the years of occupation went viral after the liberation of the territories. Affected sites included mosques, memorials, museums, statues and more. The city of Aghdam, where the Bread Museum was located, as well as the city of Fuzuli, were completely razed to the ground, now resemble ghost towns.

According to data compiled by the Ministry of Culture of Azerbaijan, based on the statistics from the early 1990s, some 2,625 monuments were registered in the occupied territories, of which 706 were protected by the state. Hundreds of cultural institutions, including 927 libraries with 4.6 million books, 808 palaces of culture, clubs, and houses of culture, 85 music and art schools, 22 museums and museum branches with more than 100,000 exhibits, four art galleries, four theaters, two concert halls, eight cultural and recreation parks have been destroyed and looted.

The city of Aghdam has been referred to as a “ghost town” and “Hiroshima of Caucasus” due to the scale of destructions by Armenians, who turned it into the largest “home depot on the planet” by plundering and ransacking its properties to use as building supplies. The district has also suffered a “mine terror” by the Armenian forces being mined heavily during the decades of occupation.