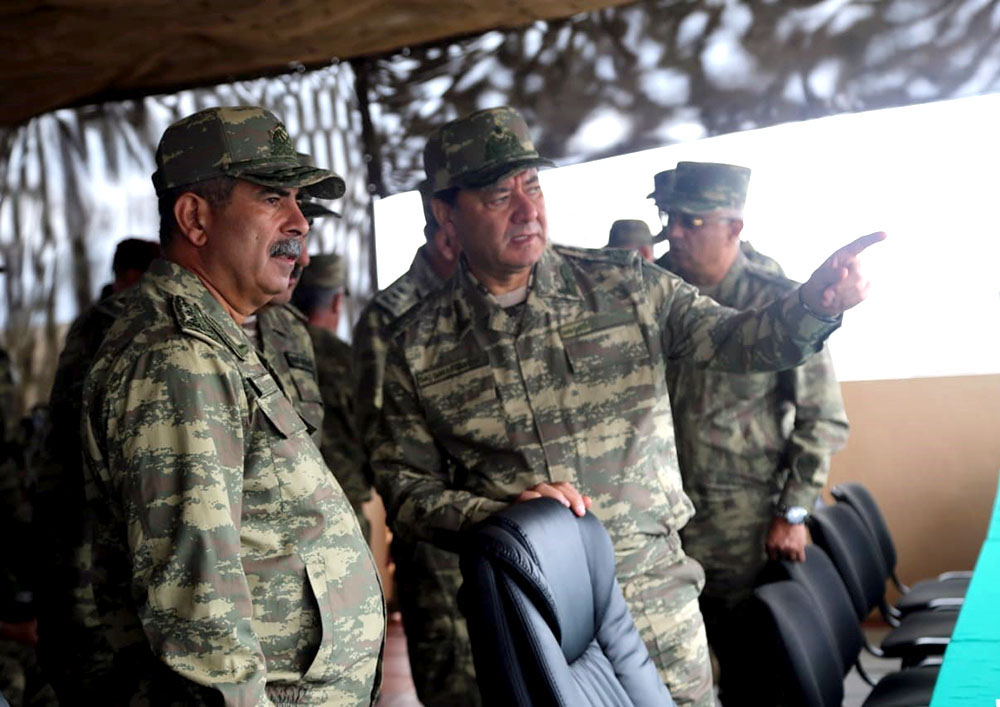 Azerbaijan’s government is increasing defense spending this year, allocating 4.6 percent more money than was budgeted in 2018, setting a record-high amount that will be used to support the country’s national security infrastructure.

Colonel-General Najmaddin Sadikov, Chief of General Staff of the Armed Forces of Azerbaijan, said the budget plans for 2019 will increase the national defense and security expenditures by 132.4 million Azerbaijani Manats (AZN), or $78 million.

"For supporting the defense capabilities and national security of the country in 2019, it is estimated to allocate 3.37 billion AZN (almost $2 billion), which is 4.6 percent more than in 2018, " Sadikov said in an interview with the state-run journal Milli Majlis (“the parliament”) last week, according to Marja.az. Sadikov said that the projected increase in the defense budget will allow equipping Azerbaijan’s armed forces with new hardware and technologies.

The Armed Forces of Azerbaijan is comprised of the Land Forces, Air and Air Defense Forces, and the Navy. Associated forces include the National Guard, the State Border Service and the Internal Troops of Azerbaijan.

While Azerbaijan imports armaments from countries such as Russia, Turkey and Israel, it has also established a domestic defense manufacturing industry. The Istiglal and Mubariz-12.7 anti-materiel rifles, the YIRTIJI-7.62 and Yalguzag sniper rifles, and vehicles such as the Gurza armored patrol car and the Tufan mine resistant ambush protected (MRAP) vehicle are just some of the equipment produced locally.

Azerbaijan has recently upgraded its arsenal with the Polonez multiple launch rocket systems, procured from Belarus. In June 2018, President Ilham Aliyev unveiled the Polonez during a visit to an Azerbaijani military unit, and later that month the system was put into operation.

Baku’s interest in upgrading weapons systems capabilities is linked to a need for strong defense capabilities against the backdrop of an armed conflict with neighboring Armenia, which has waged a war for land since the early 1990s. Twenty percent of Azerbaijan’s internationally recognized territory, namely the Nagorno-Karabakh region and seven surrounding districts were occupied by Armenia during a full-scale war that lasted from 1991 until a ceasefire deal in 1994 and remains under occupation to this day.

The bloody war claimed the lives of over 30,000 Azerbaijanis and expelled one million more from their homeland. Four UN Security Council resolutions passed between April and November 1993 condemning Armenia’s occupation and demanding a full withdrawal of its forces from the occupied Azerbaijani regions remain unfulfilled to this day. While the conflict is sometimes dubbed one of the world’s ‘frozen conflicts’, war clouds are always looming over the two countries, as Armenian troops continue to occupy Azerbaijani territories.