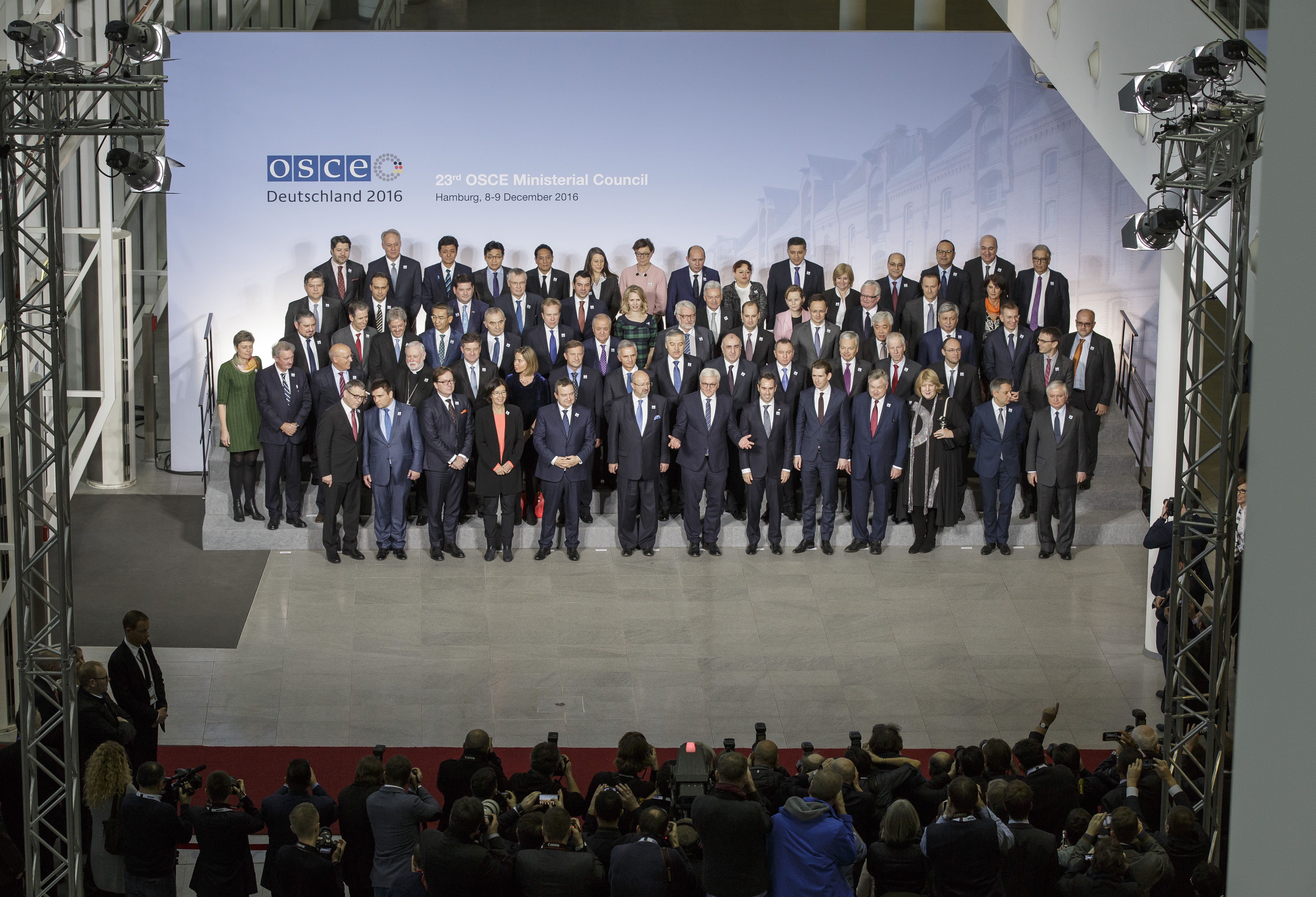 OSCE Foreign Ministers and Heads of Delegations pose for a family photo at the 23rd Ministerial Council in Hamburg, 8 December 2016. / Auswaertiges Amt/photothek.net

On December 8th, in Hamburg, the Foreign Ministers of Azerbaijan and Armenia deliberated the Nagorno-Karabakh (NK) conflict, a long-lasting territorial dispute.

Spokesman to the ministry, Hikmat Hajiyev, said on December 9th that the discussion between Elmar Mammadyarov and Edward Nalbandian took place at a working dinner organized by the Co-Chairs of the Minsk Group of the Organization for Security and Cooperation in Europe (OSCE). Mr.Hajiyev revealed no further details about the ministers’ exchange.

Hamburg hosted the 23rd Ministerial Council of OSCE, gathering the foreign heads from the member states to hold talks about the organization’s activities and security issues in the OSCE area.

Earlier, speaking regarding the NK conflict at the council, Mr.Mammadyarov underscored the unlawful presence of the armed forces of Armenia in the occupied territories of Azerbaijan as the “major impediment to political settlement of the conflict.”

To reiterate Azerbaijan’s decisive stance on the conflict’s settlement, the minister conditioned withdrawal of Armenian troops from the occupied lands to be the main basis for step-by-step elimination of the conflict’s outcomes.

“The months ahead will demonstrate if Armenia is a serious partner for peace, genuinely interested in engaging constructively in substantive negotiations to resolve the conflict or we will continue down the road of further instability and conflict.”