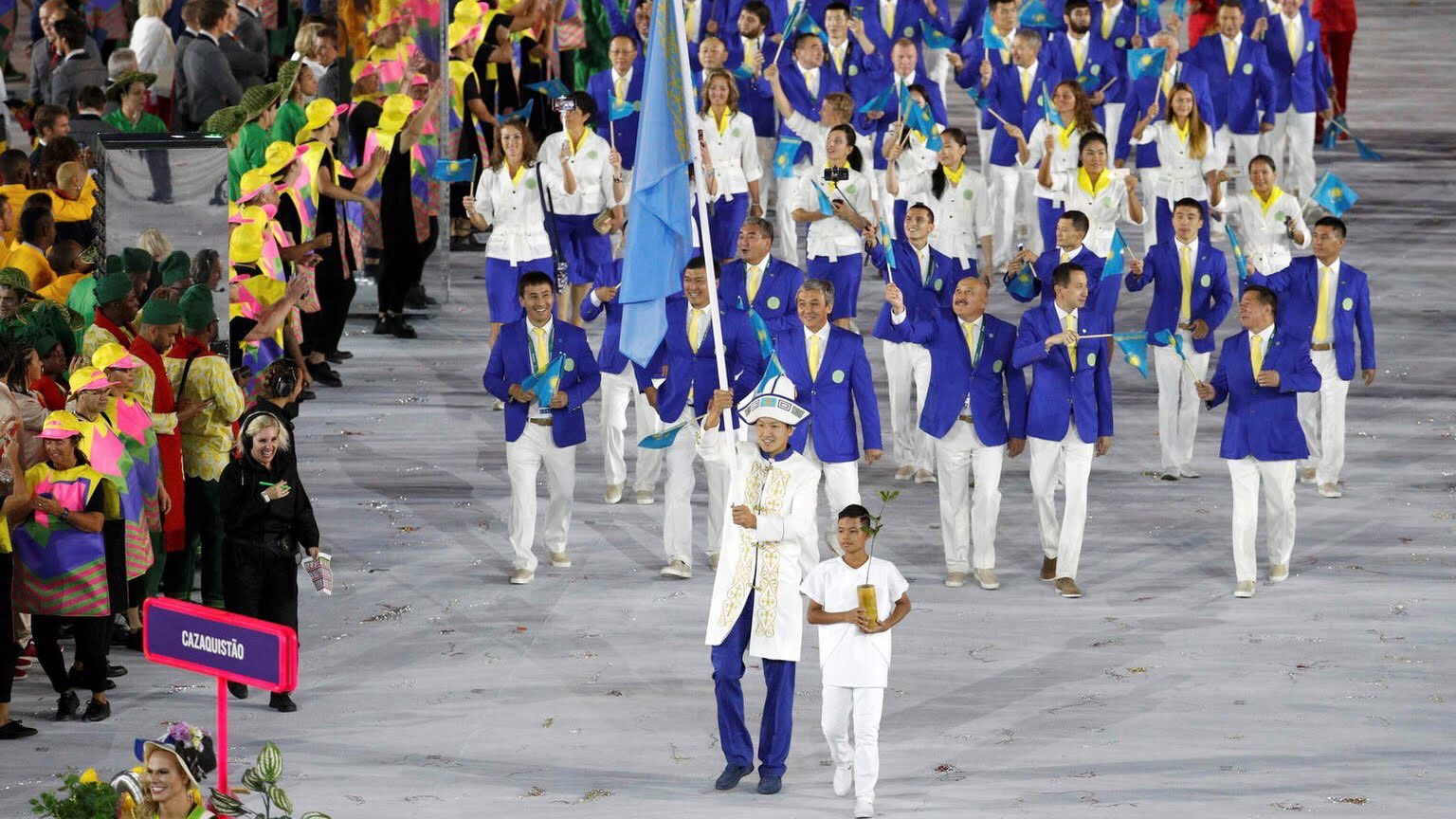 Flag bearer Ruslan Zhaparov of Kazakhstan leads his team during the Opening Ceremony of the Rio 2016 Olympic Games at Maracana Stadium on August 5, 2016 in Rio de Janeiro, Brazil.

Kazakhstan will have at least thirty athletes at Tokyo 2020 Olympics, the world’s leading sporting event, said the country’s officials on Monday.

‘‘We wish our athletes great luck, big victories, and to make a decent appearance as representatives of Kazakhstan on the world stage of the Olympic Games,’’ said Aktoty Raimkulova, Kazakhstan’s minister of culture and sports, according to a report by Inbusiness.

Meanwhile, these Games will see the introduction of new and additional competitions and new disciplines, such as sport climbing, surfing, skateboarding, and karate, which will feature two types of events, Kumite and Kata.

Darkhan Asadilov has become the first-ever Kazakh karate fighter to qualify for the Tokyo Games. Asadilov, aged 32, earned the maximum points during the previous competitions that are one path to Olympic qualification.

‘‘After the International Olympic Committee’s decision in 2016 to include karate in the 2020 Olympic program, we didn’t even imagine how difficult this path would be,’’ the head coach of the national team, Zhastalap Sanauov told Sputnik Kazakhstan.

‘‘Darkhan is our early sign and a huge incentive for other team members, who continue to fight for the right to be among the participants of the Olympics.’’

Kazakhstan has also secured three quota places at the 2020 Summer Olympics in cycling, with Yevgeniy Gidich among those qualified. The country’s cycling team has scored 3259.35 points and ranked 19th in the global rating, which gave them ‘green light’ from the International Cycling Union (ICU).

“For the first time since the 2004 Olympic Games in Athens, three Kazakh cyclists will compete in the group race,’’ said Nurlan Smagulov, who heads the country’s cycling federation.

At the same time, one of the qualified cyclists will also be able to perform in the single-day race.

Meanwhile, athletes from Iran and Azerbaijan have also qualified for the 2020 Summer Olympics.

Athletes from Turkmenistan have not yet managed to qualify for the upcoming Games.

Russia will not take part in the 2020 Summer Olympics after the World Anti-Doping Agency (WADA) banned the country from all international sport for four years due to the doping scheme. As at the 2018 Winter Olympics, WADA will allow individual Russian athletes to compete neutrally under a title to be determined.