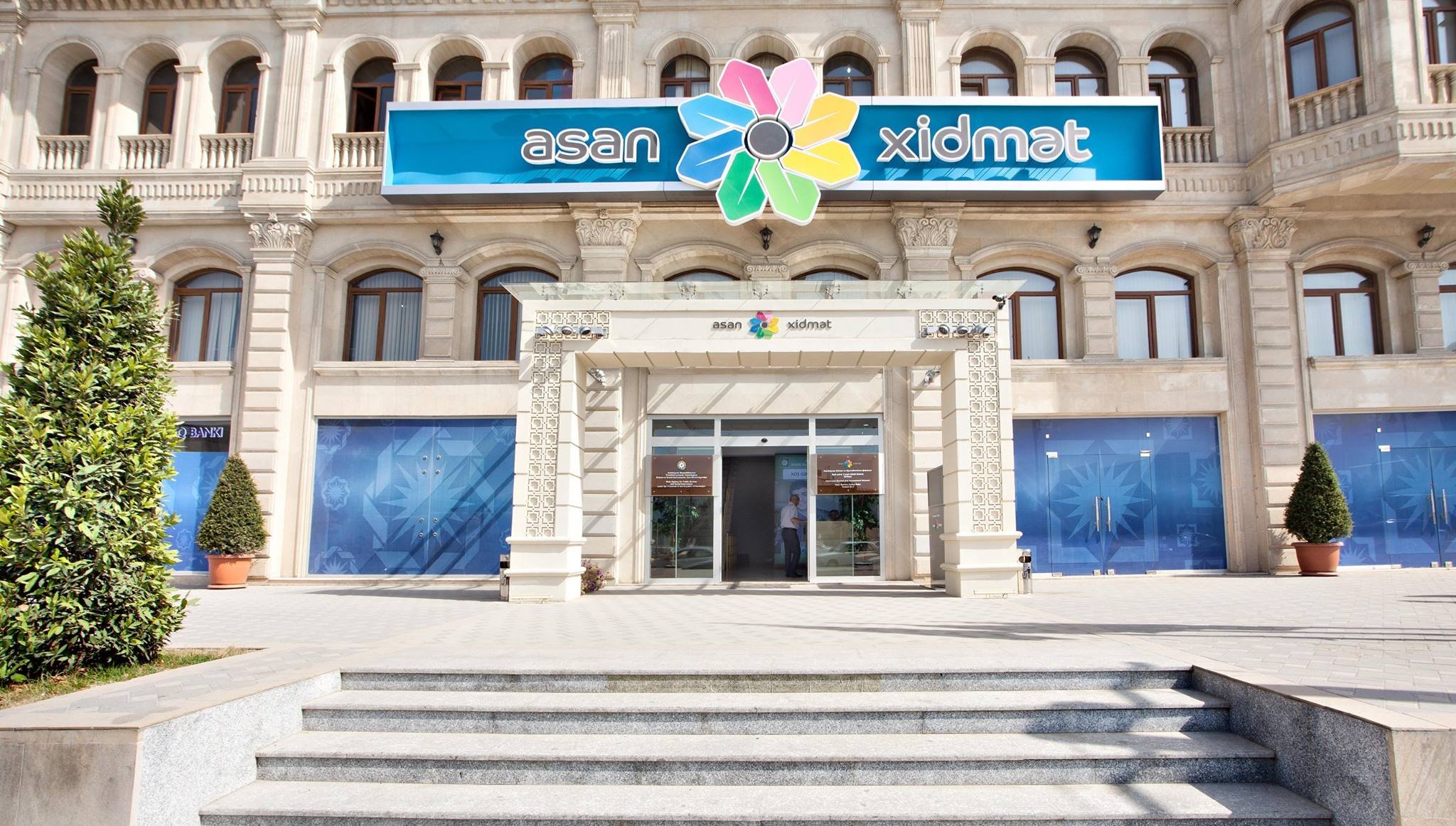 Twenty-four ASAN service centers currently operate throughout Azerbaijan, with seven centers in capital Baku and the rest in the regions / Courtesy

The ASAN Service Center, a one-stop-shop social services hub, recently began providing services in an Azerbaijani territory that was liberated from Armenia in the 2020 Karabakh War.

The ASAN Service mobile service center has provided citizens and residents in Aghali with services such as issuing and replacing identity cards and passports, as well as replacing driver's licenses and issuing a certificate of the presence (absence) of a criminal record.

The mobile ASAN Service hub operates within the Center for Public Services, which came online in Aghali on August 4.

Aghali was the first village to welcome former internally displaced Azerbaijanis back two weeks ago. A total of 41 families, comprising 201 residents, have been relocated to the reconstructed village by the Azerbaijani government.

Aghali is the first village in the liberated territories that was designed as a "smart village" concept. The village is home to 150 two-story and three-story eco-friendly residential buildings, as well as a kindergarten, a school, a medical center and a hydroelectric power plant. Five key components of development are being applied in Aghali, namely housing, production, social services, smart agriculture, and alternative energy. The “smart agriculture” concept in the Aghali village is expected to foster innovation within Azerbaijan’s agriculture sector.

At the same time, the offices of Azerpost, ASAN Service multi-purpose social services center, DOST social support center, and Center for Development of Small and Medium Enterprises have come online in the village. An agricultural park will also be put into operation soon. Residents of Aghali will receive more than 100 services concerning social security and employment in an online format.

ASAN offers also a “service on wheels” option on ten fully-equipped buses and a train to those living in remote locations.

The Azerbaijani government green-lit the reconstruction of the liberated territories and the “Great Return” to those lands after ousting the Armenian occupying forces in a 44-day war in 2020.

Armenia and Azerbaijan had long been at odds over the latter’s Karabakh (Garabagh) region. Following the Soviet Union’s dissolution in 1991, Armenia launched a military campaign against Azerbaijan that lasted until a ceasefire deal was reached in 1994. As a result, Armenia occupied 20 percent of Azerbaijan’s internationally recognized territories. Over 30,000 ethnic Azerbaijanis were killed, and one million were expelled from those lands in a brutal ethnic cleansing campaign carried out by Armenia.

Zangilan was occupied by the Armenian forces in 1993 leading to the forcible expulsion of 42,700 people living there. The district was completely razed to the ground during the decades of occupation.

On September 27, 2020, the decades-old conflict between the two countries spiraled after Armenia’s forces deployed in occupied Azerbaijani lands shelled military positions and civilian settlements of Azerbaijan. During counter-attack operations, Azerbaijani forces liberated over 300 settlements, including the cities of Jabrayil, Fuzuli, Zangilan, Gubadli, and Shusha, from a nearly 30-year-long illegal Armenian occupation. The war ended in a tripartite statement signed on November 10, 2020, by Armenia, Azerbaijan, and Russia. Under the statement, Armenia returned the occupied Aghdam, Kalbajar, and Lachin districts to Azerbaijan.