As Kazakhstan Looks To Develop Digital Economy, German Know-How Could Be Key 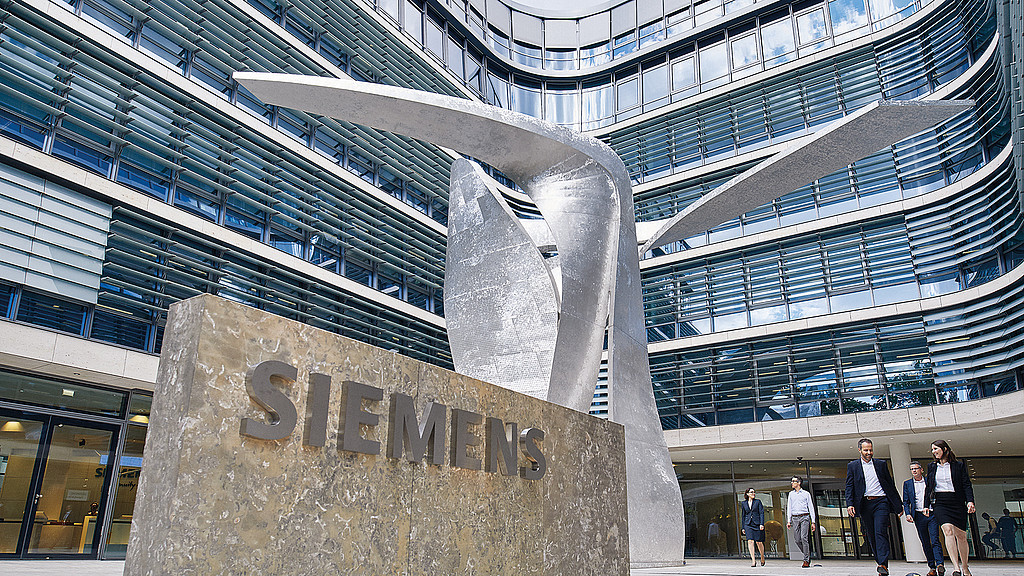 Siemens has implemented a series of projects within various sectors of Kazakhstan’s economy already, including those related to the oil, gas and refining industries; metallurgy, the chemical industry, energy network modernization, transport infrastructure and building safety.

Officials in Kazakhstan are working to develop the digital economy of what is Central Asia’s wealthiest country, and they are looking to partner with German companies to make it happen.

Relations between the two countries got a boost this week when Kazakhstan’s President Kassym-Jomart Tokayev visited Munich for the annual security conference held there, resulting in a memorandum of understanding (MoU) inked with the German industrial giant Siemens. The document was signed by Roman Sklyar, Kazakhstan’s deputy prime minister, and Alexander Liberov, president and CEO of Siemens in Russia.

According to the MoU, Siemens will share its know-how in digital technologies with Kazakhstan and contribute to the digitalization of the Caspian region country’s key industries.

“We hope that cooperation in these areas will be successful and will have a positive impact on the country’s economy,” Liberov said Friday, according to a statement published to the company’s website.

German investors see Kazakhstan, one of the world’s largest countries and the most developed in Central Asia, as a promising market for business, despite being thousands of miles apart. Germany’s direct investments in Kazakhstan over the past 14 years amounted to slightly more than $5 billion, according to government data. Investments involve more than 900 different companies such as Siemens, Daimler, Tyssenkrupp, Knauf, Bayer, BASF, Bosch and Linde.

Meanwhile, the MoU provides for Siemens to help Kazakhstan develop a roadmap for energy development using advanced technologies and equipment, such as digital intelligent energy networks and modern solutions for the transmission of electricity.

In addition, the parties to the agreement will launch pilot projects within the ‘‘Digital Enterprise’’ concept, which means Siemens specialists will work together with local universities and startups. At the same time, Siemens will launch laboratories for Kazakhstani universities based on the company’s equipment.

‘‘We have implemented many successful projects in this area, but at the same time, there are a number of issues that need to be addressed and [then we should] move forward,’’ President Tokayev said Saturday while meeting with Joe Kaeser, CEO of Siemens AG.

‘‘It will be extremely difficult to achieve significant results without digitalization of the economy.”

Officials in Nur-Sultan believe the initiative will help increase the efficiency and transparency of public administration, strengthen key industries, boost employment, improve the quality of education and healthcare, and improve Kazakhstan’s investment climate.

Since the program was launched, 50,000 jobs have been created and roughly $85 million in investments has flowed into the country. At the same time, the digital literacy rate has reached 79.6 percent, while 117 cities and 3,324 villages have been provided with broadband internet access.

Eyeing a partnership with Germany’s industrial giant may be the perfect match for implementing the Kazakh government’s vision.

Siemens AG is a German multinational conglomerate company headquartered in Munich and the largest industrial manufacturing company in Europe with branch offices abroad. Siemens has implemented a series of projects within various sectors of Kazakhstan’s economy already, including those related to the oil, gas and refining industries; metallurgy, the chemical industry, energy network modernization, transport infrastructure and building safety.