As Iran Expands Its Presence In International Waters, A Flotilla Arrives In Kazakhstan 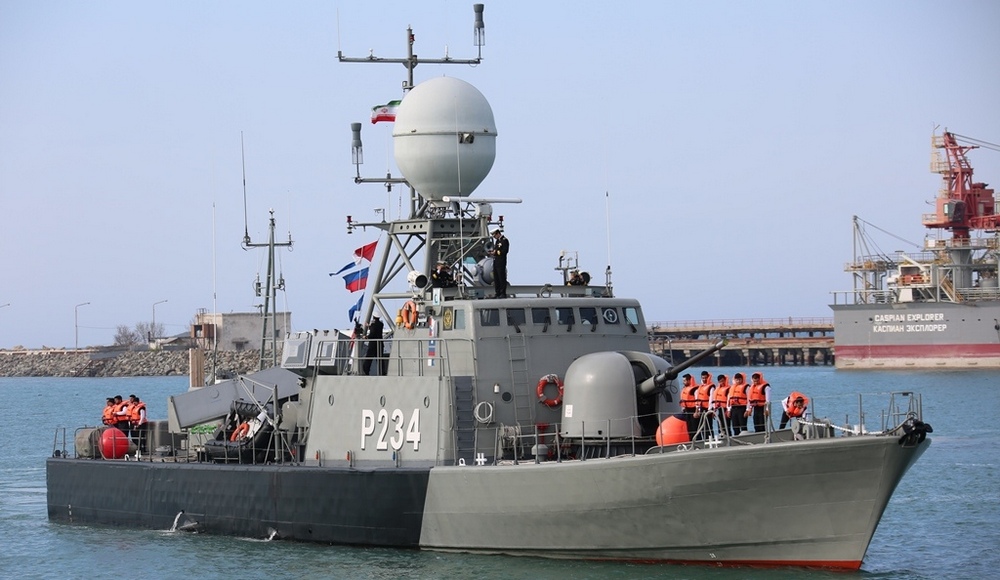 The Iranian flotilla being called one of “peace and friendship”, comprised of the domestically-built missile-launching warships Separ (meaning “shield”) and Joshan, docked in Kazakhstan's Aktau Port on April 24, 2019, for a three-day stay. / Lada.Kz

An Iranian flotilla being called one of “peace and friendship” docked in Kazakhstan's Aktau Port in the east bank of the Caspian Sea this week for a three-day stay.

Kazakhstani officials, as well as the Iranian ambassador to Kazakhstan, Majid Saber, welcomed the fleet on Wednesday, comprised of the domestically-built missile-launching warships Separ (meaning “shield”) and Joshan, according to Mehr news agency.

According to Navy's Deputy Commander Rear Admiral Touraj Hassani-Moqaddam, dispatching the "peace and friendship flotilla" to the Caspian Sea littoral states was on Navy's agenda for this year. Iran is planning to host flotillas from Azerbaijan, Russia and Kazakhstan.

Last August the five countries surrounding the Caspian Sea – Azerbaijan, Iran, Kazakhstan, Russia and Turkmenistan – signed an agreement on the legal status of what is the world’s largest body of enclosed water after more than two decades of disagreement and debate.

Known as the Convention on the legal status of the Caspian Sea, the agreement allows for the five countries to launch exploratory projects while prohibiting any country allowing the Caspian to host foreign militaries.

Lately, Iran has been expanding its presence in different waters. Its navy carries out recurrent military maneuvers and maritime security missions in the Indian Ocean, the Mediterranean and the Gulf of Aden, maintaining that it does so to contribute to international maritime security.

In March, the navy dispatched its 61st flotilla to Bab-el-Mandab Strait to safeguard maritime routes used by Iranian vessels. The navy has been conducting anti-piracy patrols in the Gulf of Aden since November 2008, when Somali raiders hijacked the Iranian-chartered cargo ship MV Delight off the coast of Yemen.

“The fleet, which consists of Sabalan destroyer and a logistic warship named Bandar Abbas, set off on March 16 for the international waters to safeguard maritime routes used by Iranian vessels, especially in the strategic strait of Bab-el-Mandab, which links the Gulf of Aden to the Red Sea,” commander of the Iranian navy's Southern Fleet, Rear Admiral Afshin Tashk, told Mehr.

According to UN Security Council resolutions, countries can send their warships to the Gulf of Aden and the coastal waters off of Somalia to hedge against attacks by pirates.

The Iranian Navy’s 60th flotilla, comprised of the Bayandor destroyer, Bushehr logistic warship, and Lavan warship, returned to domestic docks in March, coming home after 52 days out in international waters. The flotilla’s mission included visits to Sri Lanka and Sultan Qaboos port, the largest port in Muscat, Oman, for a four-day stay. 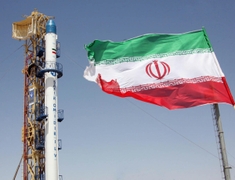 Iran’s minister of communications and information technology has announced via Twitter that six d... 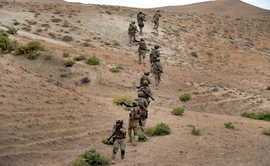 The long-running conflict between two South Caucasus neighbors Armenia and Azerbaijan over the la...