As Azerbaijan Looks To Restore Its Karabakh Region, Global Know-How Could Be Key 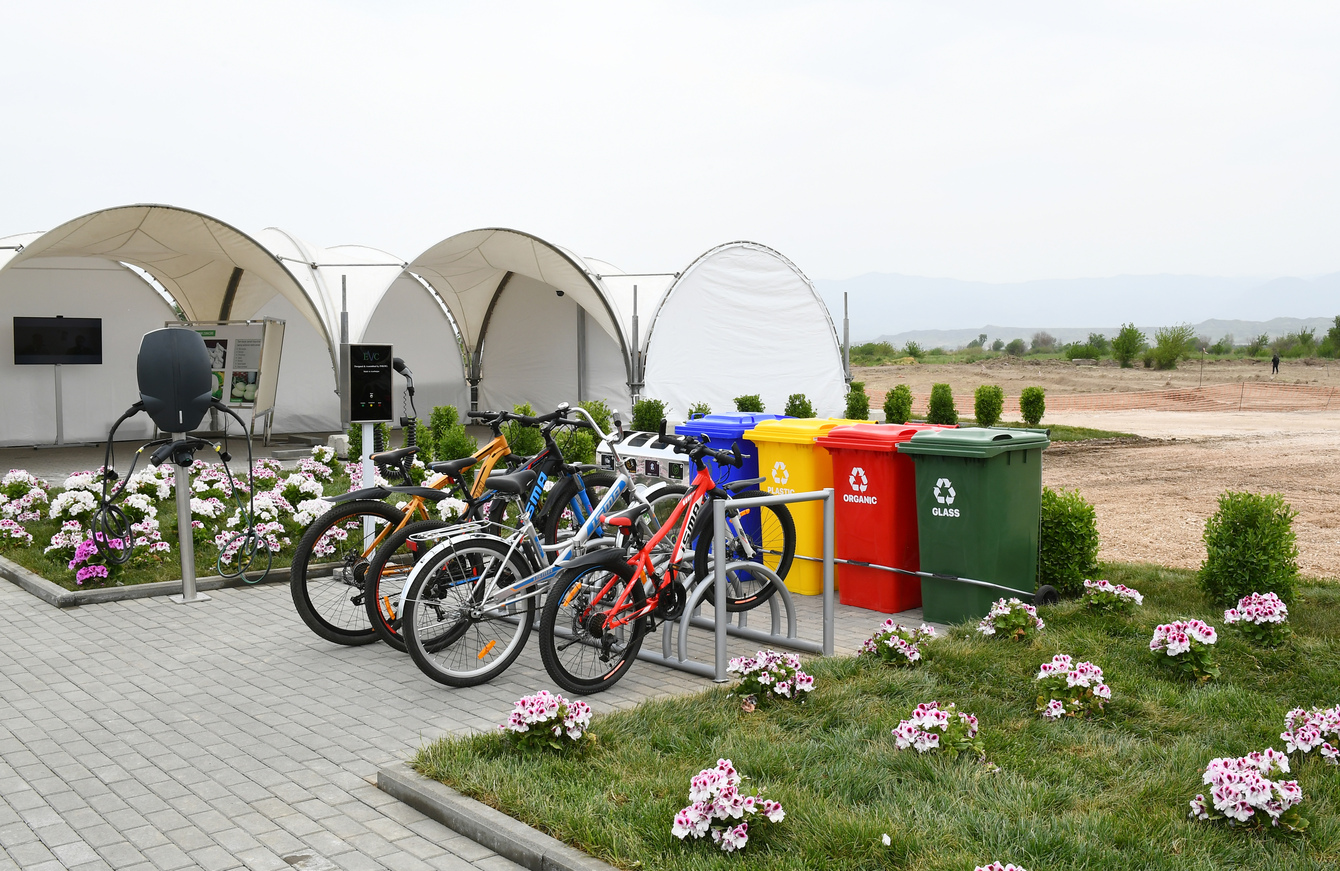 Elements of a "smart village" have already been installed as examples in the village of Aghali in Zangilan, the Karabakh region of Azerbaijan, April 26, 2021 / President.Az

Officials in Azerbaijan are working to restore the post-war Karabakh region and partner with foreign companies to make that happen.

Companies from Turkey, Israel, Italy, and China will deploy their cutting-edge technologies in Azerbaijan’s liberated territories as part of the government’s major reconstruction campaign rolled out earlier this year. Baku will integrate the companies’ products and solutions into its “smart village” development concept.

Projects for the restoration and reconstruction of the region, which suffered from Armenian vandalism heavily, were kick-started after its liberation from Armenia’s occupation last year. As a result of the 44-day-long war, the Azerbaijani army liberated over 300 settlements, including five major cities from nearly 30-year-long illegal Armenian occupation. The war ended in a tripartite ceasefire statement signed on November 10. Armenia returned three more districts to Azerbaijan’s control within its obligations under the agreement.

Last week, President Ilham Aliyev signed an order to mobilize efforts for the speedy development of national “smart village” and “smart city” concepts, which will be primarily implemented in the Karabakh region. Improving the quality, safety, and efficiency of services provided in urban and rural areas, utilizing information technology, and ensuring the effective use and management of available resources for these services are mentioned as the top priorities of the hi-tech-based sustainable development plan.

On April 26, President Aliyev laid the foundation stone for the 1st, 2nd, 3rd Aghali villages chosen as the first settlements to be restored based on the “smart village” project. Located in the liberated Zangilan district, Aghali villages will have more than 200 houses, schools, kindergartens, outpatient clinics and e-government centers, and a hydroelectric power plant.

China’s Huawei will reportedly introduce its AirPON solution in Aghali. The solution can shorten fiber cable deployments from 10 kilometers to 1 kilometer, thus accelerating the network construction and saving costs. At the same time, specialists from Turkey will built an ultra-modern renewable energy facility, known as Archimedes system, in the same village. The facility can generate energy for meeting the village’s domestic needs and supplying the surrounding areas.

“This device is very fast and works with high productivity,” the Turkish company’s official told President Aliyev in a video conference on April 26.

“It does not make any noise and oxygenates the water, which is very useful for fish and vegetation. This system will enable us to get more energy with less power than solar and other alternative energy, i.e., it works 24 hours a day. Also, we will transfer hot water from the system to houses and hotels in the village. This project is not only aimed at generating energy, but also creates conditions for the tourism infrastructure.”

Aghali smart village will also have its own hi-tech-based buffalo farm built by the Israeli company within the Buffalo Dairy project. Sensor technology will connect the farm to data analysis software for applying the best solutions for feeding, cattle health, and milking activities. The farm’s personnel will be able to monitor the overall situation of the animals via sensors. The project’s manager from Italy, Giuseppe Rizzoli, said the business idea is to realize a fully equipped buffalo dairy farm to produce high-quality “made in Azerbaijan” labeled mozzarella, burrata, and other buffalo cheeses in the Karabakh region.

The project for the restoration of the post-war Karabakh region attracted various companies from all over the world.

Turkish companies are already involved in building a new highway connecting the cities of Fuzuli and Shusha. In addition, the Azerbaijani Innovation Agency has signed a memorandum of understanding with the leading GOSB techno-park of Turkey to create a joint high technologies park in the region, where cutting-edge research and production of high-tech devices will be realized. The Turkish Ziraat Bank Azerbaijan intends to open a branch in the Azerbaijani city of Shusha.

Italy’s Ansaldo Energia power engineering company won a contract worth €5 million ($6 million) for providing equipment for four power substations to be built in the Karabakh region. The substations with a capacity of 110 kilowatts each will reportedly be located in the Aghdam, Fuzuli, Gubadli, and Kalbajar districts.