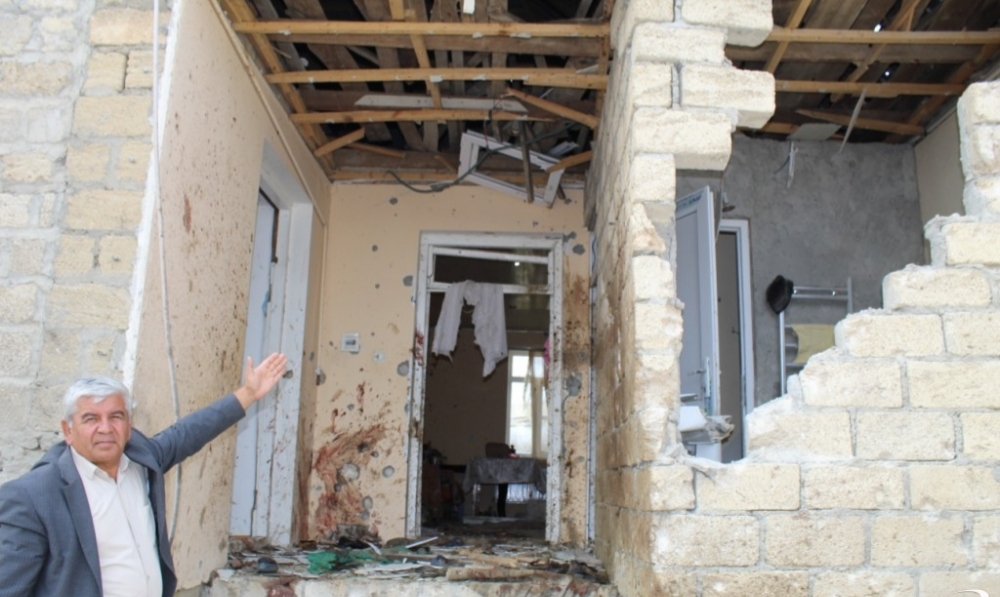 Five family members, including 13-year-old Shakhriyar Gurbanov and 14-year-old Fidan Gurbanova, were killed on Sunday by Armenian shelling on the Gashalty village of Azerbaijan’s Naftalan city.

Armenian armed forces killed at least nine civilians in Azerbaijan, including five members of one family, in the past two days of heavy clashes in Azerbaijan’s Nagorno-Karabakh region, which has been occupied by Armenia since the early 1990s.

Five family members, including 13-year-old Shakhriyar Gurbanov and 14-year-old Fidan Gurbanova, were killed on Sunday by Armenian shelling on the Gashalty village of Azerbaijan’s Naftalan city. Armenia’s military also targeted the Evoghlu village of the Aghdam district on Sunday, living dead Joshgun Pashayev, a 41-year-old resident of the village.

In the second day of heavy clashes, 45-year-old Mehman Aliyev and siblings — Khalig Abbasov, aged 39, and Elshan Abbasov, aged 31, were killed following Armenian attacks on the Azerbaijani city of Terter.

Government officials in Baku said Armenia’s military has been deliberately targeting Azerbaijani cities, villages and farms located along the frontline of the armies. According to the Azerbaijan General Prosecutor’s Office, nearly 30 civilians were injured during the Armenian attacks on Azerbaijan and all of them have been hospitalized.

Heavy clashes broke out between Armenia and Azerbaijan on September 27 after Armenian armed forces attacked Azerbaijani positions and civilian settlements along the front zone in the occupied Nagorno-Karabakh region of Azerbaijan.

The Defense Ministry of Azerbaijan reported on Monday that the fierce battles continue along the frontline of the armies.

Armenia’s Defense Ministry confirmed the deaths of 84 servicemen and nearly 200 injuries. However, military officials in Baku reported that around 550 Armenian servicemen had been killed or injured during the first day of clashes.

There is no official information about a number of military casualties in Azerbaijan.

The conflict between Armenia and Azerbaijan has threatened peace and stability in the South Caucasus region since the late 1980s when Yerevan launched an ethnic cleansing campaign against Azerbaijanis living in Armenia.

In 1991, Armenia launched a military campaign against Azerbaijan following the fall of the Soviet Union which lasted until 1994, ultimately resulting in Armenia occupying 20 percent of Azerbaijan’s internationally-recognized territory – the Nagorno-Karabakh region and seven surrounding districts. The war claimed the lives of over 30,000 Azerbaijanis, while one million more were forcibly internally displaced, and 4,000 went missing.

In the early 1990s, the Organization for Security and Cooperation in Europe established the Minsk Group, a special mediation structure co-chaired by diplomats from Russia, the U.S. and France and tasked to help Armenia and Azerbaijan find a political end to the conflict. The Group’s activities failed to produce a lasting solution so far due to what authorities in Baku explain as the inaction of the co-chairs on Armenia's illegal occupation of Azerbaijani lands.

Meanwhile, though the full-scale war ended when a ceasefire agreement was inked in 1994, violations along the frontline are not uncommon. In 2010, 2012 and 2014, a series of skirmishes between Armenia and Azerbaijan occurred. The most intense fighting since the full-scale war in the early 1990s took place April 1-5, 2016 after Armenian forces shelled Azerbaijani villages.

In July 2020, tensions between Armenia and Azerbaijan have led to short, but deadly clashes after Armenian armed forces opened fire on Azerbaijani positions. Twelve Azerbaijani servicemen and one civilian were killed in the fighting.