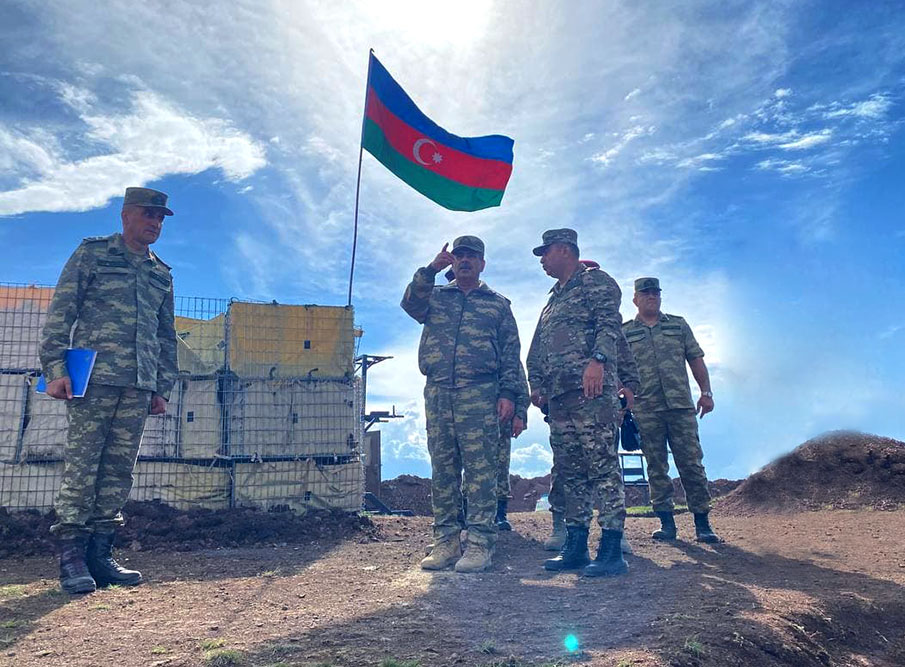 The government of Armenia says it will not dismiss the option of military operations against Azerbaijan on the border between the two countries amidst escalations.

Yerevan’s Defense Minister Arshak Karapetyan described the current situation on the border with Azerbaijan as “consistently heavy” in a meeting with the Collective Security Treaty Organization (CSTO) secretary-general Stanislav Zas on Monday, according to Russian media.

Karapetyan added that the Armenian army was ready to resort to the forceful resolution of the situation. He is convinced that Armenia reserves the "right to settle the issue by the use of force" if efforts for peaceful resolution fail.

Escalations on the Armenia-Azerbaijan border have been ongoing since May 2021 following a bloody war between the sides in the latter’s Karabakh (Garabagh) region last year. As a result of the 44-day war that broke out on September 27, 2020, the Azerbaijani army liberated over 300 settlements, including five major cities from nearly 30-year-long illegal Armenian occupation. The war ended in a tripartite statement signed on November 10 by Armenia, Azerbaijan, and Russia. Armenia returned three more districts to Azerbaijan’s control as part of its obligations under the agreement.

Azerbaijan restored control of a larger portion of its 1,007-kilometer borderline with neighboring Armenia after the districts of Zangilan, Gubadli, Kalbajar, and Lachin were liberated. After regaining access to the border, Azerbaijan rolled out border protection measures. Azerbaijani officials described activities on the border as legal measures in line with maps available to both Armenia and Azerbaijan.

The Azerbaijani government has been calling on Armenia's authorities to recognize each other’s territorial integrity and borders and start working on delimitation and demarcation procedures. Baku is convinced that there should be a peace agreement between Armenia and Azerbaijan.

Diplomatic calls of Azerbaijan, however, have been met with unceasing border provocations by the Armenian military.

Meanwhile, Armenia’s Prime Minister Nikol Pashinyan has recently proposed to deploy observers of CSTO, of which Armenia is a member, and Russian border strongholds along the Armenia-Azerbaijan border. His call was seen as an attempt to disguise Armenia’s border provocations and drag the military bloc in the border escalations.