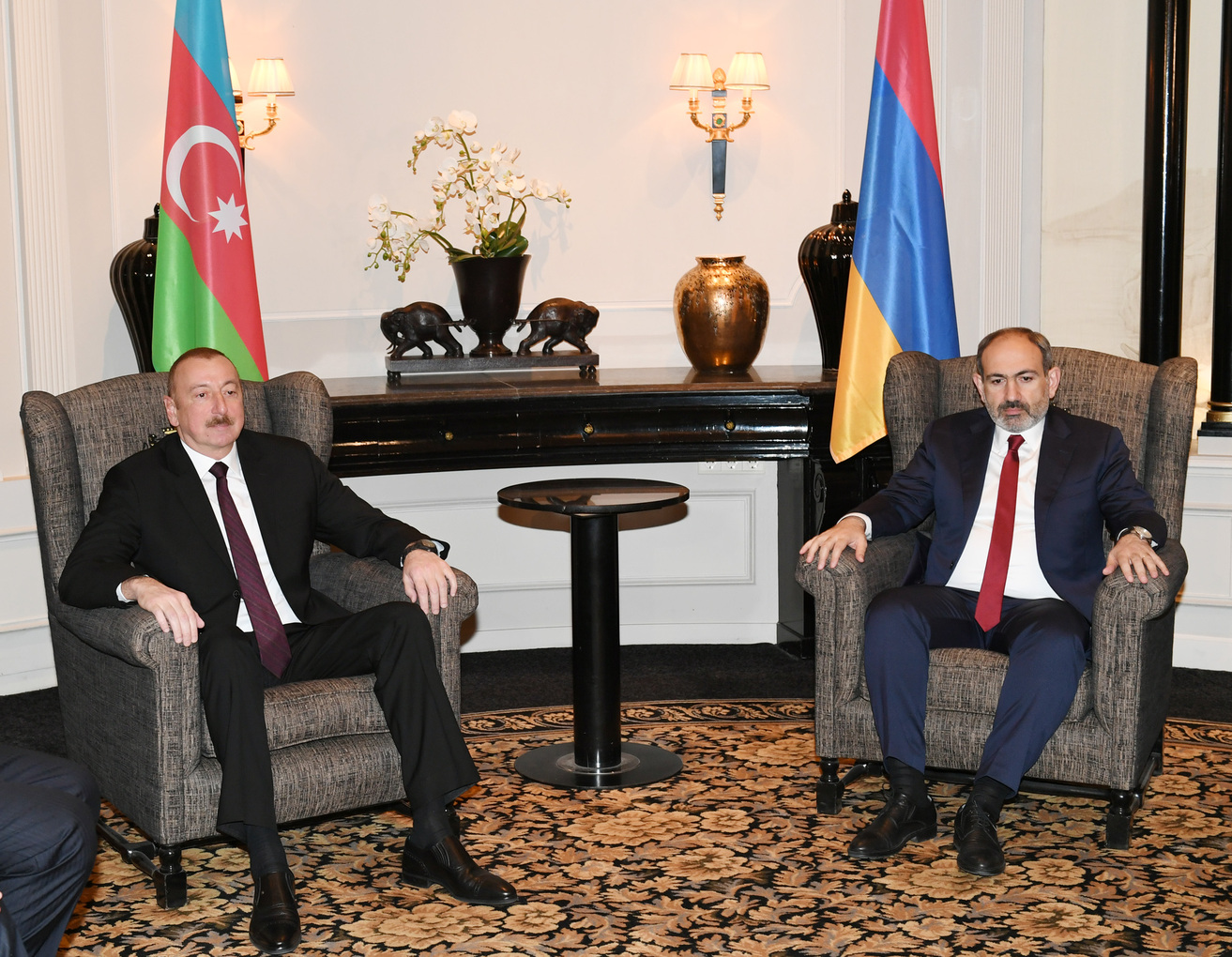 The meeting comes after European Council President Charles Michel’s phone conversations about the situation in the region with President Aliyev and Prime Minister Pashinyan on November 19, 2021. Michel previously discussed the border tensions between Armenia and Azerbaijan with the two leaders on November 16, when the two neighboring countries clashed in a one-day bloody battle.

“President Charles Michel proposed to host President Ilham Aliyev and Prime Minister Nikol Pashinyan for a meeting in Brussels in the margins of the EaP Summit. Leaders have agreed to meet in Brussels to discuss the regional situation and ways of overcoming tensions for a prosperous and stable South Caucasus, which the EU supports,” reads the statement of the Council.

According to the document, the Armenian and Azerbaijani leaders have also agreed to establish a direct communication line between the Ministers of Defense to serve as an incident prevention mechanism.

The clashes on the Armenia-Azerbaijan border earlier this week were the worst flare-up of tensions since the end of the Second Karabakh War last November. The one-day intense hostilities sparked after a well-organized massive attack of the Armenian troops on the Azerbaijani military positions in the Kalbajar and Lachin districts on November 16, 2021. According to Azerbaijan’s Defense Ministry, the aim of the attack was to capture the heights in these directions and take better military positions.

The Armenian military has reportedly deployed weapons of various calibers, grenade launchers, as well as artillery for advancing through part of Azerbaijan’s state border. Azerbaijan Armed Forces took immediate retaliatory measures and destroyed an anti-tank installation and a mortar of the Armenian military to suppress the attack. Armenian troops retreated after the combat activity along the border was completely taken under control by the Azerbaijani forces close to the evening.

Seven servicemen of the Azerbaijani army were martyred and ten more were wounded in the clashes. Azerbaijani authorities have blamed the military-political leadership of Armenia for the renewed hostilities.

The upcoming meeting of Pashinyan and Aliyev in Brussels will be their second face-to-face discussions of the regional situation since a 44-day bloody war between Armenia and Azerbaijan in the latter’s Karabakh region last autumn. After the end of the war on November 9, 2020, the two leaders met once in Moscow upon the initiative of Russian President Vladimir Putin. Since then, Armenia and Azerbaijan have been considering the possibility of restoring regional transportation links, including the Zangazur corridor.

Fuad Shahbaz, a Baku-based military analyst, says the failure of the post-war negotiations to achieve real results, including the demarcation of the borders, has put the region's stability at risk.

“Yerevan is not ready for concessions on a transit route and I guess Baku lost patience. It was hoping to resolve the issue before the winter during a planned November meeting in Moscow which was postponed,” Al-Jazeera quoted him as saying.

Shahbaz explained that although Armenia would also benefit from the opening of a direct connection between Azerbaijan’s mainland and its southwestern Nakhchivan region, many Armenians are convinced that it puts Armenian statehood in jeopardy.

The Zangazur corridor, a strategic route through the territory of modern-day Armenia, will enable the shortest connection between Azerbaijan’s mainland and its exclave of Nakhchivan. The launch of the multi-modal corridor is said to benefit all regional countries and contribute to the Eurasian trade and transport communications that incorporate the regional economies with a nominal GDP of $1.1 trillion. Chinese authorities have lauded the Zangazur corridor as an important contributor to the implementation of Beijing's multi-trillion-dollar Belt and Road Initiative.

Baku has been calling on Yerevan to take concrete steps for unblocking the regional transportation links and sign a comprehensive peace treaty covering the mutual recognition of borders and territorial integrity.