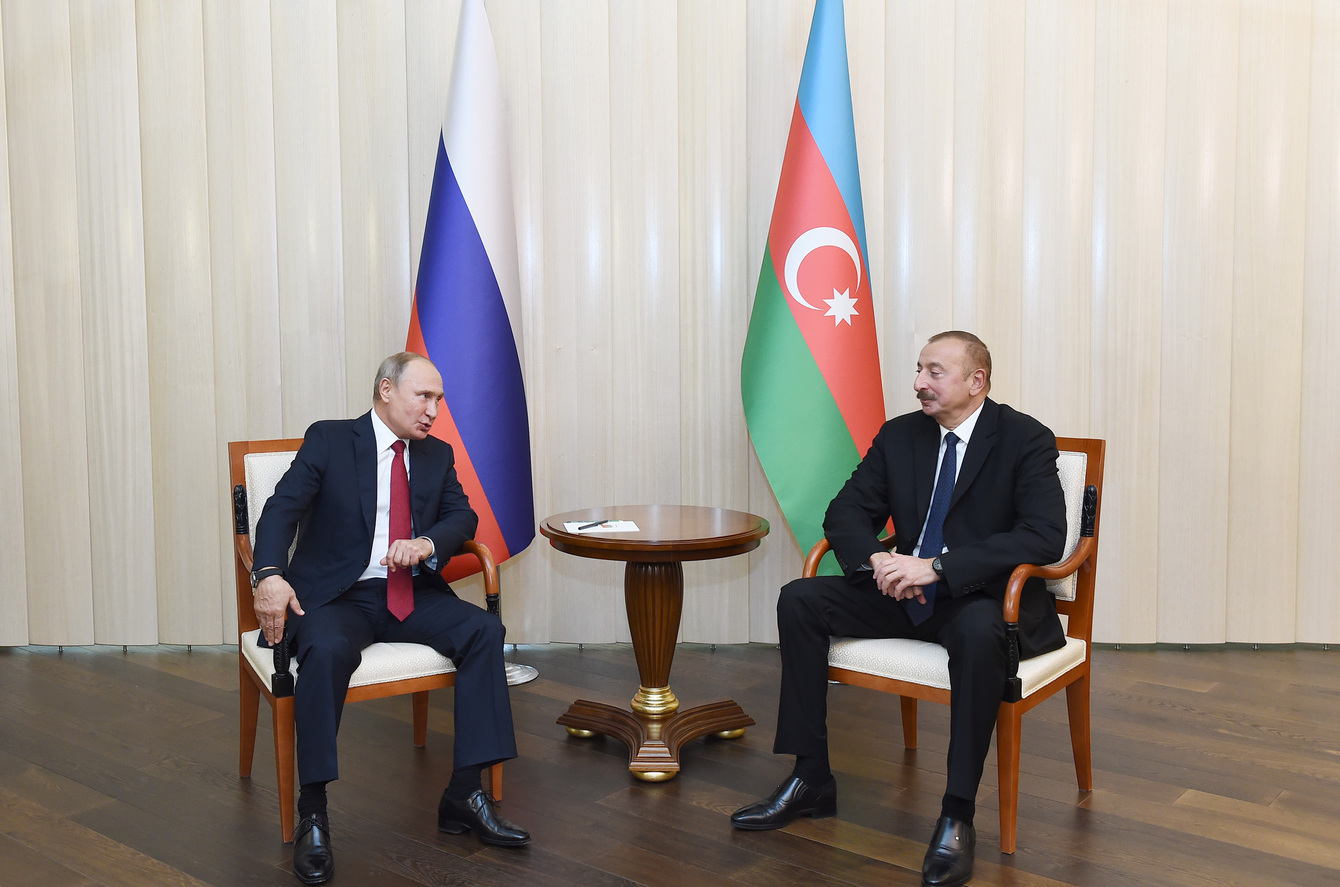 In a phone call with his Russian counterpart Vladimir Putin, Azerbaijani President Ilham Aliyev discussed reports about the delivery of large amounts of military supplies from Russia to Armenia starting on July 17, right after Armenia-Azerbaijan border skirmishes ended.

President Aliyev said the more than 400-ton Russian military shipment to Armenia raises concern and serious questions among the Azerbaijani public, emphasizing that the main purpose of the phone call was to clarify this issue, President.Az reports.

Tensions between Armenia and Azerbaijan boiled over after Armenia attacked Azerbaijani positions stationed in the Tovuz region on the border with Armenia on July 12. A four-day war claimed the lives of 12 Azerbaijani servicemen, including one general, and a civilian.

On their part, Armenian authorities reported four of its soldiers were killed. However, this figure has been dismissed by the public, who claim the true death toll to be over 30.

According to the 1news.az news portal, Russia was delivering modern weapons to Armenia during the height of fighting in Tovuz. After the ceasefire, Russia operated eight more flights carrying military supplies, including two flights on July 17 and one flight each on July 18, 20, 27, 29 and August 4, 6.

The military cargo planes were forced to make a detour on their way to Armenia after Georgia did not allow Russia to use its airspace for the delivery. Instead, the Il-76 heavy cargo-carrying aircraft flew along a route stretching from the Russian cities of Rostov and Minvody to the cities of Aktau in Kazakhstan, Turkmenbashi in Turkmenistan and Nowsher in Iran. The final stretch of the flight was operated over Armenia's southern town of Meghri near the border with Iran, finally arriving to the Armenian capital, Yerevan.

Azerbaijan also accused Serbia of selling mortars and ammunition to Armenia during the fighting. Serbian officials confirmed that two private companies delivered arms to Armenia based on two separate contracts signed with Yerevan's government in May and June.

While Serbian authorities initially defended the arms shipment, the country's president Aleksandar Vucic later admitted that it was a "wrong decision." In a phone call with his President Aliyev, Vucic expressed his regret over the use of Serbian-made weapons by the Armenian military and vowed a thorough investigation into the issue.

Tensions between Armenia and Azerbaijan have simmered since the late 1980s. At the time, anti-Azerbaijani sentiment grew after Armenia started to illegally claim the Nagorno-Karabakh region of Azerbaijan. However, following the dissolution of the Soviet Union in 1991, of which both Armenia and Azerbaijan were part of, the tensions boiled over into a full-scale war after Armenia launched military campaign against Azerbaijan. The full-scale war lasted until a ceasefire was reached in 1994.

Since then, Armenia has illegally occupied Nagorno-Karabakh and seven surrounding districts, making up 20 percent of Azerbaijan's internationally-recognized territory. It has also killed 30,000 and displaced one million ethnic Azerbaijanis.

Armenia has been refusing to fulfill four UN resolutions that demand unconditional withdrawal of the forces from the occupied lands and return of displaced people to their houses.