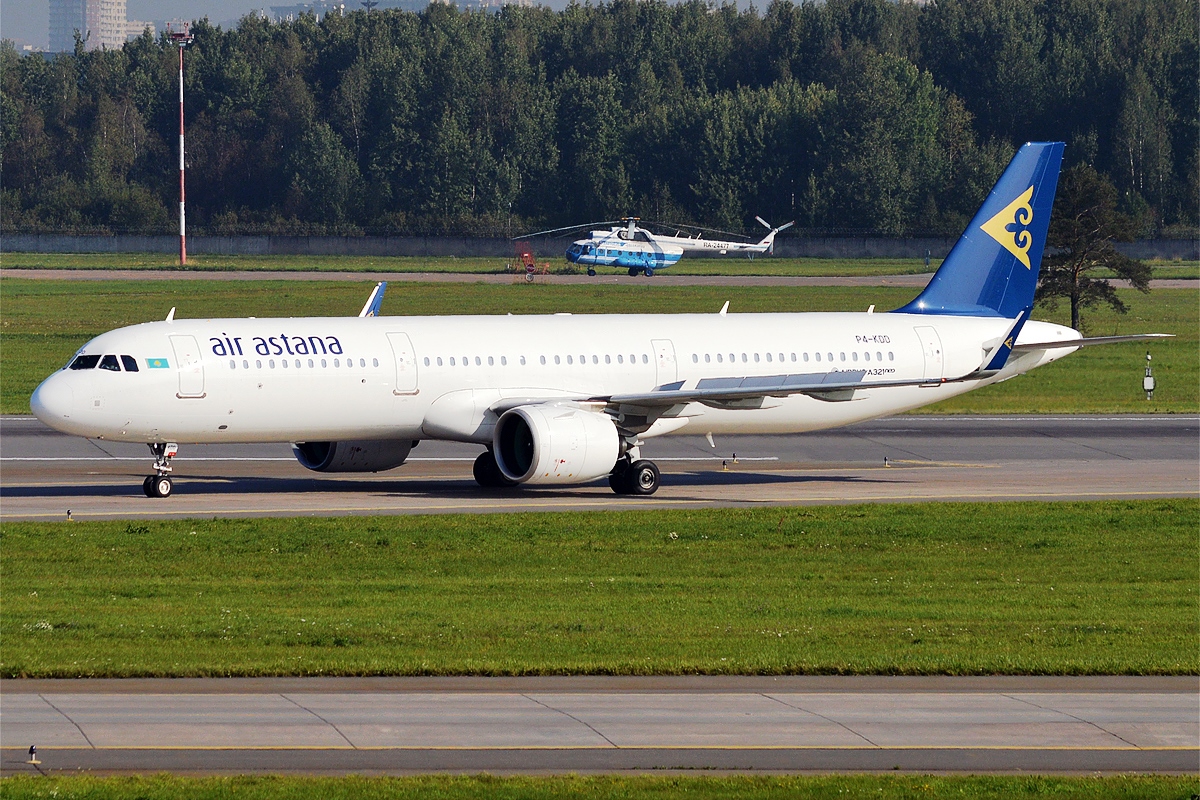 Air Astana will service the route with the latest Airbus A321LR aircraft, a narrow-body, commercial passenger twin-engine airliner with 166 seats in two classes.

From September 18, flights between the Kazakh and British capital cities will run with two frequencies per week on Saturdays and Wednesdays. The total flight duration will take 7 hours and 15 minutes outbound to London and 6 hours and 30 minutes on the return to Nur-Sultan.

According to the company’s statement, Air Astana will service the route with an Airbus A321LR, a narrow-body, commercial passenger twin-engine airliner with 166 seats in two classes.

Tickets for the new route have already gone on sale on the carrier’s website. The cost of an economy class round-trip ticket starts at 237,300 tenges, or about $560.

Under the company’s rules, passengers traveling to the United Kingdom must present a negative PCR COVID-19 test taken 72 hours before entering the country. Similar requirements apply to those who travel from the UK to Kazakhstan.

Harsh restrictions imposed by the government to curb the coronavirus outbreak halted most economic activities in Kazakhstan in 2020. Such industries as mining, wholesale and retail trade, professional, scientific, and technical activities, and construction have seen sharp declines in revenue compared to the previous year, with the airline industry among the hardest hit by the pandemic.

Kazakhstan sealed off its borders on March 16, 2020, to curb the spread of the novel coronavirus, while Air Astana canceled all of its international flights starting from March 29.

“2020 is a year that we will not forget. With borders mostly shut across the globe, we have all had to get used to a new way of living and working. The entire industry has had to adapt to a new reality, with every aspect of airline operations impacted,” said Beibit Karymsakov, Chairman of the Air Astana Board of Directors.

Due to a complete or partial lockdown caused by the coronavirus pandemic, the company flew roughly 3.7 million passengers in 2020, recording a decrease in passenger traffic by 28 percent.

The airline’s revenues for the same year decreased by 55 percent, while its EBITDAR stood at $33.1 million, down 81 percent compared to the same period in 2019. The airline has temporarily retired Boeing 757 and Embraer 190 aircraft and now operates Airbus 321 Long Range and Boeing 767 on the main international routes. A total of 499 employees left Air Astana in 2020, while the biggest turnover was at Almaty International Airport, where 312 people left the employment. At the same, the company hired 338 new employees during the same period.