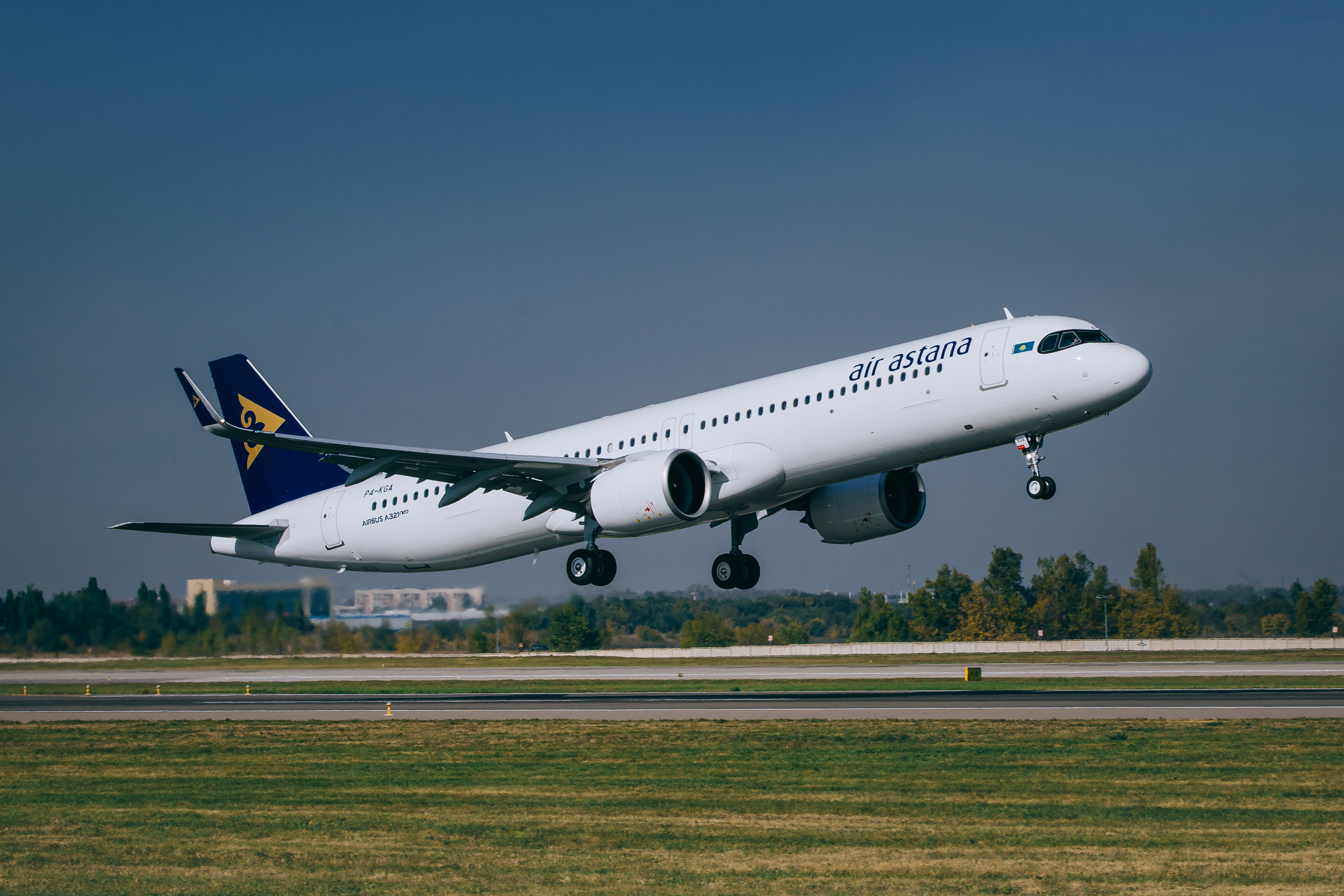 Air Astana said it would service the route with an Airbus A321LR, a narrow-body, commercial passenger twin-engine airliner with 166 seats in two classes.

Kazakhstan’s flagship carrier Air Astana said on Wednesday it would launch a non-stop flight service from Almaty to Frankfurt, which is home to the fourth-busiest airport in Europe, in October 2020.

Flights between Frankfurt and Almaty will run three times per week, on Monday, Wednesday and Friday. The total flight duration from Almaty to Frankfurt will be 7 hours and 10 minutes, while Frankfurt to Almaty is expected to be a six and half hour flight.

“I’m delighted to announce the boost to services between Kazakhstan and Germany, which deliver maximum connectivity with partner airlines across Europe and North America,” said Richard Ledger, Vice-President of Air Astana, according to a report by Simple Flying.

Tickets for the new route have already gone on sale on the carrier’s website. The cost of an economy class round-trip ticket will start at 202,036 tenge, or about $474, while a business class ticket’s price starts at 1,887,367 tenge, or about $4,426. Air Astana said it would service the route with an Airbus A321LR, a narrow-body, commercial passenger twin-engine airliner with 166 seats in two classes.

Almaty, Kazakhstan’s largest metropolis is set in the foothills of the Trans-Ili Alatau Mountains, in the southeastern corner of the country bordering Kyrgyzstan and China. The city served as the country’s capital until 1997 and remains Kazakhstan’s commercial and cultural hub.

The airport in Almaty is the largest air hub in Kazakhstan. In 2019, it served almost 6.5 million passengers, 13 percent increase compared to the previous year, as well as more than 64,000 flights. In addition, the airport handled 70,000 tons of cargo in 2019.

News of the new flight comes amid the ongoing COVID-19 pandemic, which has badly affected Kazakhstan’s economy. Such industries as mining, wholesale and retail trade, professional, scientific and technical activities, as well as construction, have seen sharp declines in revenue compared to the previous year, with the airline industry among those most impacted.

“We used to make about $80 million a month. At the moment, we have lost about $160 million and are still counting,” Peter Foster, President and CEO of Air Astana told Forbes Kazakhstan in April.

To stimulate business activity, the Kazakh government is currently implementing a comprehensive plan to restore economic growth for 2020. But officials in Air Astana are convinced that the company will not need financial support from the state.

“We have not requested financial support from the government and do not plan to do this in the foreseeable future. Air Astana has a strong financial position and has sufficient cash reserves for several months,” Foster said.

Air Astana is the largest carrier in Central Asia and operates flights to about 70 destinations throughout the world. In 2019, it flew roughly 5 million passengers, recording growth in passenger traffic by 17 percent. Last year, Kazakhstan’s flagship carrier had modernized its fleet with four Airbus A320/321neo family jets, including А321LR, as well as four Embraer 190-Е2 aircraft. In addition, the company added more flights to Delhi, Dubai, Istanbul, Dushanbe, Bishkek, Seoul, Moscow, Tashkent, and Tbilisi, as well as launched chartered flights to Sharm el Sheikh and Bodrum.