Afghanistan Soon Expected To Ship Goods To Europe, Thanks To Caspian 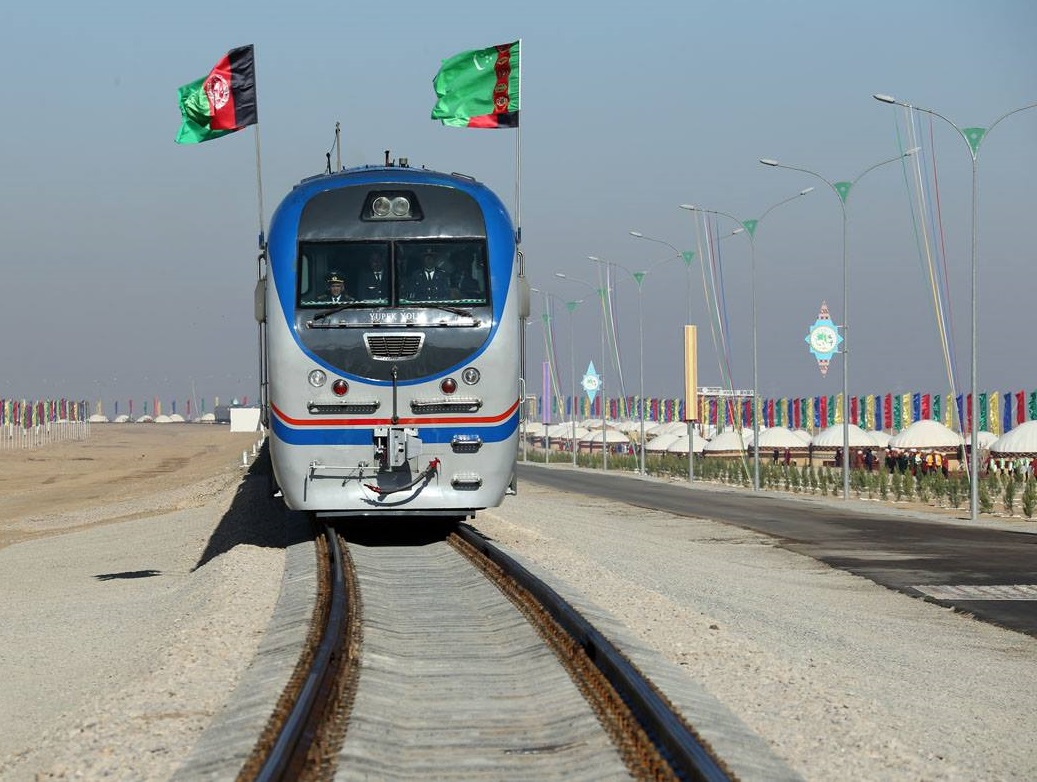 Afghanistan is landlocked, but that is not stopping officials and businessmen from linking the country to European markets. Thanks to infrastructure and development within the neighboring Caspian region, traders in Kabul and Kandahar can market their products to customers as far away as Portugal. The first cargo to Europe, expected within the next six weeks, will pass through Caspian region countries like Turkmenistan and Azerbaijan.

Afghanistan’s Foreign Ministry announced on Monday that two experimental shipments would leave the Aqina and Torghundi dry ports of Afghanistan, located along the revived Lapis Lazuli trade and transport route, as soon as the action plan is coordinated with the transit countries, including Turkmenistan and Azerbaijan. 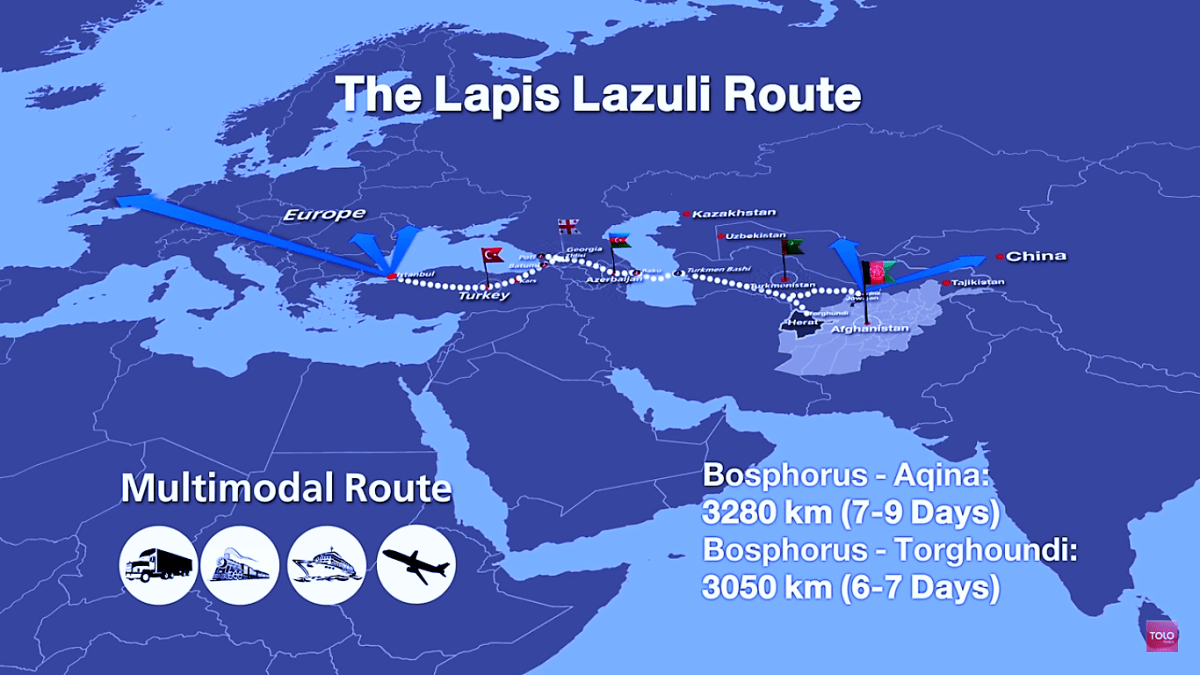 Hasan Surosh, the head of the Department of Economic Cooperation at the foreign ministry, said that negotiations with the concerned countries will be finalized over the next two weeks. Two additional agreements are expected to be signed in the light of visa facilitation and railway cooperation as part of the scheduled talks.

Prized spices like saffron as well as medicinal plants and locally produced carpets will make their way along the trade route named after the deep blue rock that is found in Afghanistan and has been mined for millennia, namely lapis lazuli.

Eighty percent of goods moving along the Lapis Lazuli route are destined for Europe, and will move up to 3,280 kilometers – the approximate distance from the Afghan city of Aqina in the east, to the Bosporus Strait in Turkey – and take between seven and nine days. A shipment moving along the route’s branch that begins in the Afghan city of Torghundi and ends at the Bosporus is 3,050 kilometers, and will last around six to seven days.

The route extends westward from Afghanistan and cuts across neighboring Turkmenistan before reaching the Caspian Sea, where goods travel by boat to Baku, Azerbaijan. From there, cargo moves through Georgia, where the route branches into two parts: One ends at the Black Sea, and another continues all the way through Turkey until reaching Istanbul. Some say the route is more cost-effective than having Afghan goods shipped via neighboring Iran and Pakistan.

The corridor cost about $2 billion to establish while creating a robust trade and transportation corridor from South Asia to the South Caucasus region that leverages railroads, highways, and sea-based infrastructure. Part of the program involved coordinating customs operations along the route to allow for the easy issuance of business visas to traders and establishing Free Trade Zones in all five countries through which the route passes, as well as reducing overall transaction costs.

Beyond its actual route, the Lapis Lazuli corridor will be synchronized with other regional trade routes that cut through Asia and Europe, including the massive North-South Transport Corridor, which stretches from India to Finland.