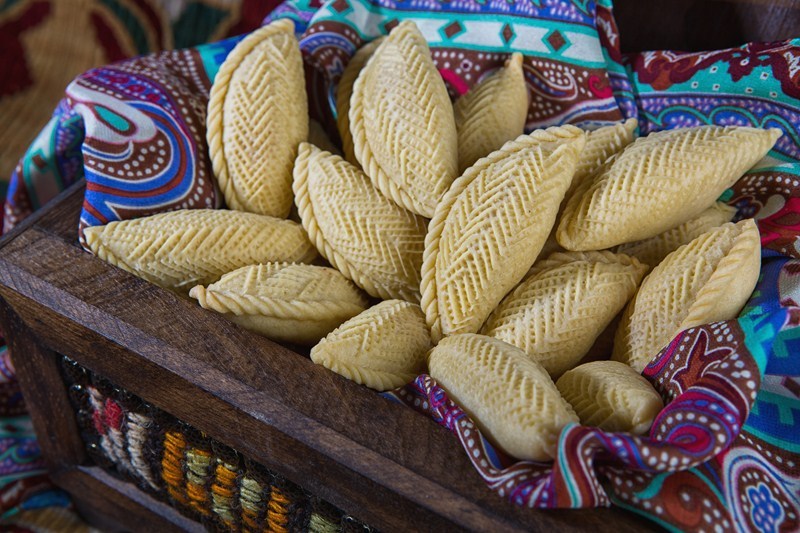 Azerbaijan and the United States are thousands of miles apart, but the heat from “the land of fire,” as the country is often called, recently flared in a kitchen in California.

American gourmets and foodies flocked to the house of Feride Sadikhova Buyuran, an Azerbaijani cook that has been living in the U.S. for 16 years and teaches Americans how to prepare Azerbaijani cuisine.

“Another fun cooking class with wonderful people. They did an amazing job making Azerbaijani pastries and bread!”, Feride posted to her Facebook page following Saturday’s session at her home. “What happened at our cooking class :) We cooked shekerbura, Lahij cookies and fasali (with onions and spices),” Feride wrote, referring to other popular foods.

Shekerbura, a famous pastry throughout the Caspian country, was the featured dish this past Saturday and quickly became the favorite. It is often baked and served during the springtime holiday of Novruz, which means “new day” and marks the start of spring on March 21. A half-circle shaped piece of dough gets stuffed with minced walnut kernels and granulated sugar before going into the oven. Shekerbura is an inseparable element to teatime in Azerbaijan, when it is usually served. 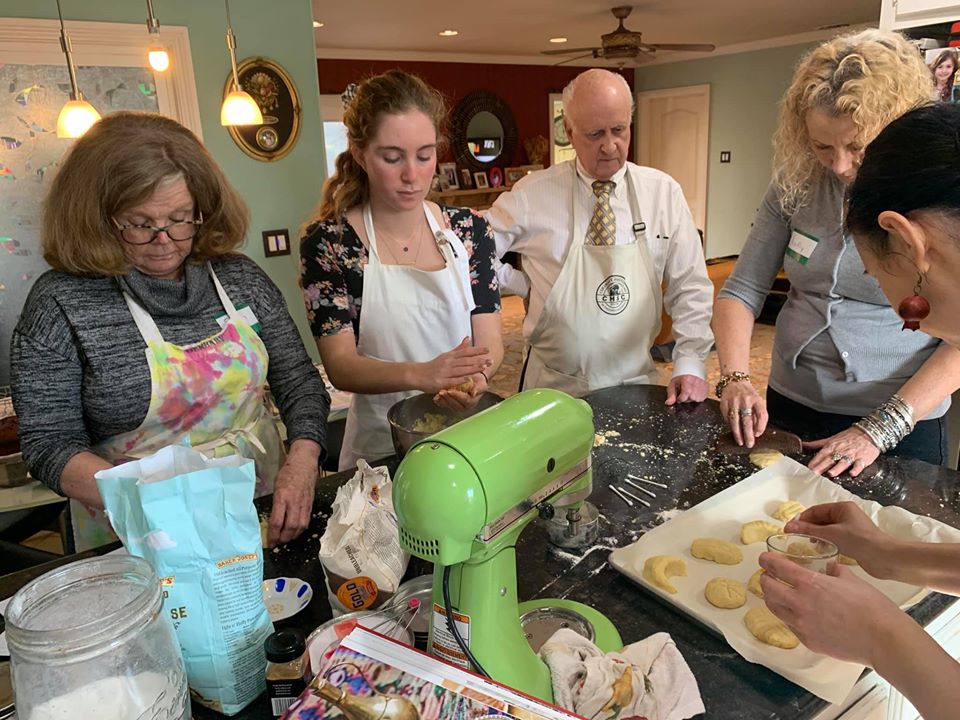 Lahij cookies, which take its name from the old Lahij village located in the northern Ismayilli region of Azerbaijan, is a traditional sweet pastry baked by locals. But Californian taste buds that prefer something savory didn’t go disappointed in Feride’s kitchen in Long Beach this weekend. Fasali is made by taking flattened dough and stuffing it with chopped spiced onions, which is then rolled into a spiral shape before getting baked.

Feride said that although it was at first difficult for American cooks and food lovers to learn the traditional styles of cooking Azerbaijani dishes, they have come to appreciate and understand the techniques used in preparing the dishes she taught them how to make.

Feride Sadikhova Buyuran has been actively promoting Azerbaijani cuisine in the United States for more than a decade. A graduate from California University, she is the author of a book titled “Pomegranates and Saffron: A Culinary Journey to Azerbaijan” that won numerous prestigious awards. The prize collection of Feride's book includes Best Eastern European Cookbook in the U.S. at Gourmand World Cookbook Award (2014); Prestige Award of the International Jury at the Gourmand Best in the World Award (2015); the National Indie Excellence Book Awards (2016), while it was the winner of Silver Medal in the Ethnic Cookbooks Category at Living Now Book Award (2015) and Finalist in the International Cookbooks Category of Best Books Award (2016).

She is about to publish her second book about the regional cuisines within Azerbaijan.

When she is not writing or teaching Americans in California how to cook Azerbaijani food, she operates culinary tours to Azerbaijan and Georgia within her Food and Culture Tours to the Caucasus program.