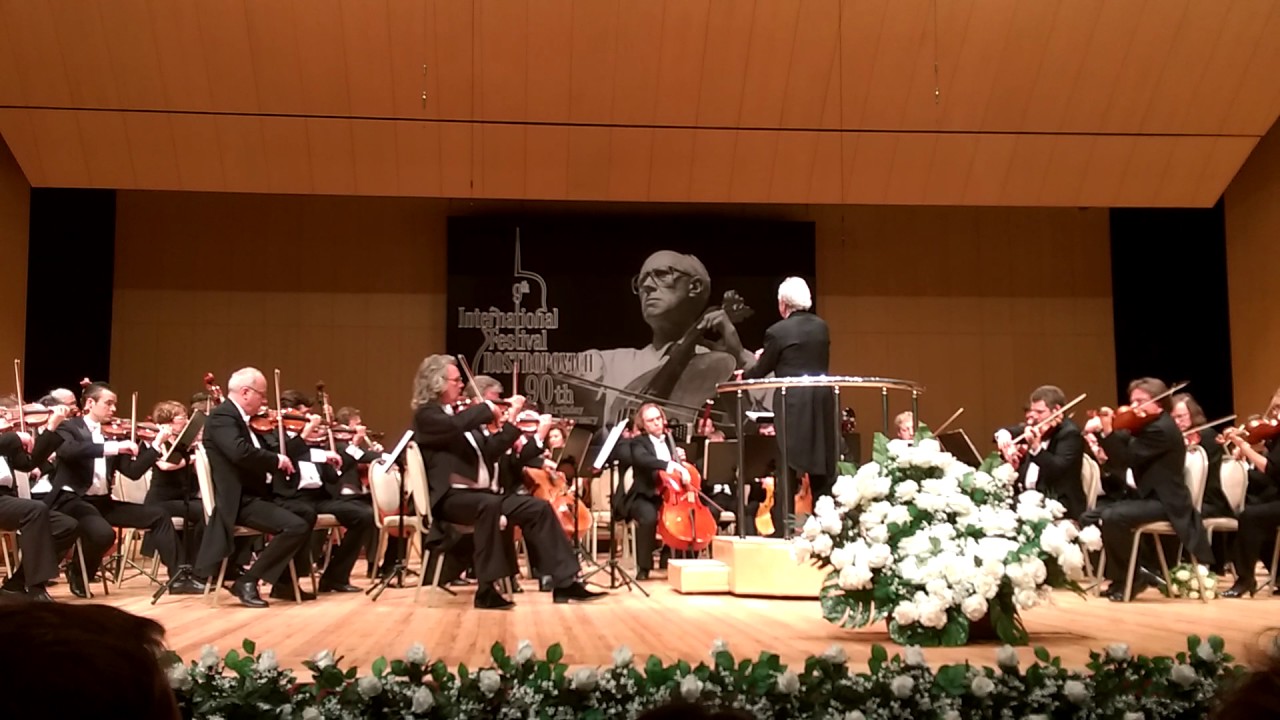 The festival was the brainchild of Olga Rostropovich, one of Mstislav’s daughters, eight years ago, who serves as the event’s director.

World class musicians and conductors from Europe and Russia are gathering in Moscow for one of the biggest events in the international music world. The ninth Mstislav Rostropovich International Festival, dedicated to memory of the legendary cellist and conductor of the same name, runs from March 27 to April 3.

The festival was the brainchild of Olga Rostropovich, one of Mstislav’s daughters, eight years ago, who serves as the event’s director.

This year’s event includes unique and special twists on past events: a multimedia presentation created by the Palace of Arts Reina Sofia in Valencia, Spain, and the Rome Opera in Caracalla, will be accompanied by the music of the “Roman trilogy” of Ottorino Respighi. The music will be performed by the Grand Symphony orchestra named after Peter Tchaikovsky and under the management of Conductor Antonio Mendez from Spain at the closing ceremony.

Last year the festival was held in Rostropovich’s birthplace: Baku, Azerbaijan. The capital city is where the cellist, pianist and conductor received his music education and paved the way for him to become one of the greatest cellists of the twentieth century.

Rostropovich’s repertoire is said to be larger than any other cellist.

Throughout his lifetime, Rostropovich, who lived from March 27, 1927 until April 27, 2007, won over 130 international classical music awards from more than 30 countries. He led the National Symphony Orchestra of the U.S., based in Washington D.C., and conducted more than 500 musical compositions.

The maestro conducted more than 70 orchestral parts, as well as nine operas, such as "Prayer to Era of Aquarius,” an original work by Sophia Gubaidulina, “Life with an Idiot” and "Gesualdo" by Alfred Schnittke, "Lolita" by Rodion Shchedrin and "Visions of Ivan the Terrible" by Sergei Slonimsky.

Rostropovich believed that music is a torch of goodness that can heal and improve the world. His daughter Olga, sharing his beliefs, tries to follow his outlook.

“There were no boundaries for him. His art equally inspired millions of people of different nationalities, beliefs and convictions. We try to follow this lofty idea,” she said.