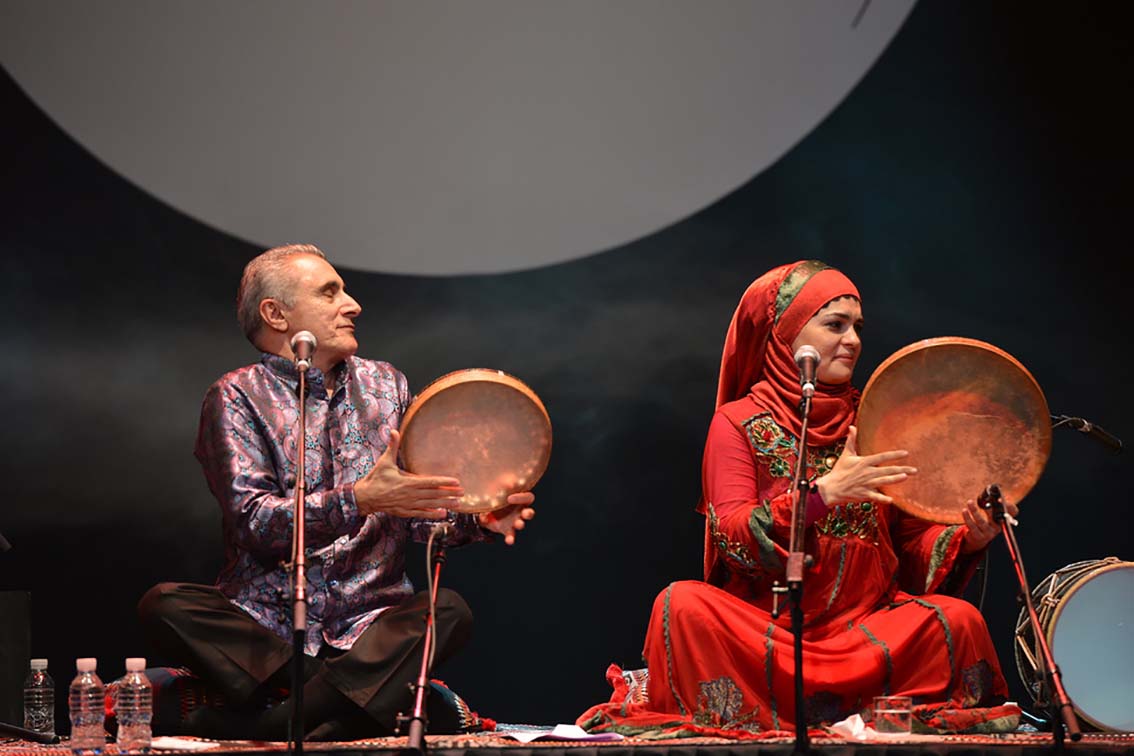 Azerbaijan is set to launch a new project aimed at raising awareness about mugham, the country’s most popular form of folk music, amidst a tourist influx.

Mugham will be performed at locations across the capital city Baku, the epicenter of a recent tourism boom in Azerbaijan, and surrounding areas. According to the Ministry of Culture and Tourism, around 1.2 million tourists came to Azerbaijan during the first half of this year, a 24 percent increase compared to the same period in 2016.

Concerts kick off Wednesday at the Palace of Culture in the northeastern coastal Mardakan area of Baku, with performances by the local folklore group Shirvan. Performances will be promoted through a television program called “Where Mugham Lives,” beginning August 23 and organized by the Main Department of Culture and Tourism of Baku, Culture TV Channel, and the International Mugham Center with the support of Azerbaijan’s Ministry of Culture and Tourism.

Mugham, said to be 700 years old and drawing on Arabic maqam music, weds classical poetry and musical improvisation in specific local modes. The dramatic unfolding in a mugham performance is normally associated with increasing intensity and rising pitches. Composition depends on not only musical scales but an orally transmitted collection of melodies and melodic fragments that performers use in the course of improvisation.

“Some of our guests are already familiar with mugham. But most hear it for the first time here in Azerbaijan,” Amil told Caspian News. “Mugham impresses tourists, and some express interest in finding out where they can see a concert performance rather than attend an event with traditional, modern music.”

Mugham is considered the pinnacle of folk music in Azerbaijan, and distinguishes itself from similar music found in the regional, including dastgah, performed in Iran. A performance typically consists of a trio:  A singer playing a daf (drum), and two instrumentalists, one plucking the stringed instrument called a tar and another playing the kamancha with a bow.

An improvisatory instrumental prelude, lasting five to ten minutes, is usually followed by singing poetry. The singer usually enriches his or her words by simultaneously playing the daf, to the accompaniment of the tar and the kamancha, which echo or anticipate the vocal lines.

The New York Times described mugham as “a symphonic-length suite, full of contrasting sections, unmetered and rhythmic, vocal and instrumental, lingering around a single sustained note or taking up a refrain that could be a dance tune.” UNESCO proclaimed mugham as a Masterpiece of the Oral and Intangible Heritage of Humanity in 2003, and five years later inscribed it on the Representative List of the Intangible Cultural Heritage of Humanity.

To promote mugham music worldwide, Azerbaijan launched a state-of-the-art International Mugham Center in 2008 along the Caspian Sea promenade in Baku. The center hosts concerts headlined by masters of the art form, including Alim Qasimov, a 60 year-old singer who is considered one of the greatest musical performers alive in Azerbaijan.

Guliyev has gained exposure in the United States and Europe, with regular tours and performances at international music events. He performed in the 2012 Eurovision Song Contest, held in Baku.

In the 1990s, Gasimov teamed up with the American musician Jeff Buckley at a classical music festival in France as part of his Europe tour. Gasimov and Buckley performed a duet of "What Will You Say," which featured on Buckley's Live à l'Olympia release.

"He just came with his drum, and he sang, and it was so pure and effortless,” Buckley said about his collaboration with Gasimov. “That's what the voice is for."