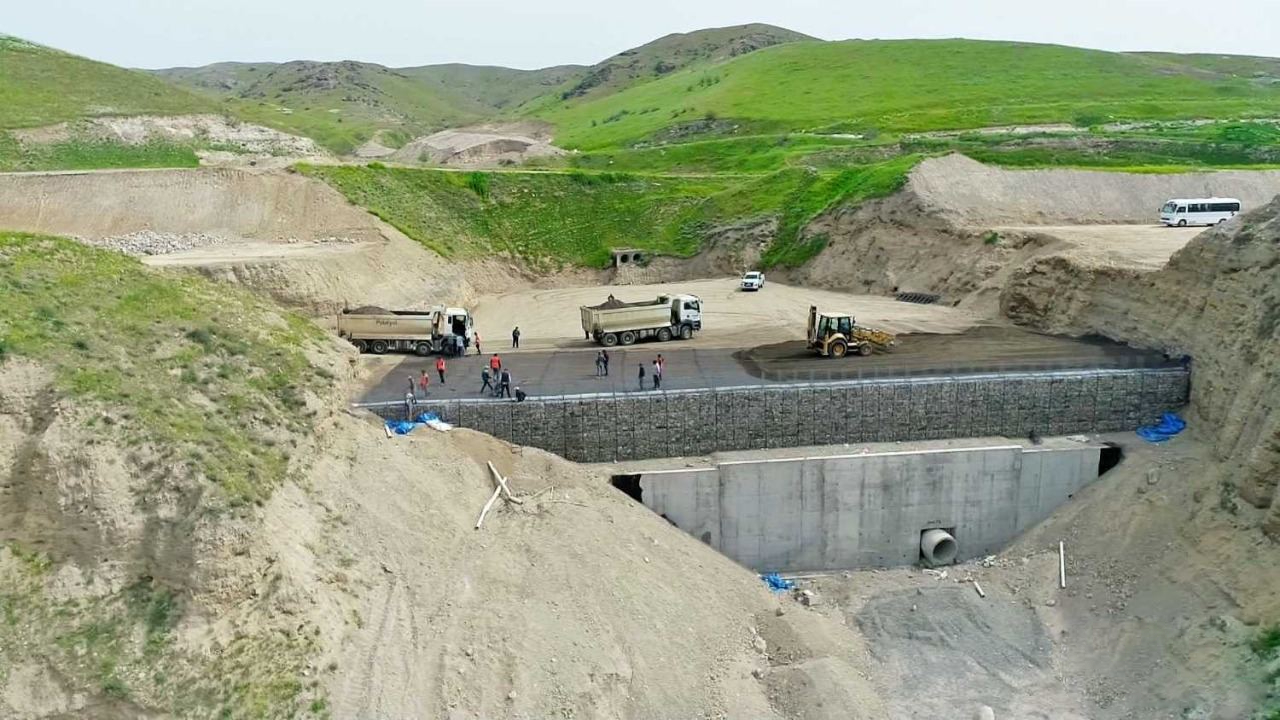 An official at the International Road Transport Union (IRU) has recently highlighted the importance of Azerbaijan’s Zangazur corridor, a multimodal transport route, in facilitating cargo deliveries between Türkiye and Central Asia.

Erman Ereke, who heads the permanent IRU mission in Türkiye and Middle East countries, said on Wednesday that the corridor would benefit all regional players as a unique route carrying more than half of the goods from Türkiye to Central Asia and vice versa via the territory of Azerbaijan.

“With the launch of this corridor, the volume of cargo transportation from the southern ports of Iraq, Syria, and the Mediterranean in transit through Turkiye will increase,” Ereke said in a meeting with the Azerbaijani officials.

“Currently, between Turkiye and the countries of Central Asia, the average annual turnover is 110-120 thousand trucks. I think that with the opening of the Zangazur corridor and the simplification of a number of procedures in Azerbaijan, more than half of these cargoes can pass here,” he added.

For his part, Mehmet Uylukchu, the President of the Union of Automobile Carriers of the Black Sea Economic Cooperation Organization (BSEC), who also attended the meeting, noted that Azerbaijan had become a strategic country in the process of creation of new transport routes.

“Today, one of the main goals is the further introduction of electronic services in Azerbaijan. We intend to expand our strategic cooperation with the Association of International Road Carriers of Azerbaijan to ensure safe cargo transportation,” Uylukchu said, adding that IRU and BSEC are ready to render all necessary support to Baku in this regard.

The trade between Türkiye and the five Central Asian countries – Kazakhstan, Turkmenistan, Uzbekistan, Kyrgyzstan, and Tajikistan - has been on the rise over the recent years.

The Turkish exports to Kazakhstan increased from $460 million in 2005 to $979 million in 2020, according to data compiled by the Kazakhstan-based Eurasian Research Institute. Over the same period, exports to Kyrgyzstan grew from $90 million to $416 million and to Tajikistan from $47 million to $173 million. In 2020, Turkmenistan imported products worth $786 million, while in 2005, this figure stood at $181 million. Uzbekistan came on top of Türkiye’s trade partners in Central Asia in 2020. The value of Turkish exports to Uzbekistan increased from $151 million in 2005 to $1.15 billion in 2020.

A total of $3.5 billion of Turkish exports to the Central Asian markets in 2020 varied from textile products to industrial goods and machinery.

The multimodal Zangazur corridor is expected to give momentum to the growing mutual trade volumes between these two destinations. The passage will restore the connection between Azerbaijan’s mainland with its southwestern exclave of Nakhchivan with a further spur into the Turkish market.

Construction of the Zangazur Corridor is one of the economic benefits brought into the region after Azerbaijan’s victory in the Second Karabakh War in 2020 and the liberation of its territories from decades-long illegal Armenian occupation.

Azerbaijan has been actively restoring the vital Horadiz-Aghband railroad that stretches to the Armenia-Azerbaijan state border in the country’s Zangilan district as an integral part of the Zangazur corridor. The project is being implemented in three stages totaling 110.4 kilometers in length. The railway is expected to go online sometime in 2023.

Azerbaijani authorities are convinced that such regional transportation projects as the Zangazur Corridor could foster peace and cooperation and create new opportunities. According to some analysts, the corridor will form an essential link in the East-West and North-South transport corridors to benefit all regional countries and contribute to the Eurasian trade and transport communications that incorporate the regional economies with a nominal GDP of $1.1 trillion.

At the same time, the country’s multimodal transport infrastructure, including the Baku Sea Trade Port on the Caspian Sea coast and the Baku-Tbilisi-Kars railway stretching from Azerbaijan to Türkiye through Georgia, is expected to back up the feasible operation of the Zangazur corridor.