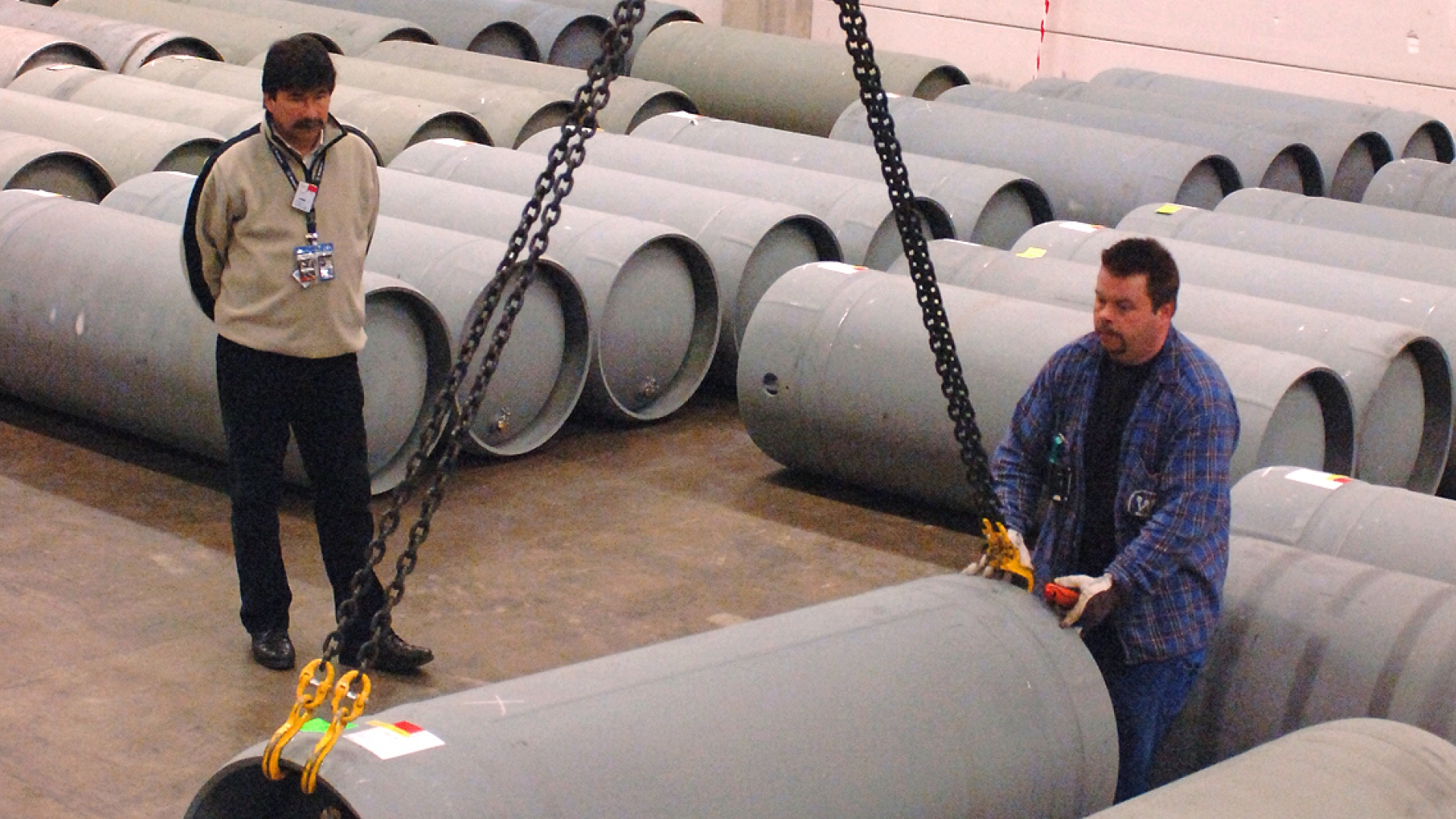 The first shipment of LEU sent to the bank came from the Orano Cycle nuclear company in France, passing through Russia, before making its way to Kazakhstan. The 32 cylinders filled with LEU were checked by IAEA experts on the ground.

The world’s largest low enriched uranium (LEU) bank has officially opened its doors, after the first shipment of the material was delivered to Ust-Kamenogorsk, a city in eastern Kazakhstan.

The bank is operated by the International Atomic Energy Agency (IAEA) and serves as a source of nuclear supplies of last resort to countries with nuclear power plants, in case they are unable to obtain the fuel on the open market.

“With the arrival of the first shipment, the IAEA LEU Bank is now established and operational,” said Cornel Feruta, the IAEA’s acting director general, according to a statement posted to the organization’s website. “It is the first time the Agency has undertaken a project of this legal, operational and logistical complexity.”

The bank can store up to 90 metric tons of uranium suitable for making fuel to feed a light-water nuclear reactor. The IAEA is responsible for acquiring, delivering, and maintaining LEU for the bank. In addition, the agency is obliged to cover expenses incurred for the import and export of the material, as well as taxes, fees and duties. Kazakhstan pays for direct storage and internal movements of uranium.

The list of donors who contributed to the establishment and operation of the bank includes IAEA member states, the Nuclear Threat Initiative, the United States, the European Union, the United Arab Emirates, Kuwait, Norway and Kazakhstan.

The bank, located at the Ulba Metallurgical Plant in Oskemen in eastern Kazakhstan, had been inoperative for almost two years, waiting for the first LEU delivery, after it was commissioned in 2017.

The first shipment of LEU sent to the bank came from the Orano Cycle nuclear company in France, passing through Russia, before making its way to Kazakhstan. The 32 cylinders filled with LEU were checked by IAEA experts on the ground.

“Because of the long journey, it took more than four weeks to transport the LEU to the site,” Marta Ferrari, the IAEA’s Acting Project Executive for the bank said Thursday. “It required coordination among many partners involved in the project. We have gained valuable experience, as well as confidence, that we can use this transport route in case a country requests supply of LEU.”

The second LEU shipment is to come later this year from the state-owned nuclear company Kazatomprom.

As a part of the former Soviet Union, Kazakhstan once had one of the world’s largest nuclear arsenal and was the primary testing ground for Soviet nuclear weapons. Today Kazakhstan possesses about 12 percent of the world’s recoverable uranium, with 50 known deposits and 22 uranium mines operated by Kazatomprom and through joint ventures.

Despite concerns expressed about the physical security of the LEU bank, officials from the energy ministry in Nur-Sultan say the facility is safe and secure.

“People may confuse low enriched uranium and nuclear waste, but it has nothing to do with nuclear waste,” said Kazakhstan’s energy minister, Kanat Bozumbayev.

“The creation of a bank is Kazakhstan’s significant contribution to nuclear disarmament and the strengthening of international security. For Kazakhstan, it is also recognition of the technological level of the nuclear fuel cycle enterprises and a high level of safety,” he said.