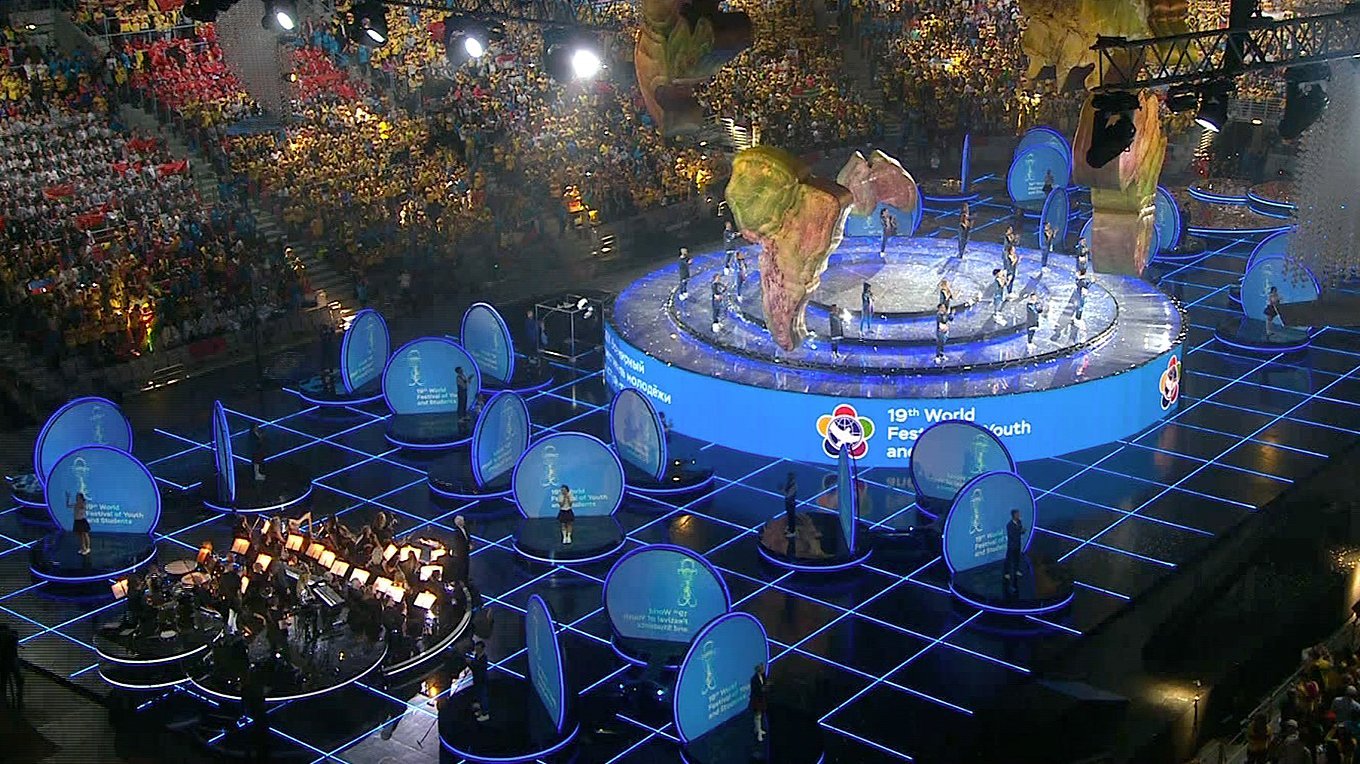 The 19th World Festival of Youth and Students (WFYS), an international event that brings together tens of thousands of young people from around the world rallying together for environment protection, education, culture, democracy and a rejection of war, is currently underway in the Russian coastal city of Sochi.

“Our country is proud to have hosted this world youth festival twice [previously],” Russian President Vladimir Putin said during the opening ceremony held at the Bolshoi Ice Dome arena on October 13. The first youth festival to be held in what is now Russia was in 1957, when the USSR hosted the sixth festival in Moscow.

“In 1985, Muscovites gathered on the city’s streets and building rooftops to cordially welcome the guests of the 12th World Festival of Youth and Students,” Putin said.

Thirty thousand people, including 20,000 youth, from more than 150 countries are taking part in this year’s event, which wraps up on Sunday. The week-long event addresses global issues including the environment, poverty, education and energy through various platforms, panel discussions, creative activities and lectures.

President Putin used the opportunity to make a pitch for luring Russian scientists that have gone to work abroad.

“We must create laboratories, plus administrative, organizational, living and other conditions for them, so that they would come in full force and feel comfortable here,” Putin said during a question and answer session. “We have agreed that the mega-grant program will be divided into several stages for attracting young researchers from among post-graduate students and young researchers with post-graduate degrees.

The Russian government is known for giving generous grants to not only Russian expatriate scientists but also foreign groups. Some researchers have been given millions of dollars for nothing more than a promise to the Russian government that they will carry out the work they state in their proposals.

In 2011, leading German oceanographer Peter Koltermann was awarded a grant for 150 million rubles ($5 million) to research natural disaster risks. Grants were also awarded to Nobel Prize laureates such as astrophysicist George Smoot and organic chemist Osamu Shimomura, and surgeon Paolo Macchiarini, the first person to successfully transplant a trachea grown from a patient's own stem cells.