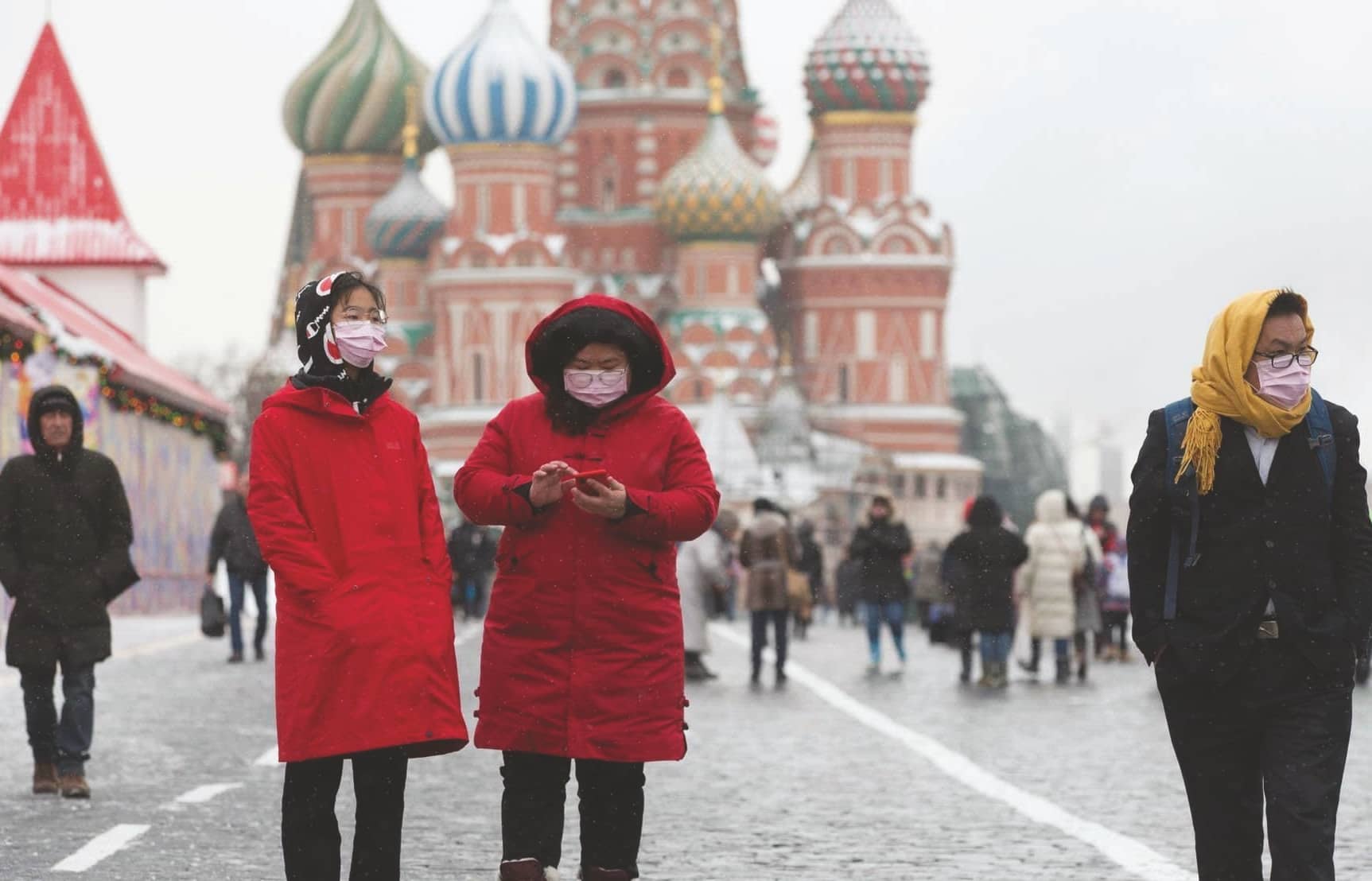 Although the country broke its daily coronavirus record with more than 20,000 new infections on Friday, Altstein believes that the current situation is no more dangerous now than it was in the spring.

Russia may be close to reaching its peak in infections after experiencing a recent spike in coronavirus cases.

Virologist, professor at the Gamaleya Research Institute of Epidemiology and Microbiology in Russia Anatoly Altstein has expressed his hopes that Russia will reach a plateau in the number of Covid-19 cases anytime soon.

"I think that we will climb the plateau in the near future and so on this plateau we will live with slight fluctuations until spring," Corona24 News quoted Altstein as saying on Friday citing his interview with the Russian RBC TV channel.

The deadly virus, which was first identified in the Chinese city of Wuhan in December, hit Russia in March, prompting the country's authorities to enforce strict measures in an effort to slow its spread, including the introduction of a stay-at-home order. However, the implemented measures have done little to curb the spread of the virus. The coronavirus outbreak has reached all of Russia's regions, from the Kaliningrad exclave between Poland and Lithuania, to the remote Chukotka autonomous district.

Although the country broke its daily coronavirus record with more than 20,000 new infections on Friday, Altstein believes that the current situation is no more dangerous now than it was in the spring.

Russian authorities continue to rule out a nationwide lockdown as a measure to slow the spread of Covid-19, opting instead for targeted measures, including enforcing a public mask mandate and requiring some schoolchildren and employees to study or work from home. Altstein believes preventative measures should be tightened in Russia, as was done in Western countries.

"I would not like to dictate anything to the authorities in this regard, because I believe that the authorities have a number of data that doctors do not take into account," he added.

Last month, the Kremlin ruled out a full lockdown as Russia’s measures had been effective in containing the virus without imposing lockdowns. However, since then there have been record numbers of coronavirus deaths across the country and nearly every day sees a new daily record number of cases. While Moscow, the country's worst-hit city of more than 12 million residents, remains the epicenter of Russia’s coronavirus outbreak with 5,902 new cases, St. Petersburg has notched up 1,485 new infections as of Tuesday.

Russia currently has the fourth highest overall number of coronavirus infections worldwide, behind the US, India and Brazil. Russia confirmed 20,977 new daily Covid-19 cases on Tuesday, bringing the total number of confirmed cases in the country to 1,817,109. On the same day, Russia’s coronavirus crisis centre said 368 more deaths were confirmed in the last 24 hours, bringing the death toll to 31,161.

Meanwhile, Russian health authorities have granted approval to a second Covid-19 vaccine developed by the Vector State Virology and Biotechnology Center in Siberia, though neither of the Russian vaccines have passed the third phase of trials. Moscow and other regions of the country will receive thousands of Russia's first vaccine "Sputnik V" in the coming days, Moscow’s Gamaleya Research Institute said on Friday, reported Lenta.ru.

First identified in China, the novel coronavirus, or Covid-19, has infected 51 million people and killed more than one million worldwide, according to data compiled by Johns Hopkins University. Due to the fact that many people infected with the virus do not experience symptoms, the actual number of cases is likely to be significantly higher.