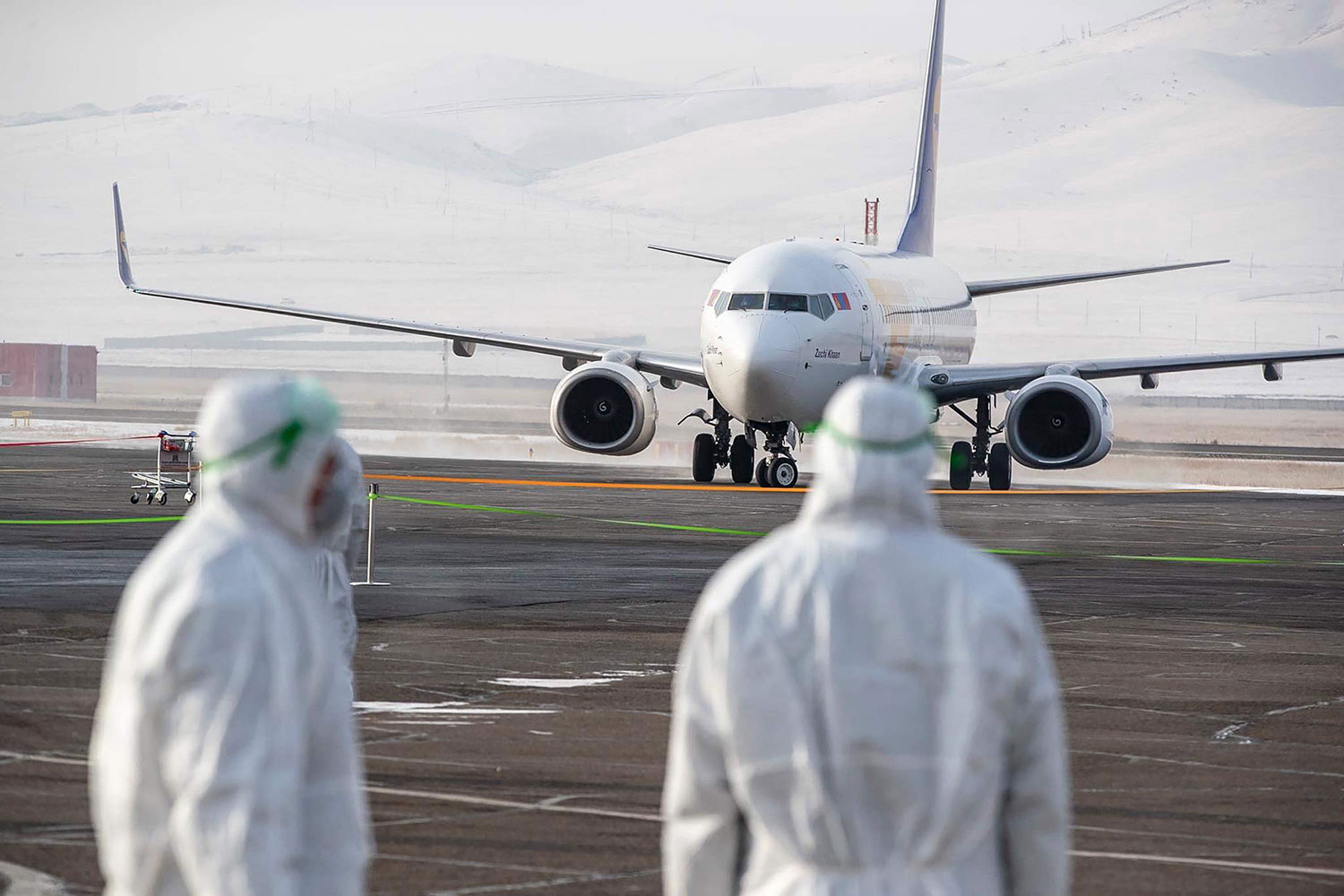 The civil aviation agency Rosaviatsiya as of Friday night has halted regular and charter air travel, however exceptions are being made to repatriate Russian citizens already abroad in hard-hit areas of the world.

As COVID-19 cases are on the rise in Russia, authorities there are tightening measures to stymie the spread of the virus, which has already stricken more than 741,000 people worldwide and thus far has killed over 35,000.

The government ordered aviation authorities to halt all international flights, after weeks of Russia having avoided the fate that seems to be plaguing other big countries, including the United States, as the virus spread throughout the world. The civil aviation agency Rosaviatsiya as of Friday night has halted regular and charter air travel, however exceptions are being made to repatriate Russian citizens already abroad in hard-hit areas of the world.

Earlier in March, Russia limited flights to and from the European Union. Moscow has already closed its borders temporarily, even barring residents of neighboring countries from entering.

Meanwhile, President Vladimir Putin is optimistic about the preventive measures being taken. At a meeting with members of Russia’s business community held on Thursday, Putin reportedly said that Russia's coronavirus situation could be resolved in less than three months if the country imposes effective and tough measures.

Addressing the nation in a televised broadcast, Putin on Wednesday declared a week-long, paid stay-at-home holiday starting March 28 in an effort to curb the spread of coronavirus. As Russia contends with the mounting public health threat, authorities have also called on Moscow residents over age 65 to self-isolate at home.

Amid the rising toll of infections, officials in Moscow, where about two-thirds of the cases were reported, is moving fast to take additional preventive measures, closing all restaurants, cafes, bars, shops and parks in the capital for a week, starting this past Saturday. Those measures are the strictest Russia has seen so far.

In an interview with Science magazine, Alkhovsky said the majority of patients who tested positive arrived from Europe.

"Unfortunately, measures to restrict air travel with Europe were introduced too late, when outbreaks had already occurred in Italy and other countries.”

Russia shares a 4,209 km (2,615 mi) border with China, where the virus first emerged in December, but as of March 10 had only seven confirmed cases of the novel coronavirus. But since then, the numbers in Russia have risen. According to an interactive and near-real-time map maintained by Johns Hopkins Center for Systems Science and Engineering, Russia now has over 1,836 reported cases of COVID-19 and nine deaths as of Monday.