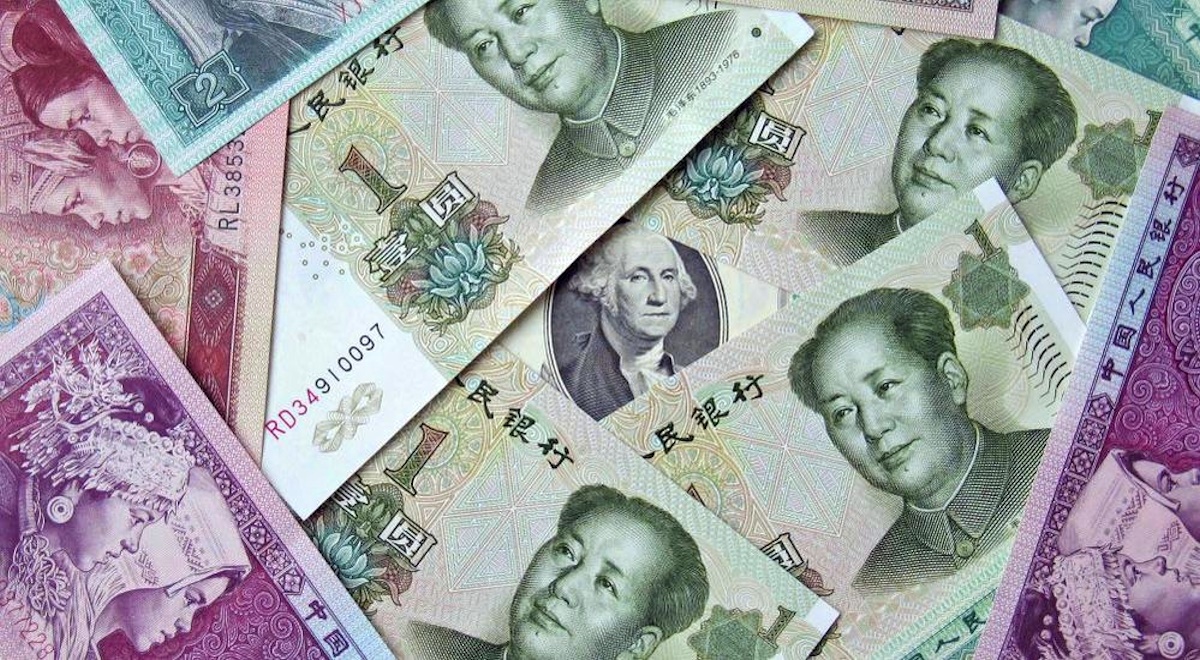 Bilateral trade between the two countries is predicted to hit $100 billion by the end of the year. Russian President Vladimir Putin and Chinese President Xi Jinping are hoping to double this figure to $200 billion within next six years, as well as increase Chinese investments in the Russian economy to around $15 billion.

Russia and China are jointly developing an intergovernmental agreement to boost the use of their national currencies, the Russian ruble and Chinese yuan, in bilateral commerce and trade instead of using the American dollar, which has dominated the global financial markets for decades.

"It [the document] is currently being prepared, the process is not easy," said Deputy Minister of Russia’s Economic Development Sergey Gorkov, according to TASS. When the document will be signed and when the agreement will be implemented has not been announced.

There are a number of factors at play as to why Russia and China would decide to ditch American greenbacks in favor of national currencies, and recent moves by the Trump Administration have been some of them.

Russia is facing American sanctions over geopolitical maneuvering in Ukraine and Syria as well as accusations of the meddling in the 2016 U.S. presidential elections, while China has been hit since this past summer with a series of steep tariffs on exports entering the U.S.

"Russia and China have had some experience of using national currencies in bilateral trade," said Gorkov.

Moscow and Beijing have been implementing the terms of a ruble-yuan currency swap agreement that was inked between the Central Bank of Russia and the People’s Bank of China in 2014, after Washington imposed its first round of sanctions on Russia. By the end of 2017, that agreement was extended to boost bilateral trade and ensure mutual investment cooperation between the two countries, hoping to escape from using the American dollar in bilateral payments.

"In fact, we now have the parity price with China in trade," said Gorkov, adding that the balance with China has transformed from a deficit to a surplus.

Bilateral trade between the two countries is predicted to hit $100 billion by the end of the year. Russian President Vladimir Putin and Chinese President Xi Jinping are hoping to double this figure to $200 billion within next six years, as well as increase Chinese investments in the Russian economy to around $15 billion.

China has become Russia's largest economic partner and is responsible for about 15 percent of Russia’s international trade. Last year trade between Beijing and Moscow jumped by 20.8 percent reaching $84 billion, according to reports citing the Chinese customs authority. Exports from China to Russia increased by 14.8 percent and averaged about $42.9 billion last year, while Russian exports went up by 27.7 percent, to $41.2 billion.

Currently Russia is trying to develop its Far East areas by improving infrastructure and intensifying cooperation with Asian nations such as China, Japan and South Korea. Meanwhile, President Xi Jinping supports Putin's intentions to boost ties amid growing tensions with Washington, agreeing with Putin that American unilateralism and trade protectionism must be challenged.

Using a national currency in international trade is not something new for Russia. It already does so for trade settlements with the countries of the Commonwealth of Independent States and the Eurasian Economic Union.

This summer Russian Foreign Minister Sergei Lavrov suggested that countries facing sanctions like Iran, Turkey and Russia may start doing business in their national currencies. Speaking at a press conference with his Turkish counterpart Mevlut Cavusoglu in Ankara on August 14, Lavrov suggested that the days of the U.S. dollar as the international reserve currency may be numbered.

"I’m confident that the grave abuse of the role of the U.S. dollar as a global reserve currency will result over time in the weakening and demise of its role," Lavrov said.

Given the deterioration of Turkish-U.S. relations, Turkey’s President Recep Tayyip Erdogan expressed his readiness to use national currencies to conduct bilateral trade with China, Russia and Ukraine in response to the American sanctions.