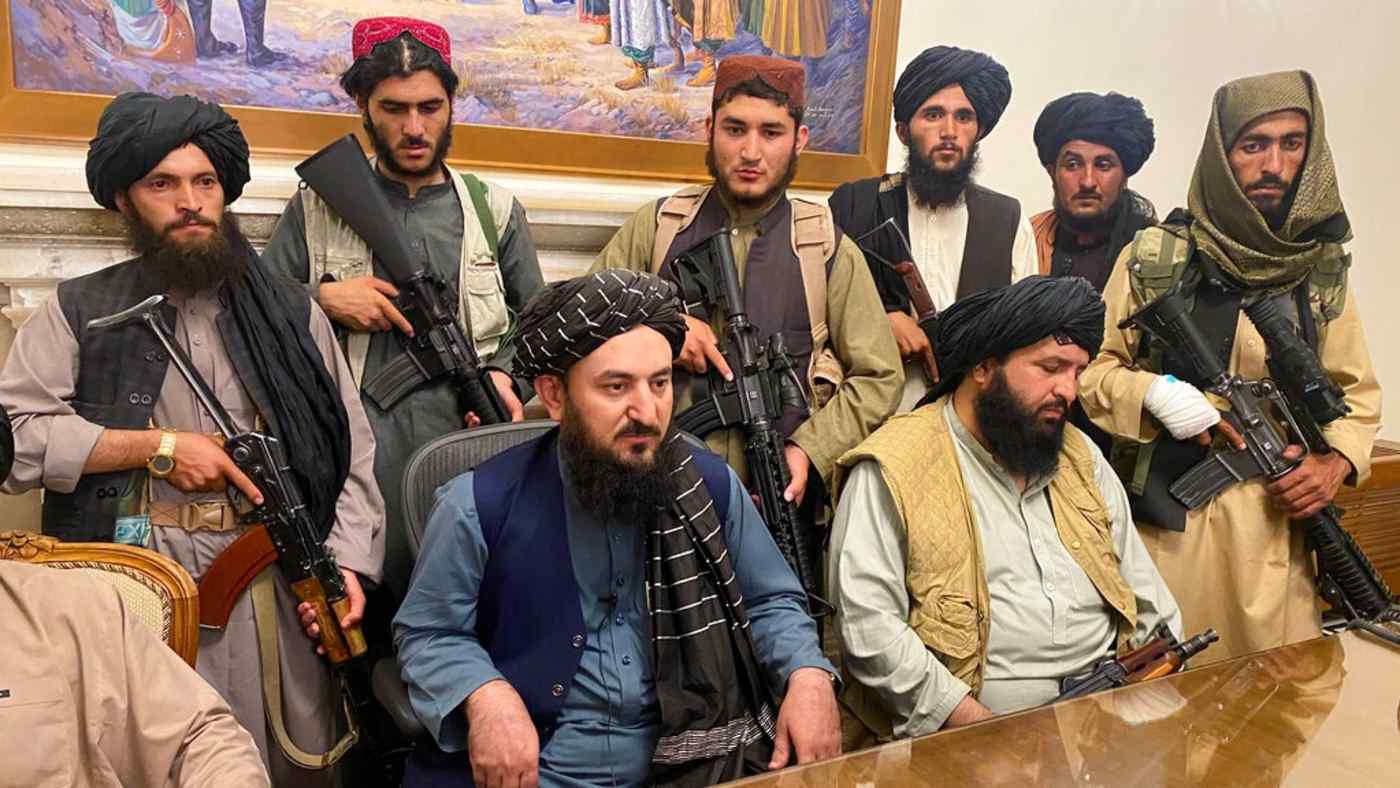 Although the Taliban offered assurances that their quick gains on the ground in Afghanistan would not threaten Russia or its allies in Central Asia during their visit to Moscow on July 8, Moscow was bolstering its military presence in Central Asian countries that border Afghanistan amid the US withdrawal from the country. / AP

Konstantin Kosachev, Deputy Speaker of the Russian Federation Council, warned that the Taliban's takeover of Afghanistan could threaten the security of Russia and its Central Asian allies.

The Russian lawmaker said he believes that the collapse of the Afghan government and the return of Taliban rule may potentially lead to more terrorist groups forming in the country.

"There is already an increase in the interest of the IS in Afghanistan and Central Asia, after its defeat in Syria and Iraq," Kosachev wrote on his Facebook account on Sunday. "Regardless of whether ISIS eventually reaches an agreement with the Taliban (and such a scenario cannot be ruled out), the threat to Russia and its allies will objectively increase."

According to Kosachev, many different groups are already operating in Afghanistan, "including those from the post-Soviet space," which are now based in the north of the country, in close proximity to the borders of Central Asian countries.

Russia has an interest in helping safeguard the borders of Central Asia, the vast region in Asia that lies just south of Russia, as authorities in Moscow are concerned that terror threats emanating from Afghanistan can eventually reach Russia’s doorsteps.

Although the Taliban offered assurances that their quick gains on the ground in Afghanistan would not threaten Russia or its allies in Central Asia during their visit to Moscow on July 8, Moscow was bolstering its military presence in Central Asian countries that border Afghanistan amid the US withdrawal from the country.

"The question is not even whether they can be trusted," Kosachev wrote. "The Taliban is, in principle, a Pashtun nationalist movement, whose tasks are generally limited to the Afghan territory, unlike the IS."

Meanwhile, the Russian Foreign Ministry said there are no plans to evacuate the Russian Embassy in Kabul. Russian state media reported that the Taliban group formed after the Soviet withdrawal from Afghanistan had promised to guarantee the safety of diplomatic staff.

The Taliban has gradually taken control over parts of Afghanistan in recent days before entering Kabul on Sunday. The militant group is expected to soon establish the Islamic Emirate of Afghanistan (IEA) - the same name it gave to the country before it was ousted by the US and western allies following the terrorist attacks on the US on September 11, 2001.

Since US-led forces began withdrawing from Afghanistan, the security situation in Afghanistan has swiftly worsened and created problems for the neighboring countries.

Many experts on Afghanistan argue that without the permission of the Taliban, such extremist and terrorist groups will not violate the borders of the CIS member states, however, the events that took place in the 1990s suggest otherwise.

Originally rising from the chaos of Syria’s civil war, Islamic State (IS) announced its expansion into Afghanistan in 2015. Turkmenistan, Uzbekistan and Tajikistan all share a long border with Afghanistan, where Islamic State is consolidating and expanding its foothold. However, Tajikistan which shares the longest land border with turbulent Afghanistan, precisely 1,357-kilometer (843 miles), is more at risk than any Central Asian state.

For this purpose, Russia had stationed the 201st Military Base in Tajikistan, which is considered the largest force of the Russian Armed Forces based in a foreign country, with about 7,000 troops, 96 tanks, eight helicopters, five ground attacks aircraft, and many other military pieces of equipment. Russia also has its military base in Kyrgyzstan, around 20 km east of the capital Bishkek.