Why a Potential Nuclear Disaster in Ukraine Could Affect Caspian Region 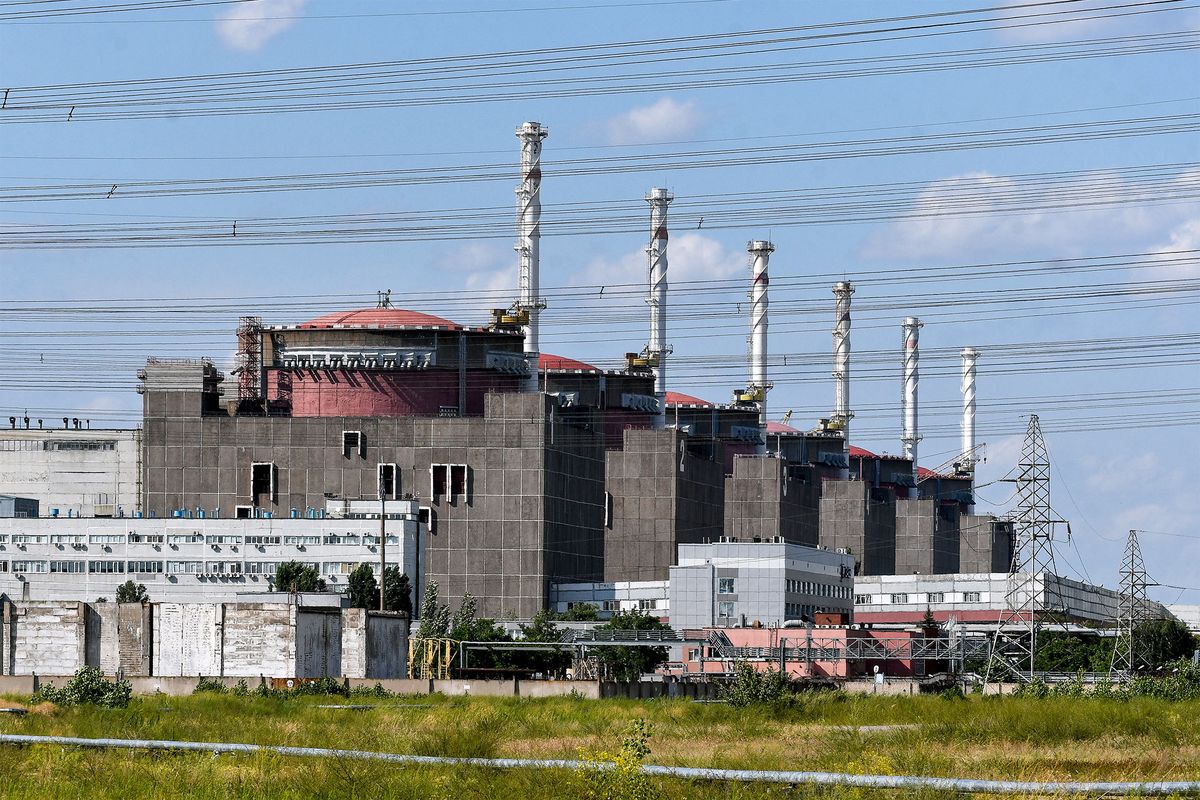 Zaporizhzhia nuclear power plant in Ukraine is the largest of its kind in Europe. One-fifth of Ukraine's annual electricity power output comes from this facility / Dmytro Smolyenko / Bacroft/Getty Images

The Ukrainian government confirmed this week the eruption of forest fires around the abandoned Chernobyl nuclear power plant (NPP), blaming the Russian military, which currently controls the facility, for triggering the incident.

The parliament of Ukraine said in a statement that the satellite images taken by the European Space Agency revealed at least seven fires in the exclusion zone of the facility and Russian control of the plant has been impeding the operations to extinguish the blazes.

"Existing fires in areas with significant levels of radionuclide contamination and at the location of radioactive waste management infrastructure within a 10-kilometer radius are particularly dangerous," the statement added.

The Russian troops captured the Chernobyl nuclear power plant, where the world's most fatal nuclear disaster happened in 1986, in the first days of the armed invasion of Ukraine's territory in February. According to the Ukrainian government, monitoring of the radiation levels at the facility is out of control due to the ongoing war. About 200 tons of nuclear fuel is reportedly trapped underneath the disabled reactor.

Meanwhile, Europe’s largest Zaporizhzhia nuclear power plant (NPP) in the Enerhodar city of Ukraine was also captured by the Russian forces on March 4, 2022. Ukraine’s foreign minister said that the Zaporizhzhia NPP was being shelled from all sides by the Russian forces, which caused a fire at the five-story training facility outside the main building. Foreign Minister Dmitry Kuleba wrote on Twitter that if the plant exploded it could lead to a nuclear disaster “10 times larger than Chernobyl”.

The Zaporizhzhia NPP, which was put into operation in 1985, is the largest nuclear power plant of its kind in Europe and among the ten largest in the world. It generates about half of the nuclear power or 6,000 MW and one-fifth of the overall annual power output in Ukraine, which was 149 billion kWh in 2020.

In the meantime, the Director of the Institute of Radiation Problems of the Azerbaijan National Academy of Sciences, professor Islam Mustafayev, said the incidents around the nuclear facilities of Ukraine can have an impact on a greater region, including the Caspian Sea littoral countries.

“If the cooling system [of the NPP] is damaged, an accident at the reactor will be inevitable. Since the Zaporizhzhia nuclear power plant is located far from Azerbaijan, it is unlikely that the radiation from the explosion will reach our country,” Mustafayev said, according to Caliber.az.

“But if radioactive isotopes get into the Volga-Don Canal, they can reach Azerbaijan. Zaporizhzhia NPP is located near the Black Sea. If the Black Sea faces radioactive pollution, then it can contaminate the Volga River and the Caspian Sea. In the event of an explosion at the plant, all the Caspian countries may suffer.”

Nuclear threats are nothing new for the Caspian countries, in particular Azerbaijan, which shares a border with Armenia, the owner of the South Caucasus region’s only nuclear facility. The Soviet-era Metsamor nuclear station in Armenia, located 85 kilometers north of Azerbaijan’s border, is described as one of the world’s most dangerous NPPs and one of the world’s five potential nuclear disasters waiting to happen. In 2011, National Geographic even suggested that Metsamor might be "the world’s most dangerous nuclear plant."

The plant was built on an earthquake-prone zone and was put into operation in 1976 without containment structures. It is one of five of the last first-generation water-moderated Soviet-era reactors without a containment vessel, which is a requirement of all modern reactors. As far back as 1995, observers dubbed it a “reckless gamble” with region’s future and the lives of millions of people living in the surrounding countries. At the time, the Nuclear Energy Institute in Washington, D.C. said in a report that Metsamor is not in line with Western-style safety standards, comparing it to Ukraine’s collapsed Chernobyl reactor.

Despite numerous calls for the plant’s closure, Armenian authorities have been refusing to take necessary measures. Should a major nuclear or radiation accident take place at Metsamor, the greater region spanning Armenia, Turkey, Azerbaijan, Georgia, Iran, Russia, and southern Europe would be affected.