When You Think Of The Nobel Prize, Think Of Azerbaijan 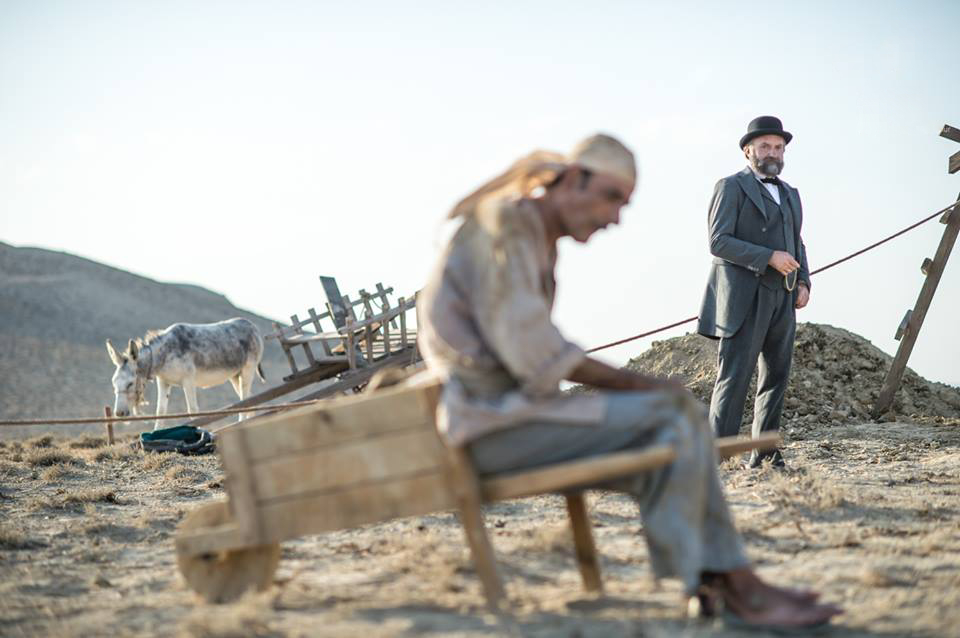 A scene from the "Miras" movie / Baku Media Center

Alfred Nobel is best remembered today for the six prizes awarded annually in his name “for the greatest benefit to humankind,” as he once said. But the Nobel Brothers might as well be known for their time spent in Azerbaijan in the late nineteenth century, and the prize’s connection to the Caspian country’s booming oil industry. Last week a new documentary film that dramatizes the life and work of the Nobel Brothers in Azerbaijan was screened in Baku, helping make that link.

“Miras” (meaning “heritage”), produced by Baku Media Center and first shown on December 21, is about the arrival of the Nobel brothers to Azerbaijan and growing a small oil refinery in Baku to the largest oil company in the world. Robert, the eldest of the three Nobel brothers, arrived in Baku in 1874 and purchased a small oil distillery and a plot of land. One year later he struck oil on that land, which started what became a family business – an energy company called Branobel.

“But there is a giant rival that is hindering Robert’s work - John Rockefeller's Standard Oil,” says the narrator in the film’s trailer. “Fighting for the Baku oil is in the focus of the world. The Nobel brothers unite their efforts to win this fight.”

The film, which was sponsored by the Nobel Oil Company, tells the story of Robert, Ludvig and Alfred and their journey from hardship to international success. Founded in 2005, Nobel Oil Services is a diversified group of companies that provides drilling, construction, procurement, and oilfield services in Azerbaijan and the Caspian region. The founder of the Nobel Oil Services was inspired by the Nobel Brothers’ achievements in the oil industry of Azerbaijan in choosing a name for his company.

The screenplay for “Miras” provides substantial insight into the thrilling story of the brothers’ achievements in Azerbaijan, including the creation of the world's first petrol tanker and storage tanks for crude oil and oil products. Amongst other achievements, the Nobels also launched oil pipeline in Baku, which was also the first oil pipeline in Europe.

The film speaks simultaneously about the increasing importance of oil in the industrialized world and the geostrategic importance of Azerbaijan in the global market of what came to be known as ‘black gold’. The uninterrupted efforts of the Nobel Brothers helped turn Baku into a major supplier of oil and oil-based products for markets throughout Russia, Europe, China, India and Iran in the late nineteenth and early twentieth centuries. By 1900, nearly half the world's oil supplies were pumped from the oil rigs of Baku, and the rest were from those in the United States. The Nobels erected so many wood-encased oil rigs along the western shores of the Caspian Sea in the Absheron peninsula that the landscape was later called the “forest of the Nobels.”

To facilitate the movement of oil from the rigs to the refineries, the brothers had built the first pipelines of their kind. When the price for rail transportation from Baku to the market ran too high, the Nobels invented another system that became a game-changer: In 1877, they built a 12 kilometer pipeline for bringing oil directly from the rigs to vessels. In 1878, the world’s first steam powered oil tanker named Zoroaster built by Ludwig Nobel had set sail from the Baku waterfront, launching what was to become a fleet of more than 130 vessels.

The business of the Nobel Brothers in Baku has come to an end after the October Revolution in Russia and the rise to power of the Bolshevik forces. Emanuel Nobel, son of the late Ludwig Nobel was forced to shut down Branobel’s activities both in Russia and Azerbaijan and flee in 1918 when Bolsheviks started nationalization of all private properties.

Zaur Gasimli, the director of the film, said in his interview with AZERTAC on December 21 that it took roughly one year to make the necessary preparations for shooting “Miras,” including the screenwriting, casting and site selection. Nearly 2,000 people including hundreds of professional actors, episodic role players and technical staff participated in the film’s creation, for which shooting took over 40 days. Shooting took place at more than 30 locations across Azerbaijan and Belarus. 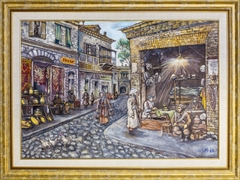 The life of Mountain Jews living in different parts of Caucasus, including Azerbaijan, is being s...