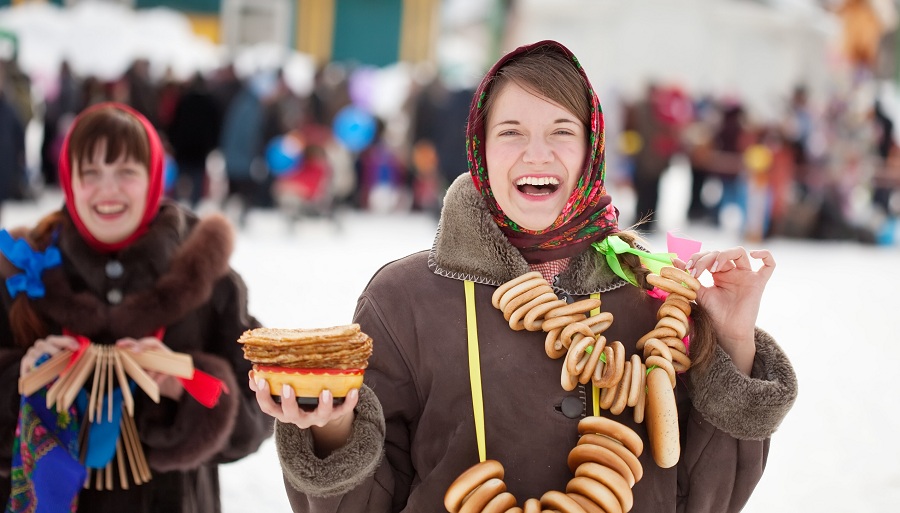 But what is the most delicious and famous thing about Maslenitsa is a huge variety of pancakes or “bliny” in Russian.

Headed to Russia? Try not to miss out on Maslenitsa, the traditional Russian folk holiday that pre-dates the modern era and celebrates a farewell to winter and welcomes in the spring. While nearly 500 Maslenitsa events are scheduled across the country this year, one of the largest festivals will take place in Moscow from February 9-18.

Called bliny in Russian, the pancakes come in several varieties, with several fillings and toppings, from savory sour cream, caviar and salmon, to sweet honey. This year’s festival will provide guests with a unique opportunity to taste more than 170 kinds. Dip into the festive atmosphere and try Dutch pancakes, called pannekoken, made of buckwheat flour and peanut butter; brown pancakes made of bird cherry flour; and pancakes made of cedar flour, pine nuts and honey. As a filling, eaters have a choice of mouthwatering Crimean jam made from rose petals and dandelion; maple syrup; black, red and pike caviar; mascarpone cheese and fresh berries. 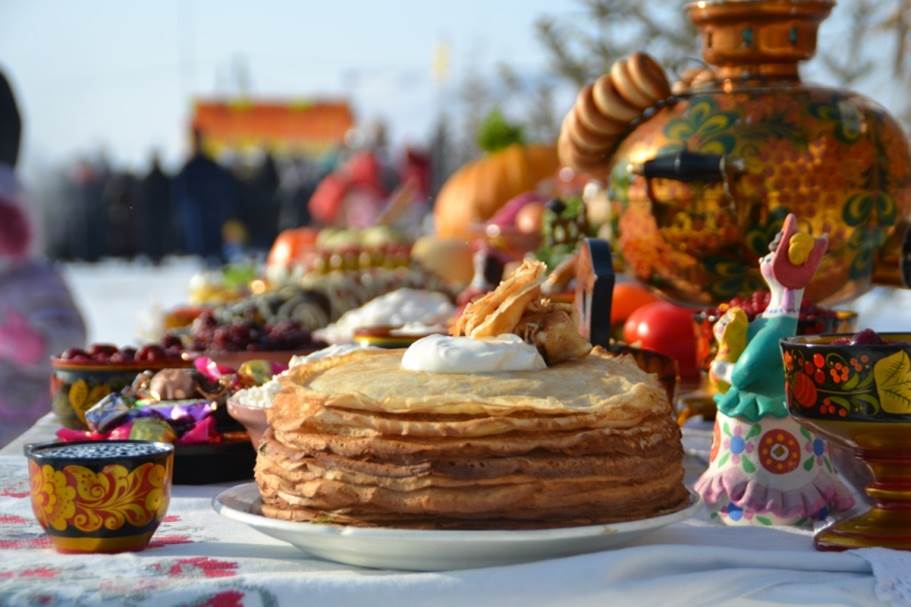 Called bliny in Russian, the pancakes come in several varieties, with several fillings and toppings, from savory sour cream, caviar and salmon, to sweet honey.

Guests attending the festival can take some cooking classes, as some organizers are planning to host a series of pancake-making masterclasses. These will be held at Semenovskaya and Tverskaya squares, at Youth Square in Zelenograd, and on the Sireneviy Boulevard in Troitsk.

When there, try not to miss theatrical performances based on Russian folklore, as well as traditional folk games. Master classes will also be held for painting wooden toys, and an exhibition dedicated to traditional Russian painting on wood. In Kamergersky lane, one can find shops that show traditional techniques of painting on dishes, souvenirs, and household items.

Theater-goers are invited to join a series of performances by seven troops representing Russia’s regions, including the far eastern area of Sakha Yakutia, as well as Mari El and Chuvashia.

There is no specific date for celebrating this event. Maslenitsa, or “pancake week,” is celebrated annually throughout the last week before Great Lent, or the eighth week before Eastern Orthodox Easter, which this year lands on Sunday, April 8.

Maslenitsa corresponds to western Christianity’s Carnival, however Russian Orthodox Lent begins on a Monday instead of a Wednesday, which is when the Roman Catholic Church celebrates Ash Wednesday and Carnival kicks off.

The festival, labeled “Moscow Maslenitsa 2018,” will take place simultaneously at 25 venues throughout Moscow, both in the center and throughout the districts of the capital city. Some of the locations are Manezhnaya and Tverskaya Squares, Tverskoy Boulevard, Ploschad Revolutsii and the Kamergersky lane. A full list of the venues could be found here.

Modern-day Maslenitsa features both pagan and Christian traditions. Originally this ancient celebration was associated with Jarylo, a Slavic god of vegetation, fertility, and springtime. Some of the oldest traditions remain alive today: the climactic part of the festival is when people gather around “Lady Maslenitsa,” a special doll, and burn her in a bonfire. It is believed that this doll symbolizes fertility, and in ancient times the ashes would be scattered around the fields by farmers who hoped for a good harvest.

If you have eaten pancakes to your heart’s content and for some reason just cannot take any more, do not leave Moscow without visiting the photo festival called “Primordial Russia,” which showcases picturesque landscapes and wild animals found in what is the world’s largest country. The event, which started on January 20, will run until March 11.

In addition, you can visit the two-day cheese festival, from February 10-11, and sample about 50 different varieties of cheese made by domestic cheesemakers. For those who want to learn how to make cheese, cheese experts will be giving a master class.