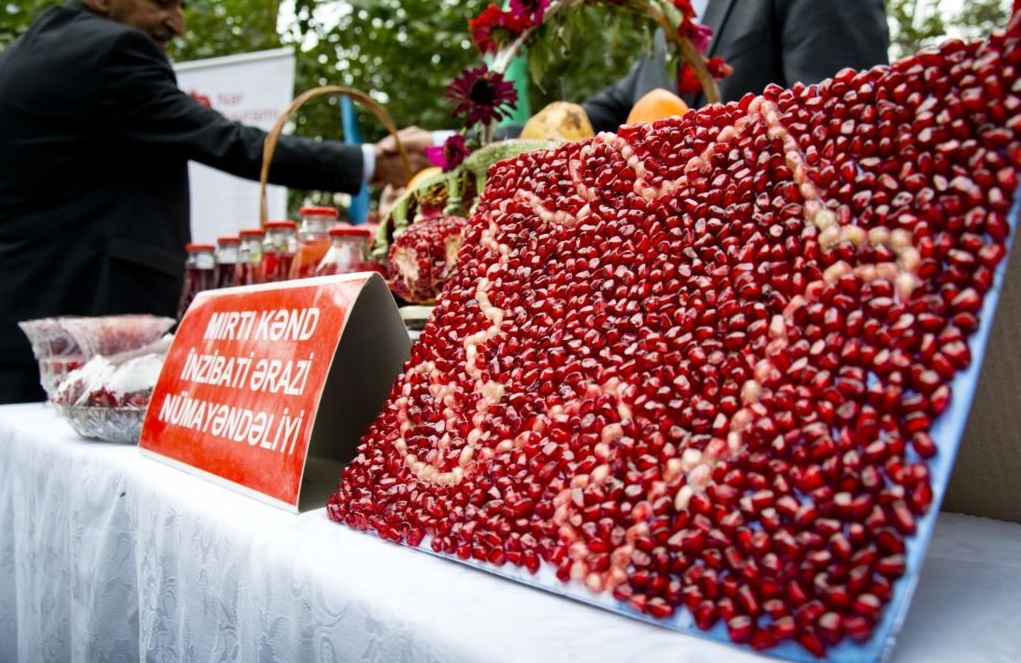 Located along the western shore of the Caspian Sea, Azerbaijan is the only country in the world that cultivates all varieties of pomegranate.

Headed to Azerbaijan? Try not to miss the Goychay Pomegranate Festival, the country’s largest celebration of pomegranate harvesting, which will take place from November 3-5.

What:  The Goychay Pomegranate Festival is celebrated annually on the first weekend in November in Azerbaijan’s city of Goychay, which is the capital of a district with the same name. A grandiose festival usually takes place after harvesting pomegranates, a many-seeded fruit covered with a tough, usually red and pink rind popular throughout the country and the region.

If you have never been to Goychay, you need not worry, as the city is very easy to navigate through and reach the central section, which draws in locals and tourists alike with its music and the smell of sizzling shish kebab being cooked over a flame. Farmers from all over the region’s 30 villages have been busy bringing their year’s harvest to the city center, to compete for the sweetest and largest pomegranate grown this season. Goychay residents will be pleased to share the ancient secrets of cooking narsharab, a traditional sauce made from pomegranates, usually used with fish dishes. 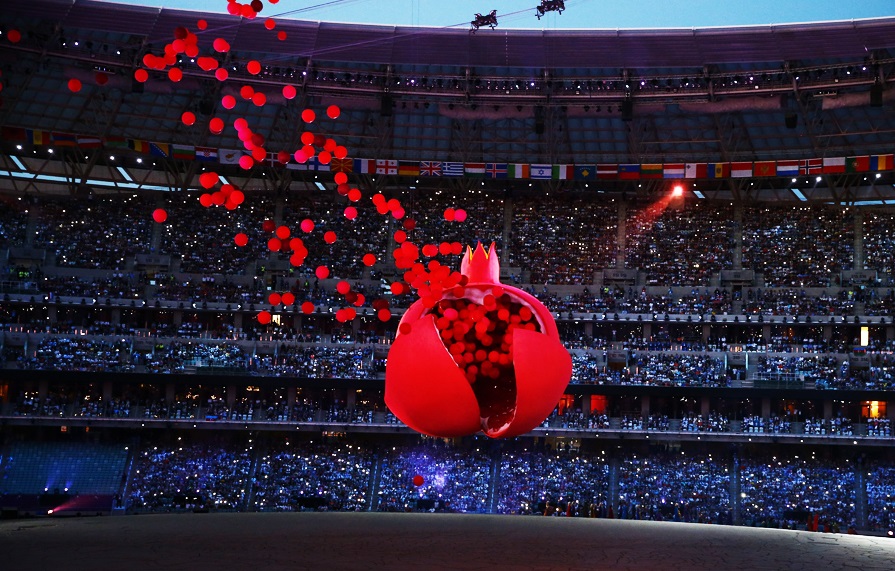 A huge pomegranate that opened during the opening ceremony of the first European Games, which took place in Baku in 2015. / Kai Pfaffenbach / Reuters

Ever since the festival started in 2006, the crowds have steadily increased. Every year people from all over the world, including representatives from foreign embassies, officials and curious tourists, flock to Goychay to attend.

Why:  Located along the western shore of the Caspian Sea, Azerbaijan is the only country in the world that cultivates all varieties of the pink and red colored fruit. Dip into the festive atmosphere of the pomegranate extravaganza, so you can sample rare varieties. This year’s gathering will feature almost 60 varieties of pomegranate, including the legendary “black pearl,” a pomegranate with a tart flavor similar to the old French wine.

While at the festival, you should definitely try versions like Veles, Shirin, Gulaysha and Shikhbaba – these for are considered the most famous and tastiest varieties grown in the country. They have an unusually thin skin, and large, sweet seeds. 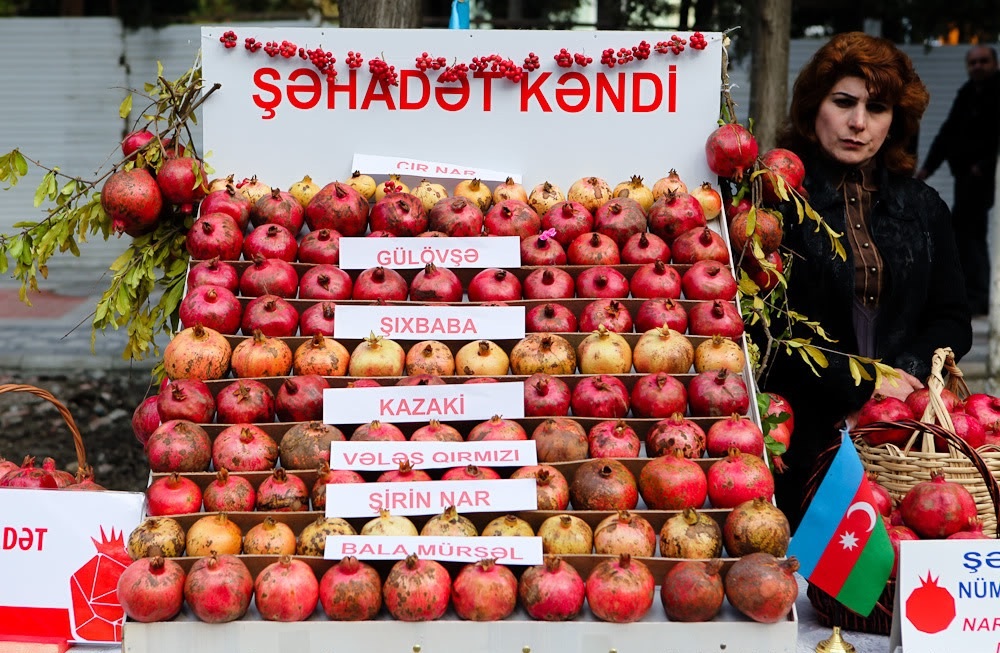 While at the festival, you should definitely try versions like Veles, Shirin, Gulaysha and Shikhbaba – these for are considered the most famous and tastiest varieties grown in the country. / Travel Hunter

Also be sure to try a delicious kebab with narsharab, as well as qutabs sprinkled with pomegranate seeds, and drink a cup of black tea while sampling some pomegranate jam. Everything is absolutely free – and that’s enough of a reason to go!

How to get there:  Pomegranate aficionados and party lovers are advised to use their own cars to arrive in Goychay. In addition, you can take a cab, or get there by bus, which operate from the Baku International Bus Terminal.

Around the area:  If you have eaten pomegranates to your heart’s content and for some reason just cannot take any more, do not leave the region without making a short trip to Gabala, one of the most ancient and picturesque regions in Azerbaijan. Located 77 km (47 mi) north of Goychay, its recommended you bring a coat this time of year, as the weather is chilly. But a visit is enjoyable and pleasant nonetheless. In Gabala, you can take in some of Azerbaijan’s eye-catching landscapes, including the country’s third highest mountain, Tufandag, and explore historical and cultural monuments. Assuming the ride to the region gave you enough time to digest pomegranate, you’ll have time to try some of the region’s unique and delicious cuisine, representative of the South Caucasus region.