U.S. Wants To Give Nagorno-Karabakh Peace Process A Boost 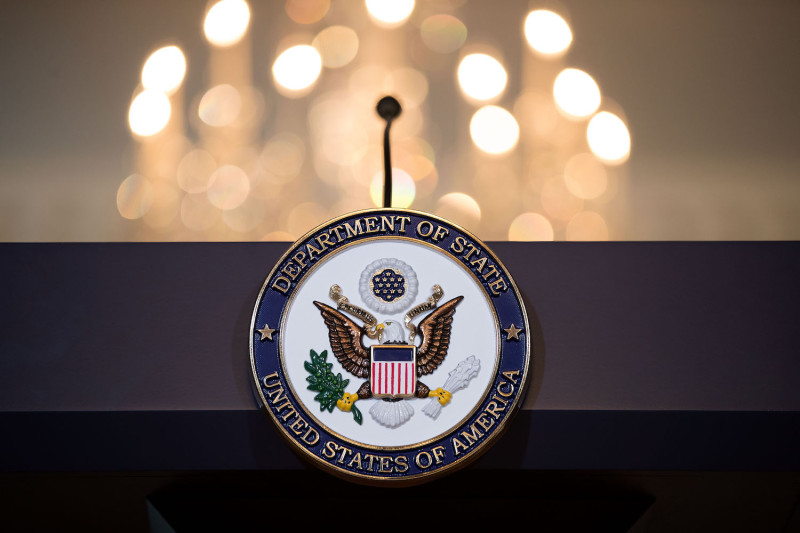 The U.S. Secretary of State may put forward his proposals on achieving a negotiated solution if ministers of Azerbaijan and Armenia agree to meet in Washington, according to Azerbaijan's Foreign Minister Elmar Mammadyarov / Drew Angerer / Getty Images

Officials in Washington are doing their part to help broker a lasting peace between Baku and Yerevan. Azerbaijan’s Foreign Minister Elmar Mammadyarov said on Thursday that a proposal from the U.S. Department of State for him to continue meeting with his Armenian counterpart came shortly after he and Armenia’s Foreign Minister Zohrab Mnatsakanyan met in Moscow on March 28.

“I briefed about our desire to resolve the conflict, which is almost 30 years old, and noted that we need to achieve a breakthrough,” Trend quoted Mammadyarov as saying during a press conference in Poland on Thursday. “Yesterday we received an invitation from the United States to visit Washington, where the Secretary of State will also put forward his proposals for achieving a breakthrough in resolving the conflict.”

Mammadyarov and Mnatsakanyan met in Moscow in what is considered by policy experts the next phase of deliberations that could help solve a longstanding conflict between the two South Caucasus neighbors over the Nagorno-Karabakh region, which is an internationally recognized part of Azerbaijan, but has been occupied by Armenia since the early 1990s. As part of a trust-building process, the two ministers agreed to let journalists from each country visit other country in necessary cases.

Negotiations aimed at achieving an end to what is an international conflict kicked off after the ceasefire deal went into effect in 1994. The armed campaign resulted in the occupation of the Nagorno-Karabakh region plus seven surrounding districts, totaling about 20 percent of Azerbaijan’s landmass. From its start in 1991, when the Soviet Union finally dissolved and until the signing a ceasefire deal in 1994, the war claimed the lives of 30,000 Azerbaijanis and displaced one million others.

The ceasefire, however, is fragile given the daily violations that sometimes escalate to war like it did in April 2016. Brief but severe hostility over four days in April proved that the conflict continues to be a catalyst for another bloody war that may result in broader regional implications, possibly drawing in Turkey, which is an ally of Azerbaijan; and Russia, which keeps a military base in Armenia.

Some analysts, including former program director at International Crisis Group, Magdalena Grono, believe that Iran – which shares a border with Azerbaijan and Armenia – could be a third regional actor, as a war could spill over into its territories. Some say it may have repercussions on the security of Europe as well.

“Of course, an escalation that could occur in the region would be very close to the EU’s borders. The EU takes that very seriously,” Grono said in a report on Nagorno-Karabakh conflict issued in 2017 by the U.S. Commission on Security and Cooperation in Europe.

The United States, along with all other countries represented in the United Nations – including Armenia – does not recognize the Nagorno-Karabakh region as an independent country. Despite its efforts, the OSCE Minsk Group, which is co-chaired by the U.S., Russia and France, has not been able to find a lasting peace to what has been a never-ending conflict.

U.S. President Donald Trump stressed in his letter to his Azerbaijani counterpart Ilham Aliyev in September 2018 that peaceful resolution of the Nagorno-Karabakh conflict will boost efforts to improve Europe’s energy security. Azerbaijan is set to pump 10 billion cubic meters of natural gas annually to Europe via the Southern Gas Corridor starting sometime next year. This will be the first supplies of gas from the Caspian Sea to Europe and serve the European Union’s interest in diversifying the continent’s energy imports.

Trump addressed a similar position to Armenia’s Prime Minister Nikol Pashinyan in January. In a congratulatory letter to the Armenian premier after his electoral win, Trump underlined the significance of a peaceful resolution to the Nagorno-Karabakh conflict in enhancing global security.