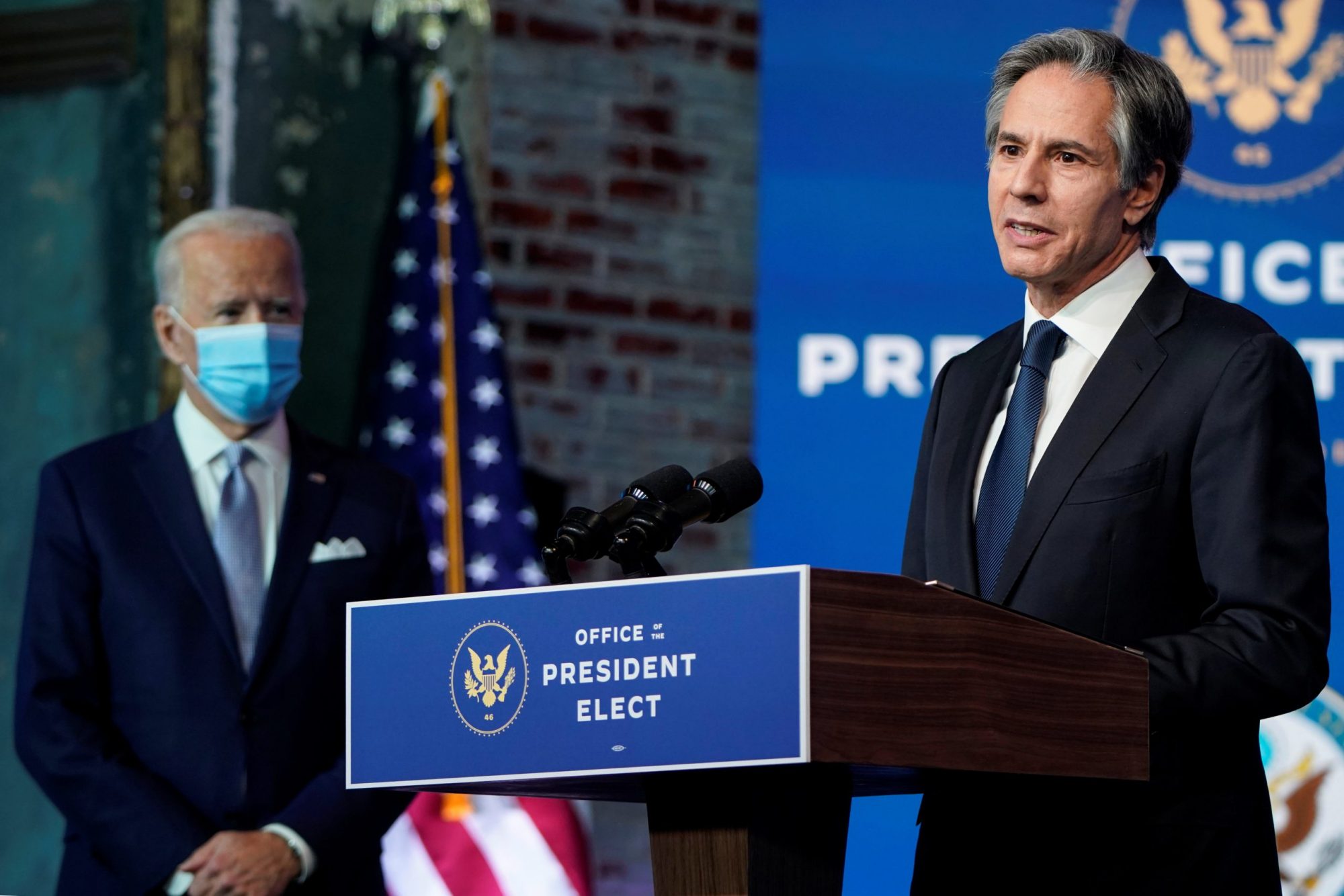 US Secretary of State, Antony Blinken, voiced Washington's readiness to support the process of delimitation and demarcation of borders between Azerbaijan and Armenia, as well as the unblocking of transport communications / Courtesy

The US Secretary of State Department, Antony Blinken, and Azerbaijani President Ilham Aliyev have discussed the ongoing negotiations aimed at achieving peace between Azerbaijan and Armenia.

Secretary Blinken revealed the details of a phone conversation with President Aliyev on Wednesday.

“I spoke with Azerbaijani President Ilham Aliyev today about how the United States can continue to support recent positive momentum on peace talks between Azerbaijan and Armenia,” Blinken wrote in a Twitter post.

According to the press service of the Azerbaijani president, the US top diplomat voiced the readiness of the US to support the process of delimitation and demarcation of borders between Azerbaijan and Armenia, as well as the unblocking of transport communications.

For his part, President Aliyev said Azerbaijan was ready to start peace negotiations with Armenia based on five principles submitted by Baku to Yerevan earlier this year.

“President Ilham Aliyev also noted that Azerbaijan had determined the composition of the national commission to begin the process of delimitation and demarcation as soon as possible, and stressed the importance of opening transport and communication lines,” the president’s press service said in a statement.

Armenia and Azerbaijan have long been at odds over the latter’s Karabakh (Garabagh) region. Following the Soviet Union’s dissolution in 1991, Armenia launched a military campaign against Azerbaijan that lasted until a ceasefire deal in 1994. As a result, Armenia occupied 20 percent of Azerbaijan’s internationally recognized territories. Over 30,000 ethnic Azerbaijanis were killed, and one million were expelled from those lands in a brutal ethnic cleansing campaign carried out by Armenia.

On September 27, 2020, the decades-old conflict between the two countries spiraled after Armenia’s forces deployed in occupied Azerbaijani lands shelled military positions and civilian settlements of Azerbaijan. During counter-attack operations, Azerbaijani forces liberated over 300 settlements, including the cities of Jabrayil, Fuzuli, Zangilan, Gubadli, and Shusha. The war ended in a tripartite statement signed on November 10, 2020, by Armenia, Azerbaijan, and Russia. Under the statement, Armenia returned the occupied Aghdam, Kalbajar, and Lachin districts to Azerbaijan.

In April 2022, President Aliyev met with Armenian Prime Minister Nikol Pashinyan in Brussels to discuss the implementation of the peace agenda. In a meeting hosted by the European Council President, Charles Michel, the sides agreed to set up joint working groups that should work on the issues related to the delimitation and demarcation of the Armenia-Azerbaijan borderline.

President Aliyev later said the Armenian authorities had accepted the principles submitted by Azerbaijan. Foreign ministers of the two countries agreed on the composition of the joint working group and the parameters of the group’s participants in two consecutive phone conversations that followed the Brussels meeting.

A significant part of the state border of Azerbaijan with Armenia, measuring 1,007 kilometers in length, returned to Azerbaijan’s control following the Second Karabakh War. The Armenian forces have committed several provocations on the border post-war, including attempts to infiltrate and capture the Azerbaijani military positions. The Azerbaijani authorities are convinced that such cases testify to the importance of the speedy demarcation and delimitation of state borders.

Meanwhile, for the second week, the opposition in Armenia has been challenging the country’s authorities through protest rallies led by former presidents Robert Kocharyan and Serzh Sargsyan. The protesters demand the resignation of Prime Minister Pashinyan and the termination of peace talks with Azerbaijan, blaming the government for making concessions as part of the peace negotiations. PM Pashinyan responded to the opposition leaders this week, saying the country’s authorities got the mandate from the Armenian people to implement the peace agenda.