US Seizes Dozens of Websites Linked to Iranian Government 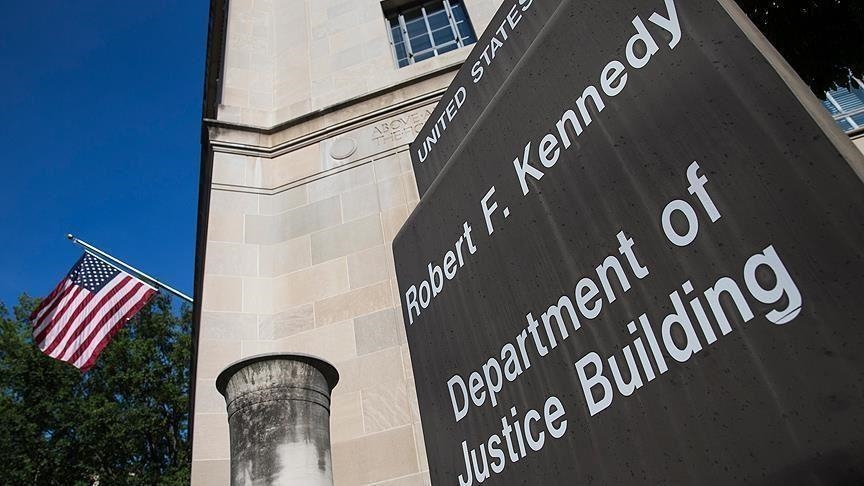 The US Justice Department has seized 33 Iranian government-controlled media websites, as well as three websites of the Iraqi group Kata’ib Hizballah, which it said were hosted on US-owned domains in violation of sanctions. / Anadolu Agency

The US government has seized 33 Iranian government-affiliated media websites, accusing them of “spreading disinformation”.

“The United States seized 33 websites used by the Iranian Islamic Radio and Television Union (IRTVU) and three websites operated by Kata’ib Hizballah [an Iraqi paramilitary group influenced by Iran], in violation of US sanctions,” the US Department of Justice said in a statement on June 22, adding that they were hosted on domains owned by US companies in violation of sanctions.

Notices appeared on the websites in English and Arabic, which linked the operation to "a law enforcement action by the Bureau of Industry and Security, Office of Export Enforcement and Federal Bureau of Investigation."

In October 2020, Washington imposed sanctions on IRTVU for what it has called the Iranian government’s interference with the US election through disinformation aimed at US voters.

The Office for Foreign Assets Control (OFAC) within the US Treasury Department, which oversees the country's sanctions regime, described IRTVU as a "propaganda arm" of the Islamic Revolutionary Guard Corps (IRGC) Quds Force, and accused it of spreading fake news among US audiences.

Both the IRTVU and IRGC have been placed on the US sanctions blacklist, making it illegal for Americans, US companies, and foreign or non-American companies with US subsidiaries to have business with them or their subsidiaries.

In response, Iranian state broadcaster IRIB strongly condemned the closure of its affiliated websites, including the English-language network Press TV, the Arabic networks Al-Alam, Al-Kawthar, and the Beirut-based website run by Yemen's Houthi rebels, Al-Masirah, and described their closure as a "flagrant violation of freedom of expression".

Iran’s Foreign Ministry Spokesperson Saeed Khatibzadeh also slammed the seizure of the domains, describing this action as an “example of the US’ systematic attempts to impair the freedom of speech at the global level and silence the independent media voices”.

“Iran rejects the US’ illegal and bullying-style move to seize the domains and will pursue the case via legal mechanisms”, Khatibzadeh added.

The move comes just a day after, Iran’s President-elect Ebrahim Raisi made his first remarks since winning a landslide victory in the country's election. He has rejected the possibility of meeting with US President Joe Biden or negotiating Tehran’s ballistic missile program.

Biden has been looking to renegotiate the Iran nuclear deal, from which former President Trump withdrew the US in May 2018 and imposed harsh sanctions on Tehran. Since the US withdrawal, Tehran has ignored the limits under the deal. Iran is now enriching uranium at 60 percent - the highest level recorded to date. However, the uranium still remains well below weapons-grade.