US Recalls Azerbaijan’s Contributions to NATO Efforts in Afghanistan 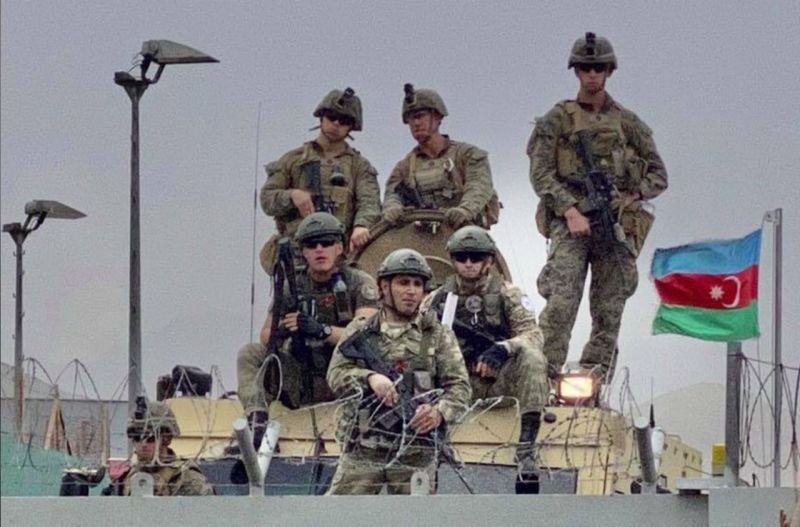 The statement was made on Thursday in a video address dedicated to the 30th anniversary of the establishment of diplomatic relations between Washington and Baku.

“We remain thankful for Azerbaijan’s support of NATO operations, including being one of the final countries to provide protection at the airport in Kabul,” Olson said, referring to Azerbaijan’s assistance in safeguarding the Hamid Karzai International Airport in Kabul after the Taliban’s rise to power in August 2021.

Back then, NATO led a massive evacuation of people, mainly Afghans, who refused to stay following the regime change in the country. The 120-man peacekeeping unit of the Azerbaijan Army, together with the Turkish troops, carried out its duties to ensure the security of the air harbor and those leaving the country.

On August 26, a few days before the last soldiers of the allied forces left the country, the Defense Ministry of Azerbaijan withdrew the peacekeeping contingent from Afghanistan.

For nearly two decades, Azerbaijan was the only non-NATO Muslim-majority country to partner NATO in Afghanistan.

Meanwhile, in her Thursday’s video address Erika Olson said Washington also worked closely with Baku to intercept dangerous materials and drugs and to protect energy assets in the Caspian basin and was looking forward to further cooperating.

According to the Country Reports on Terrorism 2020 released by the Department of State in December 2021, the Azerbaijani government actively worked to deter, detect, and defeat terrorist efforts to move people, money, and materials across its land and maritime borders and within the South Caucasus.

In August 2021, the coast guards of the State Border Service of Azerbaijan discovered and seized 21 kilograms of drugs in the Caspian Sea. Later that year, the State Customs Committee officers stopped major narcotics smuggling after confiscating more than half a ton of heroin destined for Latvia. The committee has reportedly confirmed 527.6 kilograms of heroin being found in a vehicle traveling from neighboring Iran.

Azerbaijan further tightened its grip on drug trafficking efforts after liberating its lands from the Armenian occupation in 2020. Part of the once occupied lands located along the border with Iran had reportedly been used as a transit route to channel narcotics from Iran to the European countries. According to President Ilham Aliyev, the transportation of the drugs from Iran to Armenia and further to Europe via Azerbaijan’s Jabrayil district stopped after the armed forces of Azerbaijan liberated this territory from the Armenian occupation.