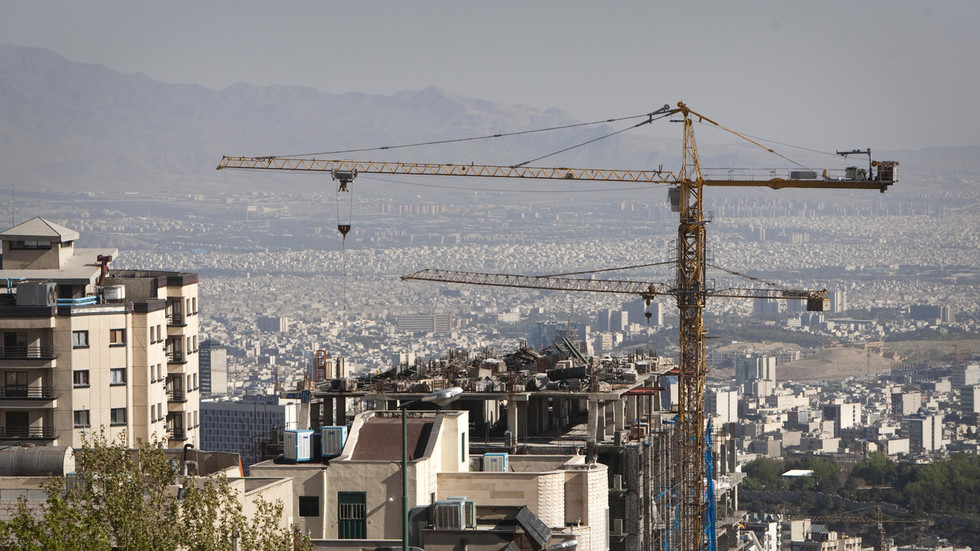 The US has imposed sanctions on Iran’s construction sector, accusing the country’s construction companies of having links to the elite forces, known as the Revolutionary Guards Corps, whom Washington has designated as a foreign terrorist organization.

"Concurrently, the Secretary [of State Mike Pompeo] made two determinations with sanctions implications pursuant to Section 1245 of the Iran Freedom and Counter-Proliferation Act of 2012 (IFCA): One identifying the construction sector of Iran as being controlled directly or indirectly by the Islamic Revolutionary Guard Corps (IRGC); and one identifying four strategic materials as being used in connection with Iran’s nuclear, military, or ballistic missile programs," US Department of State spokeswoman Morgan Ortagus said in a press release on the evening of 31 October.

At the same time, the Trump administration extended sanctions waivers on civil nuclear cooperation that allow foreign companies to work with Iran's nuclear program without US penalties. The waivers had been due to expire Tuesday but were extended by Pompeo for another 90 days.

The waivers were among the final remaining elements of the 2015 Iran nuclear deal, from which Donald Trump pulled the U.S. out in a unilateral and what was claimed by Iranian authorities as illegal move to reimpose sanctions that had been lifted under the agreement in pursue of Washington's maximum pressure policy on Tehran.

Meanwhile, the Syrian officials have reportedly announced that their government prefers Iranian companies and contractors to reconstruct the war-torn country. Currently, Iranian companies are participating in several major projects in Syria’s electricity industry.

In a meeting with his Iranian counterpart Reza Ardakanian on the sidelines of Iran’s International Electricity Exhibition on October 30, Syrian Minister of Electricity, Mohammad Zuheir Kharboutli stressed the importance of Aleppo thermal power plant project and called for Iranian private sector’s contribution to maintenance and rehabilitation of the power station, Syrian Arab News Agency reported.

He also called for knowledge transfer and exchange of experiences with Syria for the production of electricity industry’s required equipment, and also mentioned the establishment of a trilateral electricity network among Iran, Syria, and Iraq, as well as the construction of renewable power plants in his country, among other issues discussed at the meeting.

The Syrian minister underlined the formation of a joint committee between the deputies of the two countries’ energy ministries in order to follow up on the implementation of a two-year plan to supply the whole Syria with electricity.

Iran’s Energy Minister Ardakanian said during the meeting that within the next two days, a joint task force between Iran and Syria will be formed to pursue joint projects in the electricity industry, the Islamic Republic News Agency reported.

It is also possible to reopen a pipeline linking Iran and Syria through Iraqi territory to circumvent sanctions. The Iran-Syria pipeline would link Iran with the Syrian port city of Biniyas on the Mediterranean Sea, and would allow Iran to also sidestep the Strait of Hormuz for oil transportation and circumvent U.S. sanctions “amid growing fears [the Strait of Hormuz] may be closed in case of direct military confrontation between the United States and its allies with Iran,” the Russian neftegaz.ru website reported in August.

According to the plan, Iran would construct a new 1,000km pipeline through Iraq into Syria and would reopen the Kirkuk-Baniyas pipeline, which was shut in 1982 during the Iran-Iraq War. The proposal provides that both the construction of the pipeline and its maintenance would be carried out by Iran. The overall capacity of the pipeline is estimated at about 1.25 million barrels of oil per day, which equates to nearly half of Iran’s pre-sanctions crude oil exports.

In February 2019, Iran agreed to build 200,000 housing units in the Syrian capital city of Damascus. Culturally, Syria has allowed Iran to promote Shiism, issuing a decree authorizing the teaching of Shiism in Syrian schools and opened the country’s first Shiite public school in 2014. Militarily, Iran not only has access to Syrian regime military bases, but it is also constructing the largest military base in Syria, the Imam Ali compound, close to the Iraqi border, Al Arabiya reported.

Iranian construction firms are also active in Baghdad, the autonomous Kurdistan Region, and especially in the southern region of Iraq.

"Housing accounted for around 30 percent of Iraq’s construction sector, adding that the Arab country needed to build over two million new residential units to restore cities and towns devastated by Daesh [ISIS, aka Islamic State or IS] over the past five years," Hamid Hosseini, secretary-general of Iran-Iraq Joint Chamber of Commerce said in July.

Iranian contractors have been awarded more than $4 billion worth of projects in construction and industry sectors in Iraq as part of efforts to hit a target of $20 billion worth of Iranian exports to Iraq until March 2020, according to Iran's Press TV website.