U.S. Could Include Nord Stream 2 In Future Sanctions On Russia 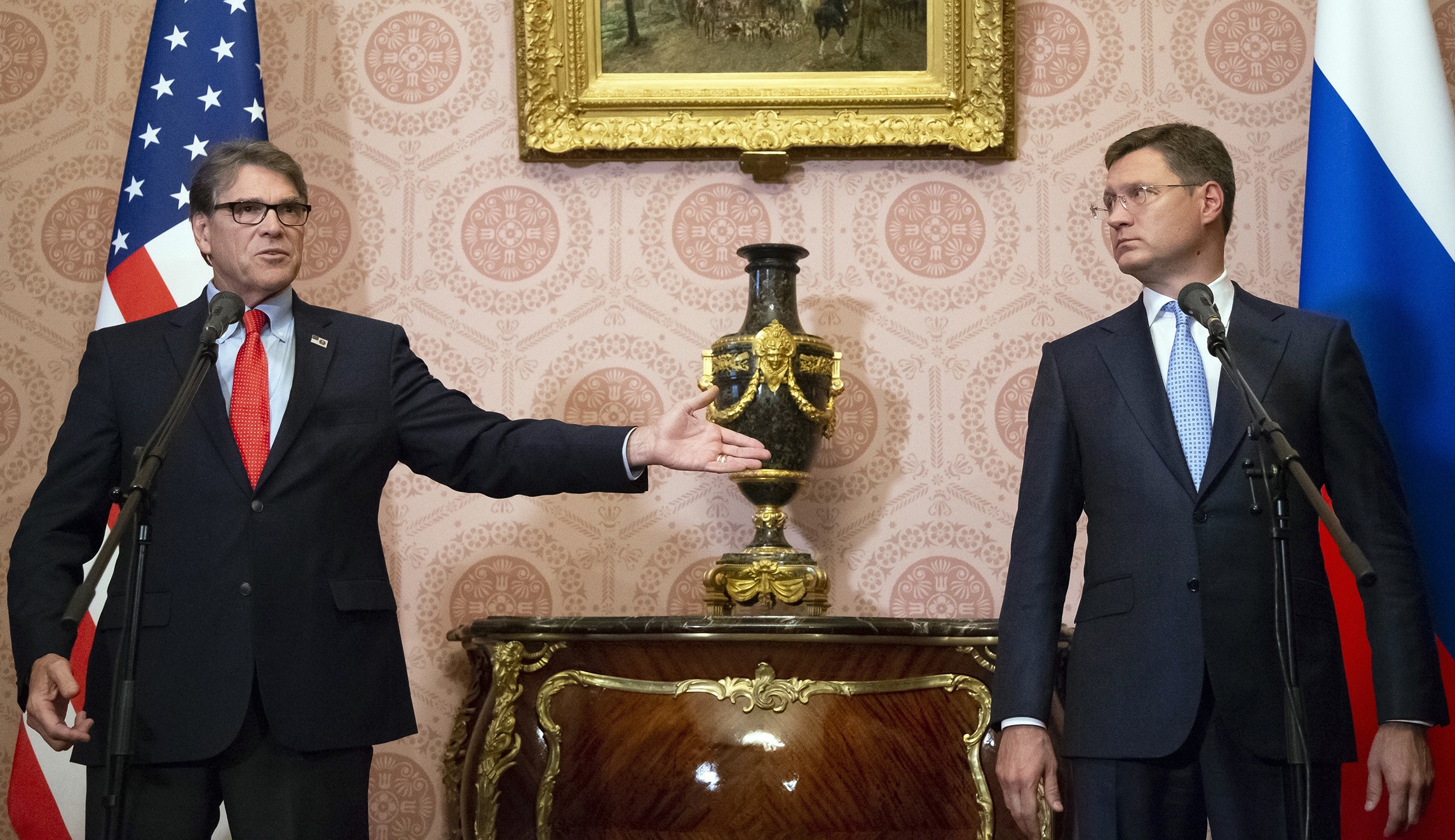 The further the Nord Stream-2 gas pipeline construction proceeds the more objections it raises from Washington. The U.S. Secretary of Energy, Rick Perry, suggested that the next bunch of anti-Russian sanctions may include Nord Stream-2, which has faced political hurdles in Europe and has yet to be completed.

“We support our European institutions to lower their dependence on a single supplier,” Perry said, following a meeting with Russian Energy Minister Alexander Novak in Moscow on Thursday. “We oppose Nord Stream 2, which would concentrate two-thirds of the imports of Russian gas in a single [route], creating a choke point [vulnerable to] disruption,” he said, according to TASS.

“The U.S. does not agree that its [the Nord Stream-2] completion is indeed in the best interest of the European Union,” Perry told reporters during his visit to Russia. Europe currently imports more than half of all the energy it consumes, making a long-term partnership with Moscow key to its economic success. Last year, Europe hit a record in terms of the volume of gas purchased from the state-run energy company Gazprom, worth $38 billion.

“It is not about stopping the United States from being a competitor, as a matter of fact, we are very supportive of a Southern route of gas, the Trans-Adriatic pipeline that is coming out of the Caspian or Azerbaijani gas,” the former governor of Texas said, referring to one of the three segments that comprise the Southern Gas Corridor and deliver 10 bcm to Europe by 2020.

Perry made it clear that while the U.S. welcomes health energy competition with Russia, it will not allow for the European energy market to be used as an economic weapon. To prevent this from happening, Perry told reporters that it is possible for the U.S. to impose sanctions on Russia’s energy sector as a result of Nord Stream 2, clarifying that this is not Washington’s preferential option, however.

For his part, Russia’s Energy Minister said Nord Stream-2 is “completely competitive, which the European consumers are interested in.” Construction of the pipeline includes companies from France, the Netherlands and Germany.

“It’s an international project, large-scale project that will serve for many decades ahead to ensure Europe’s energy needs are satisfied,” Novak said. “We hope a reasonable approach will prevail, and the project implementation will continue.”

Russian-U.S. relations have historically been rough but are under extra scrutiny since U.S. President Donald Trump’s win in November 2016. Some have accused Russia of “meddling” in that election, creating animosity that has been compounded by allegations made earlier this year by Britain that Russia poisoned former Russian spy Sergei Skripal and his daughter on English soil.

Despite the differences, dialogue between the two former Cold War adversaries continues particularly because, as Perry said in his recent press conference, “We [Russia and the U.S.] find ourselves as leading oil and gas producing countries of the world.”

“Russian-U.S. relations are not going through their best times at the moment,” Novak said at the press conference on Thursday. “But at the same time, our countries are leading energy powers, which guarantee global security. It is only through mutual efforts that we will be able to satisfy growing energy demand in the world.”