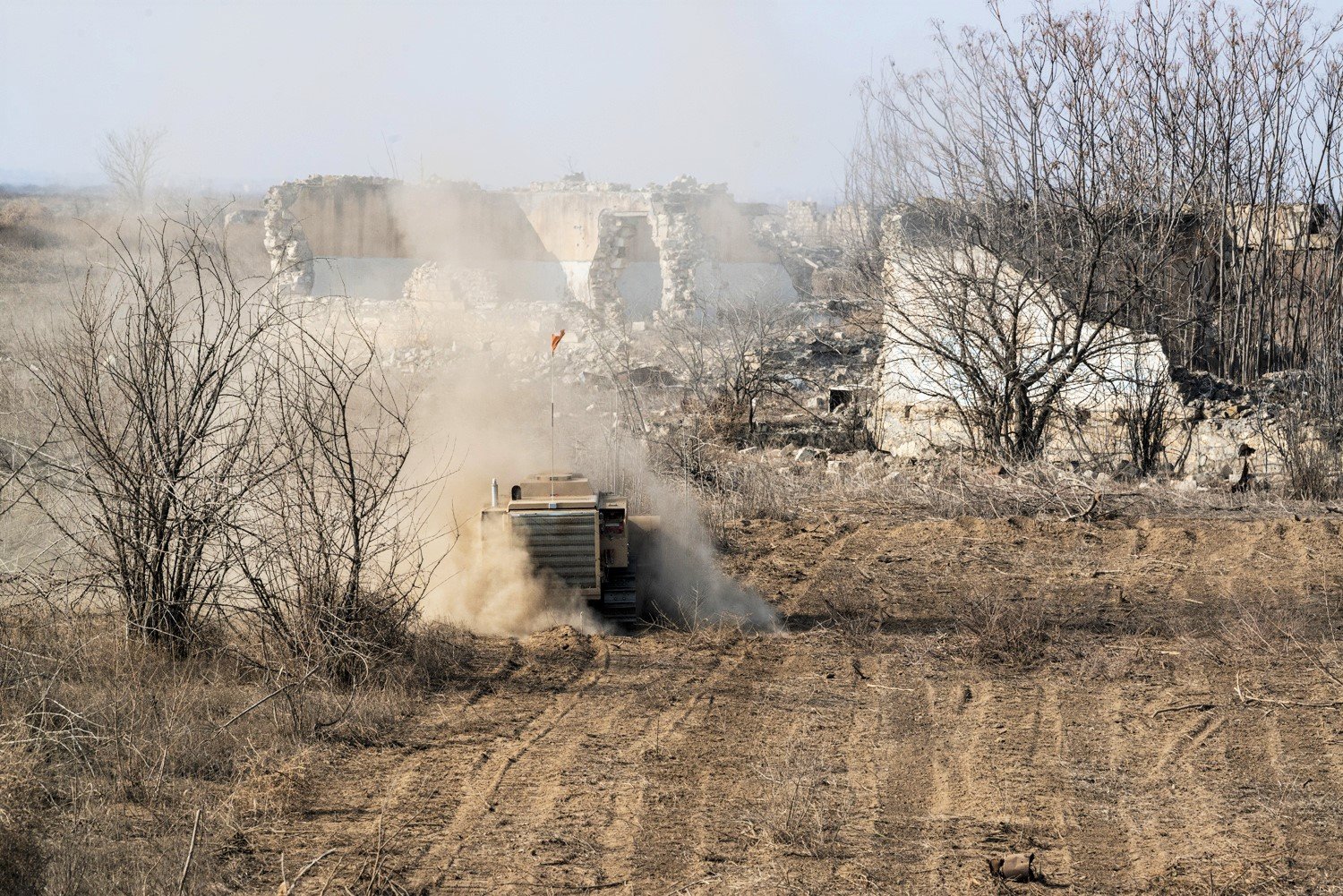 The Azerbaijan National Agency for Mine Action (ANAMA) deploys cutting-edge Turkish, British, Slovak, and Croatian production machinery. A minesweeper of local production, known as Revival-P1, is also supposed to join the mine action soon. / ANAMA

US Ambassador to Azerbaijan Earl Litzenberger has highlighted the existing landmine threat in the liberated territories of Azerbaijan.

According to him, the problem of mine contamination in Azerbaijan is critical in the light of the return of internally displaced persons, a process that is hindered by the ongoing danger of landmines.

Litzenberger offered to increase the involvement of the American companies in the ongoing demining activities in Azerbaijan.

“The United States has great experience in this [mine clearance], we can present the best equipment [...] We want to see more American companies in Karabakh,” Litzenberger said in a press briefing in Baku on Thursday.

The Karabakh (Garabagh) and East Zangazur regions of Azerbaijan had been heavily mined during the nearly 30-year illegal Armenian occupation since the early 1990s. Armenia launched a full-blown military assault against Azerbaijan following the Soviet Union’s dissolution in 1991. The bloody war lasted until a ceasefire was reached in 1994 and saw Armenia occupying 20 percent of Azerbaijan’s internationally-recognized territories. Over 30,000 Azerbaijanis were killed, and 1 million were expelled from those lands in a brutal ethnic cleansing campaign carried out by Armenia.

The mine disposal teams of the Azerbaijan National Agency for Mine Action (ANAMA), together with specialists from the Ministry of Emergency Situations, the Border Services Command, and the Turkish Armed Forces, have been conducting demining operations. ANAMA deploys cutting-edge Turkish, British, Slovak, and Croatian production machinery. France is also expected to supply demining equipment to the agency. A minesweeper of local production, known as Revival-P1, is also supposed to join the mine action soon.

Several foreign countries and organizations, including the United Kingdom, European Union, and UNESCO, have financially supported the mine clearance operations. The US-based Marshall Legacy Institute provided 20 trained landmine detection dogs to ANAMA and is expected to dispatch five more this month.

More than 200 Azerbaijanis have been killed or injured by Armenian landmines since the 2020 statement. In June 2021, two journalists and a government official lost their lives in a mine blast in the Kalbajar district.

Despite extensive efforts, demining operations have faced many challenges due to Armenia’s refusal to hand over maps of the areas where the landmines are located.