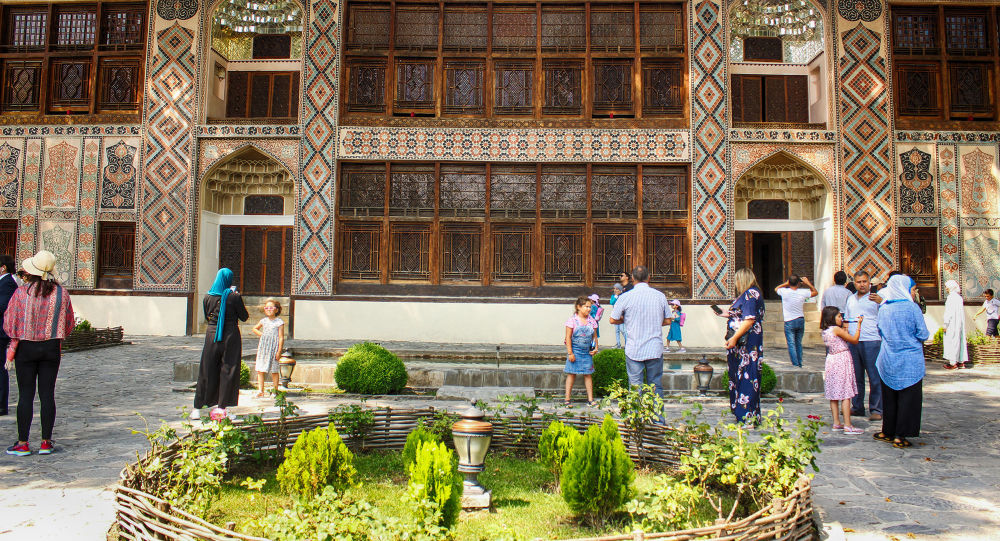 Khan's Palace in Sheki, a city that locates at the foot of the Greater Caucasus Mountains in northwestern Azerbaijan, roughly 11 miles from the country’s border with Russia / Shahperi Abbasova / Sputnik Azerbaijan

Around 9,000 foreign tourists visited Khan’s Palace, a one-of-a-kind historic site in the city of Sheki in Azerbaijan in June, according to the State Tourism Agency of Azerbaijan.

A spokesman for the agency, Kanan Guluzade, told Sputnik Azerbaijan on Wednesday that the overall influx of visitors to the site reached 24,021 over the last month. Nearly 9,000 of them are citizens of foreign countries, while the rest are locals.

Sheki is located at the foot of the Greater Caucasus Mountains in northwestern Azerbaijan, roughly 11 miles from the country’s border with Russia. The main attraction of the city’s historic and architectural sites is Khan’s Palace, a royal mansion that was built around 250 years ago. The flamboyant summer residence of the Sheki khans, or rulers, was built in the city center by dozens of skilled local craftsmen, with facade drawings depicting scenes of hunting and war.

No nails were used during the erection of the palace, which is comprised of two floors, six rooms, four corridors and two mirrored balconies. The building was constructed entirely from wooden frames. All windows and doors to the palace are made of wood and millions of pieces of stained glass, or shabaka, a decorative art found throughout the Near East that does not require adhesive to hold the glass in place.

At the 43rd session of the UNESCO World Heritage Committee held in Baku on July 7, Khan’s Palace and the historic center of Sheki were added to UNESCO’s World Heritage List, alongside 22 other historic and cultural sites from around the world.

Azerbaijan received over one million foreign visitors from January through May 2019, according to the State Statistic Committee. The figure represents a 3.7 percent increase compared to the same period last year.