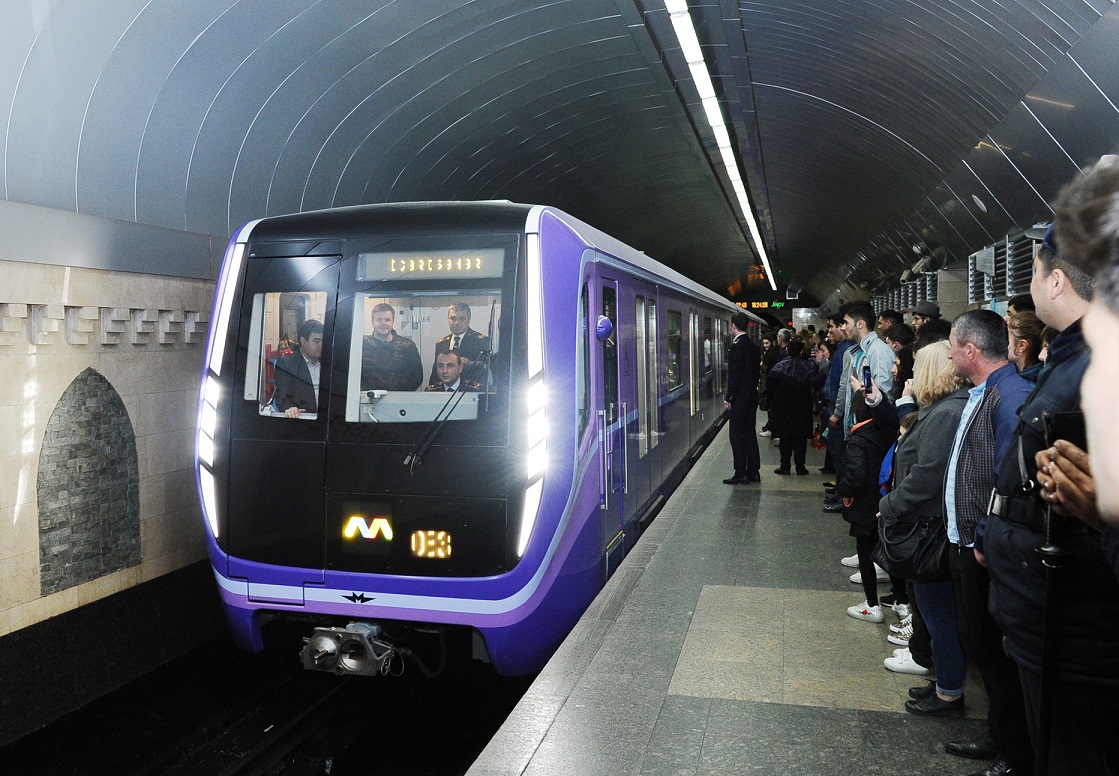 The new 81-765/766 model fourth-generation trains, more commonly known as ‘Moscow’, have been produced for the Moscow Metro since 2017 / President.Az

Azerbaijan’s central government is delivering on commitments to bring the country’s public transportation network in line with global standards, as the metro engineers put the first ultra-modern Russian-made trains on their tracks last week, in the capital, Baku.

Nasimi Pashayev, a spokesperson for Baku Metro, said the new trains are a big step towards updating Baku’s busiest public transport service to the most modern and passenger-friendly standards.

“This train is the latest model of its kind in the light of technological equipment, safety and comfort,” Pashayev told Caspian News.

“Overall passenger, as well as the seating capacity of the new train is larger. Touch screen displays are on hand inside the wagons to help commuters get necessary information about the metro infrastructure and services. Gadgets can be charged while on board thanks to a total of 80 USB ports across the train,” Nasimi said. 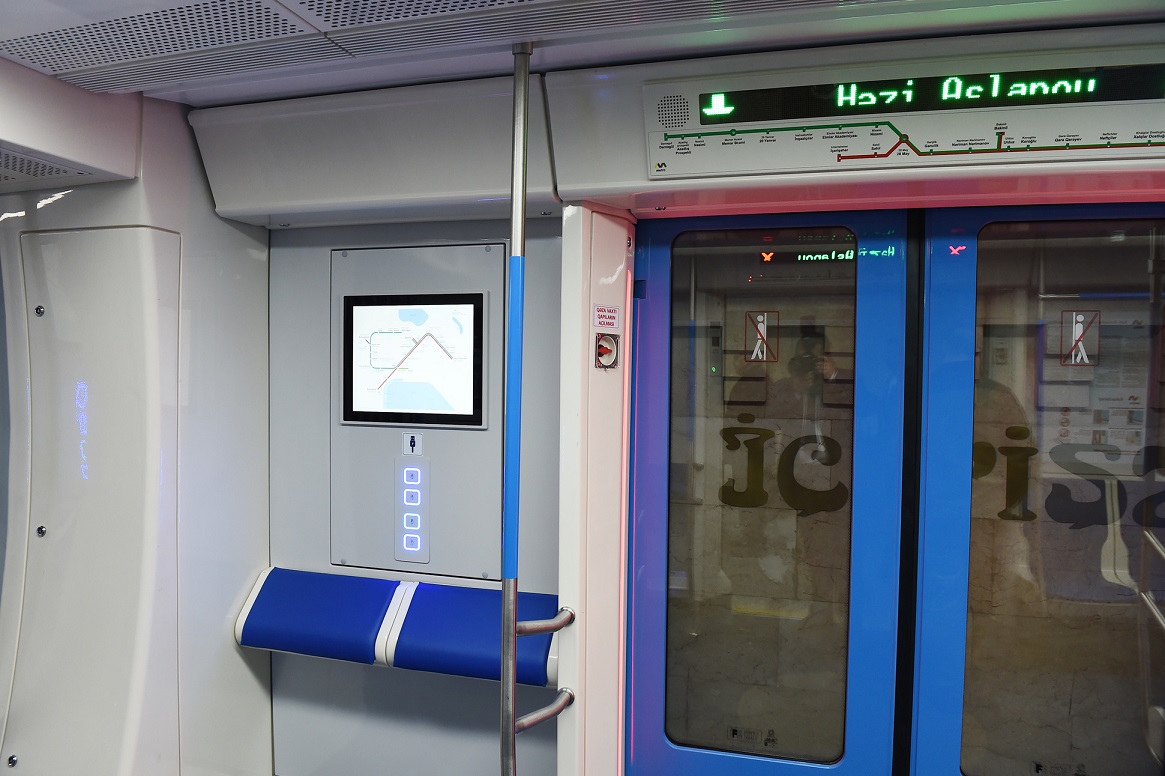 Touch screen displays are on hand inside the wagons to help commuters get necessary information about the metro infrastructure and services / President.Az

The revitalization of the city railway is a direct result of an agreement signed in February with the Russian transportation giant Transmashholding’s sister company Metrovagonmash.

“There are special seats designed for physically disabled persons with a wheelchair, as well as for hand baggage, strollers and bicycles. High-end cooling and warming systems, ultra-violet bulbs are installed to provide well-balanced and biologically clean air inside the wagons,” Pashayev told Caspian News. 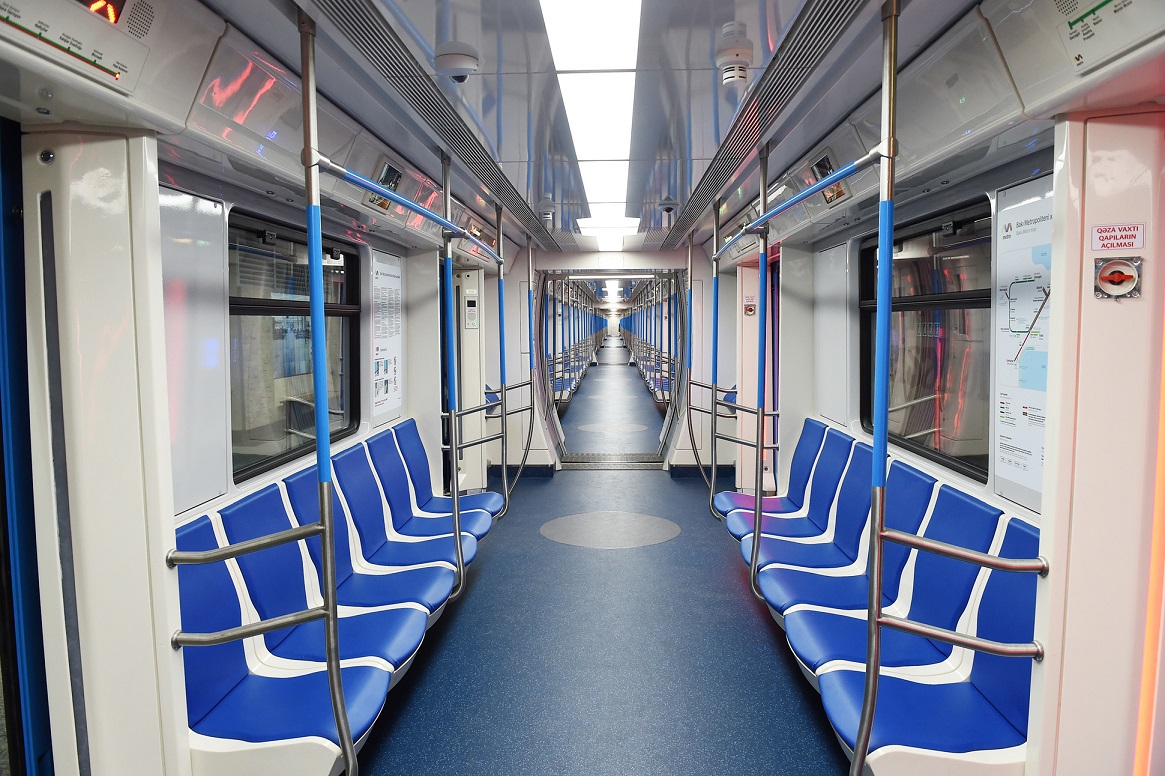 Inter-car walkways among the coaches optimizes passenger traffic flow and vertical handrails near the doors improves passenger safety while the train is in motion / President.Az

The new 81-765/766 model fourth-generation trains, more commonly known as ‘Moscow’, have been produced for the Moscow Metro since 2017. The premium five-car trains, which consist of two locomotives for back-and-forth steering and three intermediate wagons, have an estimated lifespan of 31 years. They can carry 15 percent more than the cars previously used by Baku Metro, and fit 643 passengers simultaneously on board per train.

All of the trains are equipped with wider doorways compared to previous models, as well as a new light warning system for any opening and closing doors, as passengers disembark and on-board. Indoor and outdoor video surveillance systems provide a comprehensive control over passenger-to-passenger and passenger-to-driver interactions. New low-tension wheels decrease noise through noise-absorber devices during steering and braking, making long waits at metro terminals more pleasant for passengers. 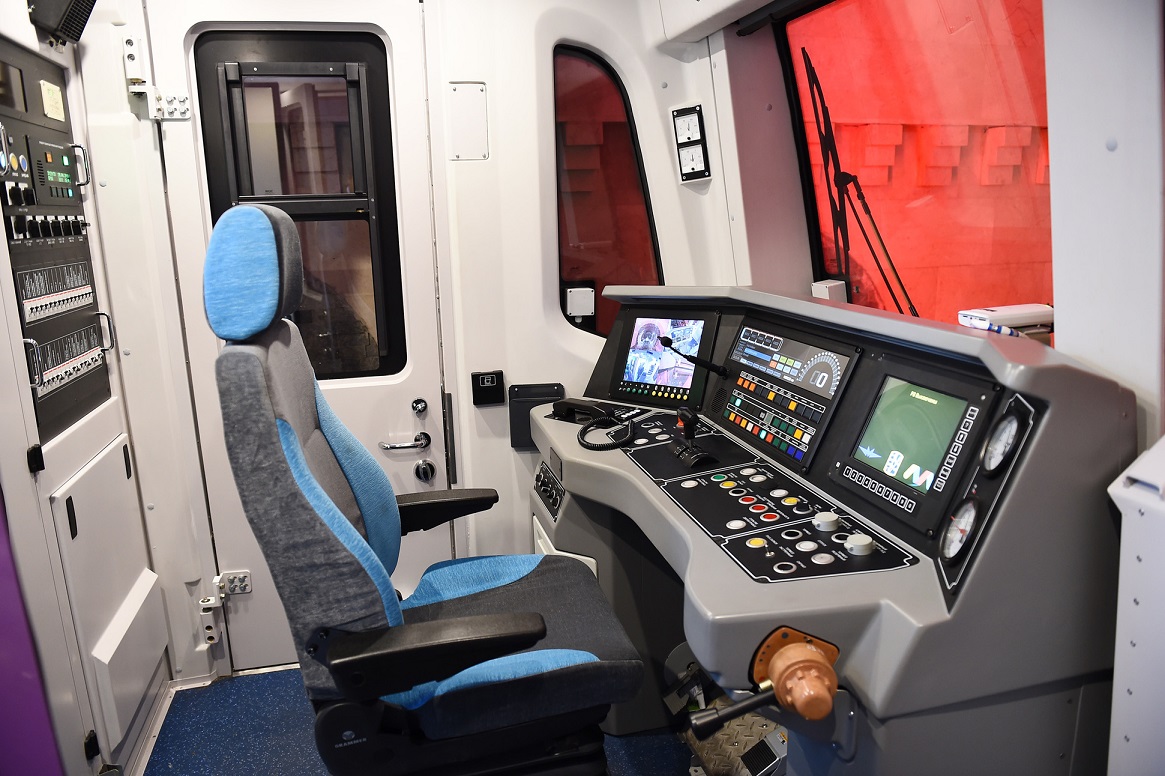 Driver cabin is equipped with an intellectual system to help driver keep vigil while steering / President.Az

“The new train will serve on all three lines of the Baku metro area. This is the first train we bought based on the agreement we signed with Metrovagonmash in February. The next will be delivered in the upcoming month,” Pashayev told Caspian News.

The Baku Metro network consists of three main lines - red, green and purple - which in total measure 36 kilometers, or just over 22 miles. The lines cover all the main boroughs of the city, including the historic Old City district and the settlements on the outskirts of Baku, as well as the industrial areas. Metrovagonmash is the largest supplier of the Caspian country’s only underground rail route, with 280 cars in depots of the Baku Metro.

Being the most popular means of mass transportation in the city, daily passenger traffic in Baku’s subway rails reaches 600,000 people, according to data provided by the Azerbaijani government. The state-sponsored Conceptual Development Schedule for Baku Metro’s expansion includes increasing the number of stations to 76, on five different lines across 119 km (74 mi) rails from north to south and east to west by 2030. As part of the expansion and upgrade policy, Baku Metro fleet will be modernized with 1,100 top-notch coaches by 2028.

“Average period of exploitation of trainsets is 31 years. As soon as they are out of date, we replace and will be replacing them with new ones. We will be purchasing more trains in future related to the expansion of the Baku metro area,” Pashayev told Caspian news.

“We’re planning to commission a new station, conditionally dubbed the B-3 station, on the purple line in 2019. This will be the third station on this line after the stations of Avtovaghzal (Bus Station) and Memar Ajami.”