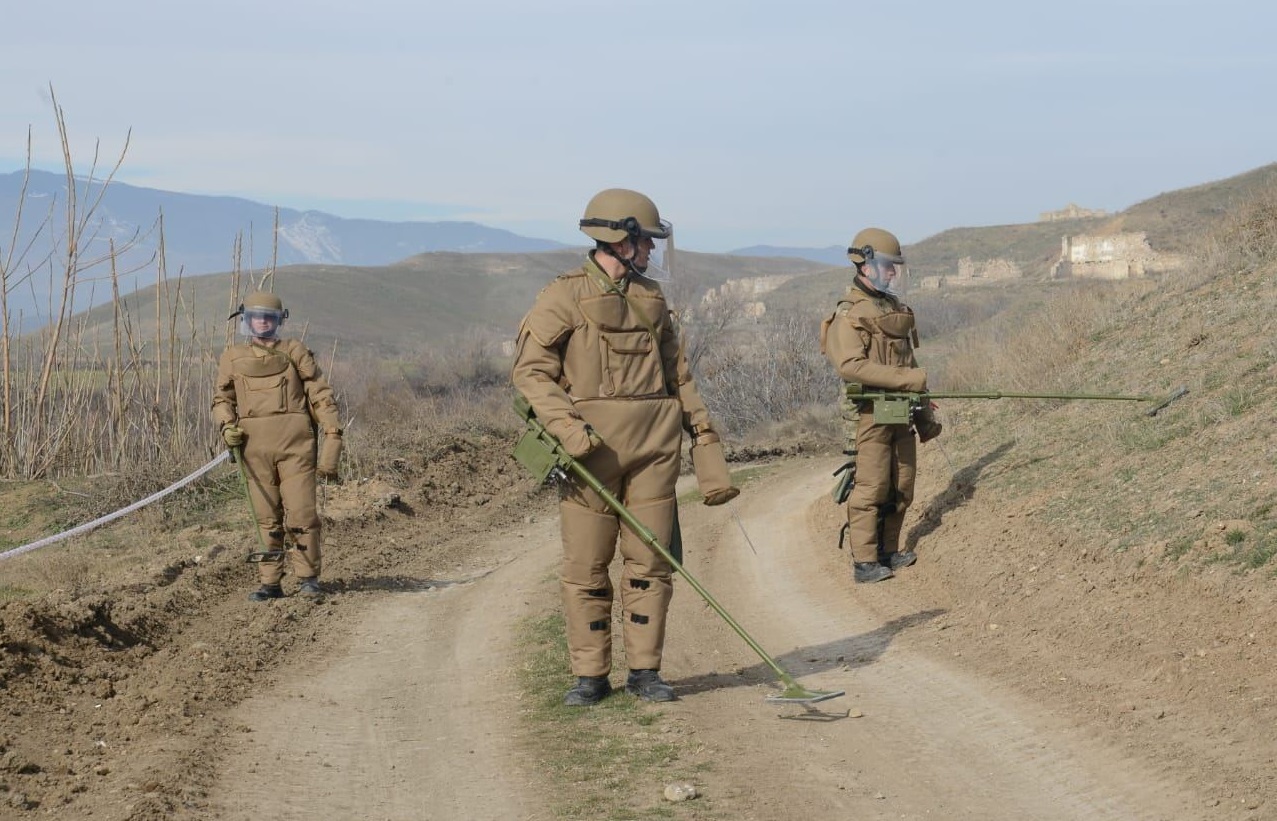 The United Kingdom (UK) has allocated half a million pounds, or nearly $693,000, to assist mine clearance operations in the Karabakh region of Azerbaijan, the British government announced on Thursday.

“These funds will help with training and personnel to support de-mining and the UK is now calling on other countries to support the United Nations Development Programme (UNDP) initiative,” the statement reads.

“We’re calling on our international partners to also support the collective effort needed if we are to ensure the safety of all people in the region” British Minister for the European Neighbourhood and the Americas, Wendy Morton, said, adding the Karabakh region is amongst some of the most heavily mined in the world, with frequent reports of civilians being injured or killed by landmines.

The UN will reportedly use funds to provide technical, strategic, and management support in order to help the Azerbaijan National Agency for Mine Action (ANAMA) facilitate mine clearance operations in the Karabakh region. Delivery of training and personnel for Azerbaijan’s national mine action program is expected as part of the UNDP response to demining operations in the liberated lands of Azerbaijan.

The ultimate goal of the UK’s financial assistance is to make the area safe, prevent injuries, and save lives following last year’s war.

The funding comes as the UK’s second involvement in humanitarian assistance in the Karabakh region. Shortly before hostilities ended last year, British authorities announced that one million pounds ($1.38 million) worth of food and medicine supplies would be distributed to those affected by the war.

Armenia and Azerbaijan have long been at odds over the latter’s Karabakh (Garabagh) region. Following the Soviet Union’s dissolution in 1991, Armenia launched an all-out military attack against Azerbaijan. The Karabakh region was occupied by Armenia in the wake of a bloody war in 1991-1994. Over 30,000 ethnic Azerbaijanis were killed, and one million others were expelled from their homes in a brutal ethnic cleansing policy conducted by Armenia.

Azerbaijan’s territories have been mined heavily during their nearly 30-year-long occupation by Armenia since the early 1990s. ANAMA deployed its specialists and cutting-edge machinery of the Turkish, British, and Slovak production for mine clearance activities in the liberated lands.

Demining operations, however, faced many challenges due to Armenia’s refusal to hand over the maps of the areas where the landmines were planted. Earlier this year, Armenia submitted some minefield maps of the once occupied Aghdam, Fuzuli, and Zangilan districts of Azerbaijan, which reportedly identify the coordinates of a total of 189,000 anti-tank and anti-personnel mines. However, the Azerbaijani authorities confirmed the maps to be only 25 percent accurate.

After the ceasefire, more than 150 Azerbaijani citizens were killed or injured by Armenian landmines in the liberated lands. On June 4, two journalists and a government official in Azerbaijan were trapped in a fatal mine explosion in the Kalbajar district.