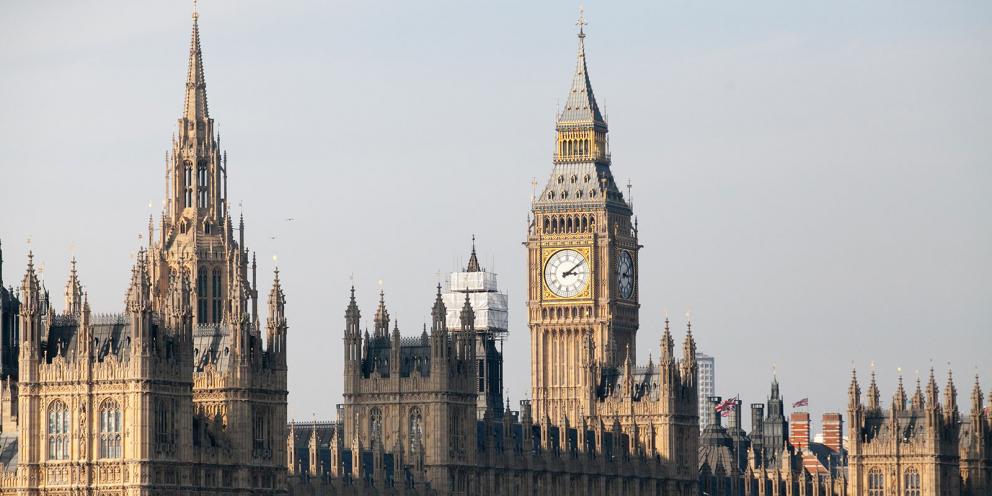 “The British Embassy in Tbilisi is aware of developments around the Anaklia Port project and Caucasus Online, and will continue to monitor the situation,” Wendy Morton, the Minister for European Neighbourhood and the Americas at the United Kingdom’s government, commented earlier this month.

Caucasus Online is considered one of the largest Georgian internet service providers. The company owns the submarine fiber-optic cable laid under the Black Sea, which is expected to become a part of a bigger project aimed at the creation of a modern transit fiber-optic infrastructure network connecting Europe and Asia through Georgia and Azerbaijan. The project to create a digital telecommunications corridor was initiated by NEQSOL Holding, a diversified group of companies operating in the UK, USA, Azerbaijan, Ukraine, Kazakhstan, Turkey, UAE, and Georgia with major interests in telecommunications, oil and gas, and construction industries.

In 2019, NEQSOL Holding purchased Caucasus Online’s foreign parent company. Prior to the acquisition, the Holding had informed the Georgian government about its plans and the bigger regional project that would provide substantial economic and political benefits to Georgia. However, months after the acquisition, the Georgian National Communications Commission (GNCC) – the national regulator – accused Caucasus Online of untimely notifying the regulator on changes in shareholder structure and fined the company six times for a total of almost $300,000, which is an unprecedented fine for Georgia and the maximum liability allowed by the law for the alleged late informing the regulator. Besides, the GNCC tried to force business owners to reverse the transaction, threatening to cancel company authorization and appoint an external administration, basically meaning expropriation of the asset.

GNCC attacks appear to be completely groundless as the shareholder structure of Caucasus Online has not changed. Only the ultimate beneficial owner of its parent company registered overseas was changed, while the transfer of shares was effectuated in a foreign jurisdiction.

Experts and officials believe the renewed law will scare away investors and make the country’s investment climate unattractive.

“The law has been passed and now we are looking at how it’s been implemented and it is potentially very damaging for Georgian investment climate,” Kurt Volker, an American diplomat who served as the US Ambassador to NATO and the U.S. Special Representative for Ukraine, said in an interview with Business Media Georgia.

“The idea of the special government administrator or forcing the removal of the officers of the company, or taking over shares, those initiatives would be very worrying for any foreign investor in any sector in any area,” Volker believes.

The amendments, which have been criticized in Georgia and abroad, were adopted in extreme haste, according to Georgian MP Levan Koberidze. “I am sure that most of those who supported this law do not even know what they did support. […] This law allows for the violation of property rights and the subordination of business to its own (government) political interests,” Koberidze told NetGazeti.

Meanwhile, it is widely believed that the renewed law targets Caucasus Online. The fact that the amendments target a specific company was also confirmed by the chairman of the parliamentary committee on economic policy and sectoral economics, Roman Kakulia, according to Levan Alapishvili, an expert based in Georgia. On July 17, Kakulia told reporters that the existing legal framework “is insufficient to prevent the company’s [Caucasus Online] activities, therefore, amendments were made to the law.”

Officials from Caucasus Online believe the GNCC can seriously interfere with the company’s activities, restrict free enterprise and property. The company said it would take all possible measures to avoid any irreversible damage that may be caused by the GNCC activities.

On August 20, the GNCC again fined the company and ordered to reverse the acquisition deal by September 20.

Ben Hodges, a former Commanding General of the US Armed Forces in Europe who chairs the Strategic Studies at the Center for European Policy Analysis (CEPA), is convinced that officials in Tbilisi keep stepping on the same rake as in the case with the Anaklia project.

“Disappointing to see the government of Georgia making the same mistakes from the Anaklia Project again with the Digital route between Europe & Asia. I urge the GNCC to prioritize what’s best for Georgia and respect the country's digital independence from Russia,” he wrote on his Twitter page.

The $2.5 billion US-backed Anaklia Deep Sea Port project was another major initiative challenged by the Georgian government. The construction of a faster maritime corridor between Europe and Asia was halted after Georgia broke its contract with the Anaklia Development Consortium.

The Georgian authorities have repeatedly introduced obstacles to foreign investors. In 2017, Georgia filed a lawsuit against American oil company Frontera Resources, accusing it of a “breach of the contract.” Earlier this year, the company was allowed to operate in Georgia, but only within one percent of the original area. The lawsuit prompted a harsh reaction from a group of US congressmen who sent a letter to the State Secretary and Secretary of the Treasury. The letter focused on the problems American investors are experiencing in Georgia, noting that “foreign direct investment into Georgia decreased by nearly 50%, while taxes and bureaucratic barriers have increased for Western businesses.”

Georgia’s investment climate has deteriorated in recent years, resulting in a significant decrease in foreign investment.

Earlier this year, the US announced that it may suspend about 15 percent of financial aid to Georgia for 2021 until its government takes serious steps to strengthen democratic institutions, fight corruption, and protect foreign investors.